Who Could Play the Part of Mary, the Mother of Jesus? | Meridian Magazine 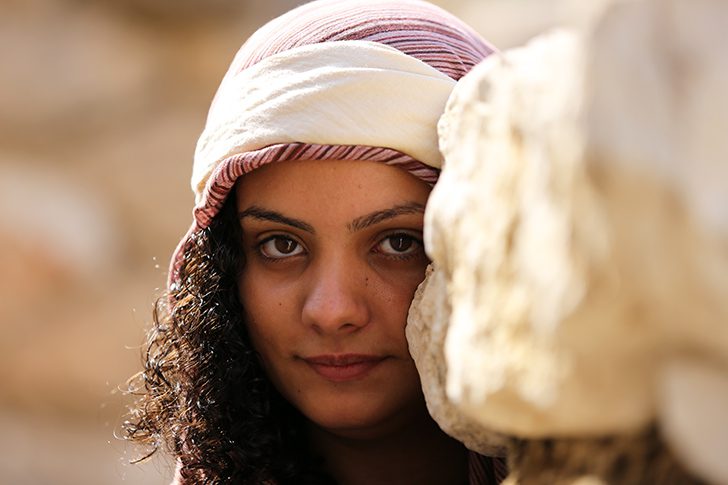 Who Could Play the Part of Mary, the Mother of Jesus?

I recently walked you through the process of finding the right person to play the part of Jesus in a photo shoot we were going to do in Nazareth one year. That worked out wonderfully and miraculously, and he is on the cover of our just-released 2023 New Testament Calendar, but how could we possibly choose someone to play the part of the young Mary, the Mother of Jesus?

I spent a significant part of my growing up years in the Middle East and I have come to know and love the people there very much. I love to study faces. I am always careful not to assign my scriptural heroes in my mind a number of very handsome and very beautiful white Caucasian faces. I’ve always wondered, “What did the Apostle Peter really look like?” “What did Mary Magdalene look like?” “What did Jesus look like in His mortal body?” Maurine can attest to the fact that every time we are in Israel, I am always pointing out faces, “Now, there’s how I would picture the widow of Nain.” I remember once we were in Nazareth and this young teenage girl got out of the car next to where we had just parked and my heart just leaped inside me. I wish to this day I would have taken a picture of her. She looked like how I had formulated in my mind that the young Mary would have looked. This was long before our proposed photo shoot.

Nephi described Mary in his vision:

14 And it came to pass that I saw the heavens open; and an angel came down and stood before me; and he said unto me: Nephi, what beholdest thou?

Well, now, as a photographer looking for an actress or model, that’s a pretty tall order. This sounds like a super model. But Nephi was in the Spirit and filled with heavenly light. My guess is he was seeing her whole soul, not just the outside shell, just as the Lord was teaching Samuel as he was looking for the one that the Lord had chosen to be anointed as king: “7 But the Lord said unto Samuel, Look not on his countenance, or on the height of his stature…for the Lord seeth not as man seeth; for man looketh on the outward appearance, but the Lord looketh on the heart.” (1 Samuel 16:7)

This made it even harder because a lot of that would then hang on my own spirituality in seeing if someone would work to play the part of Mary. We had sent our specifications and actor list to Nazareth many months in advance and we had hoped to be able to review a lot of faces for not only Jesus but also for Mary and the apostles. Such would not be our lot. Just as had been the case with the man who would play Jesus, we had no choice in the young girl who would play Mary. We had just specified, “Young girl, 14 or 15 years old to play the part of Mary, the Mother of Jesus. Must be from Nazareth, born and raised.” 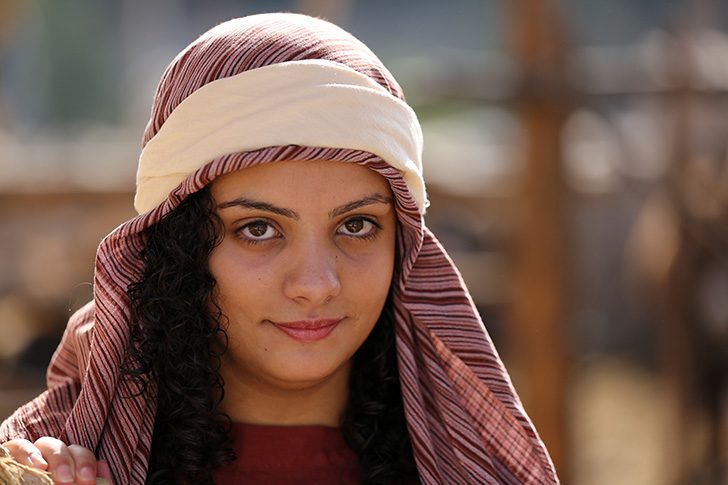 When we saw the person they had chosen for us at Nazareth Village, we were nearly in tears. Her name was Miriam (another name for Mary). She was born and raised in Nazareth. Her parents would also play in our photo shoot—her father was Peter the apostle and her mother would play the woman at the well in Samaria. She was dark-haired and dark-eyed. And she was 14 years old! Maurine and I immediately became close to Miriam. She was easy to work with. Her English was wonderful. She loved Jesus. She was able to take direction quickly and well. Her face was pure. Even the way she walked and the way she interacted with others made us feel like we were in the presence of someone very special. 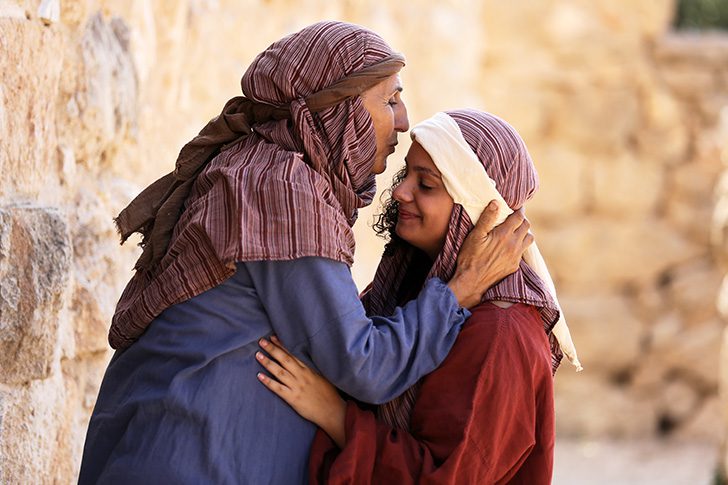 We especially loved when we did a series of walk-throughs of Mary coming to meet her cousin Elisabeth who was already six months pregnant with John the Baptist. I could have shot that scene all day long. The woman’s name who played Elisabeth was Hannah and she had known Miriam since the day she was born (in real life). They were like family and so every time I had them greet each other, they needed no direction, they already loved each other and it was a tender scene. 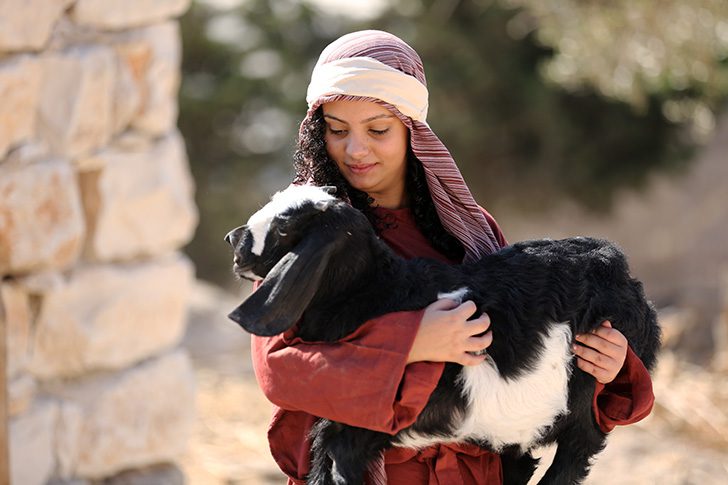 I shot Miriam carrying a little black and white sheep. I just gave her the direction to pick up the sheep and carry it and love it. She did so with a lot of grace and tenderness and that little sheep was secure and happy.

I did a number of “portrait” shoots of Miriam, just trying to see if we could get a shot that didn’t look modern, like a young girl dressed up to play the part of Mary. I think we achieved that look—much to Miriam’s credit. I ended up with so many beautiful pictures of her, it was hard to choose the one that would be on the December page of this coming year’s Come Follow Me New Testament Calendar—but I love the one we chose, the one you are seeing just above this paragraph. It is haunting to me and gives me a sense of the weight of responsibility placed on the shoulders of a young virgin in Nazareth all those many years ago and perhaps the shyness of having received such amazing words from the Angel Gabriel.

We have stayed close to Miriam’s parents over the years and have kept track of Miriam through them. She is still full of light and beautiful and pursuing her education at a nearby college. I don’t know whether Miriam looks back on those days of that photo shoot with any special feelings, but we do. We have never forgotten.