When Your Neighbors Are Just Too Friendly | Meridian Magazine 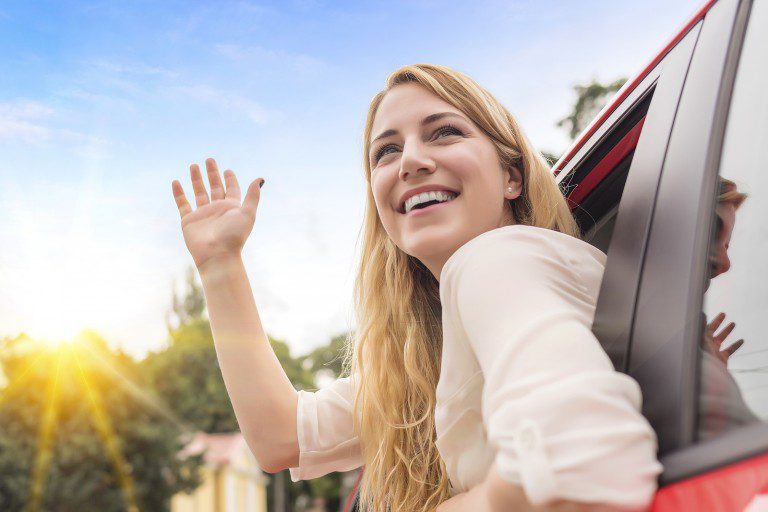 When Your Neighbors Are Just Too Friendly

There are many things that indicate the friendliness of a community, but the greatest is the desire of people to help their neighbors.  I had experienced that helpfulness and saw it again in a humorous way this weekend.

Sunday was a beautiful sunny day, the first after a couple of weeks of rainy weather.  At church, it was hard to contain the youth in the classes long enough to get through a lesson.  Trying to take them outside to teach them while they enjoyed the sunshine didn’t help.  They basked in the warmth and didn’t pay attention to anything that was being taught.  When church ended, the youth burst out the doors into the fresh air, much like frisky young creatures coming out of hibernation.

But the adults were affected by this spring fever as well.  Instead of visiting in the church foyer, as was usual, the conversations moved outside into the parking lot.  I, too, went outside.  As I was slowly moving to my car, I watched one family who was new to our community.

The wife, Brenda, said to her husband, “Honey, could you drive the children home.  I think I would like to walk home today.”

“Good luck with that,” I said.

Brenda looked at me with surprise.  “It’s not that far,” she said.  “It can’t be much more than a mile.”

“It’s not the distance,” I replied.  “It’s the neighbors.  Everyone is too friendly.”

Brenda laughed.  “How can neighbors be too friendly?”

Brenda walked toward the road.  Her husband and children passed her on their way home and waved.  They were barely gone when Brenda settled into a nice casual stroll.  But she hadn’t walked more than fifteen yards when the first car stopped.

The driver rolled down his window.  “Do you need a ride?” I heard him ask.

Brenda shook her head.  “Just out for a pleasant walk home.”

The friendly driver visited with her for a few minutes, and I could hear the angst in Brenda’s voice as she must have desired to be on her way.  Finally, the driver pulled out around Brenda and continued on his down the road.

Brenda hadn’t gone another twenty yards when the next car stopped.  Once more the driver rolled down the car window, and I heard the familiar words.  “Do you need a ride?”

I was barely within earshot, but I could sense the frustration in Brenda’s voice as she said she was just enjoying the walk.  The driver visited with her for a few minutes and then drove on.

As another car approached, Brenda appeared to quicken her pace.  But she hadn’t made it too far when the third car stopped.  By this time she was too far away for me to hear, but I could imagine that the conversation was much like the previous ones.

Instead of heading home, I decided to continue watching.  Brenda’s pace had changed from a pleasant walk to an almost-jog.  But as I watched, three more cars stopped before she had even covered a hundred yards.

I climbed into my car and started on my way home.  I watched ahead of me as cars continued to stop for Brenda to offer her a ride.  When it was my turn, I pulled up alongside and rolled down my window, but I didn’t stop.  Instead, I kept pace with her.

“Now do you understand what I meant about the neighbors being too friendly?”  I asked.

Brenda sighed.  “I guess it’s possible after all.”

“That’s why when I walk home I cut through fields or follow the train tracks,” I said.

With that, I continued on my way, but I smiled as I watched in my rearview mirror as the next car stopped to offer Brenda a ride.

I've had this same experience. I needed some exercise one Saturday afternoon and went for a walk. Within the first mile, three different cars, all driven by members of my ward, stopped to ask if I needed a ride. I solved the problem by getting a dog. When I have the dog with me, they understand I'm walking on purpose and just smile and wave.