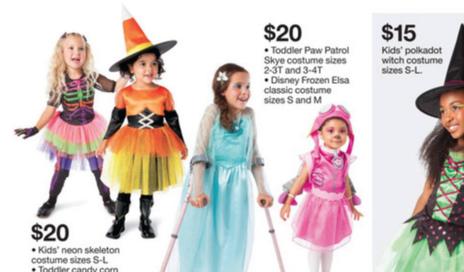 That’s because the ad featured a little girl with braces and arm crutches dressed as Elsa from “Frozen,” Olivia Niland wrote for Mashable. And encouraged parents like Jen Spickenagel Kroll took to social media to discuss why Target’s act of inclusion means a great deal to “normalizing disabilities in children.”

Perfection is valued in mainstream culture, Kroll told Laura Willard of Upworthy, so few children with disabilities have figures in media to look up to.