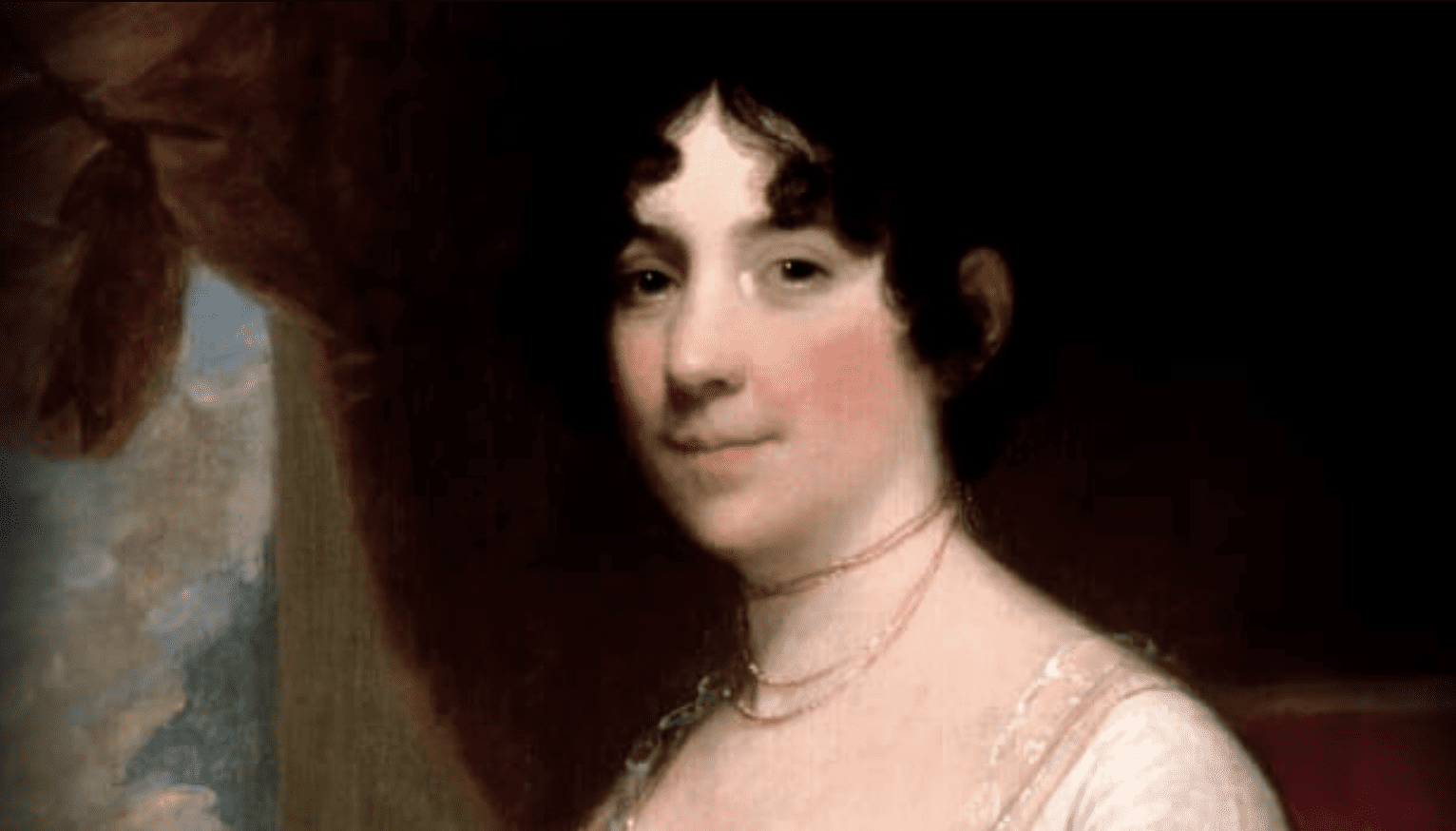 What Dolley Madison Can Teach Us About Civility in American Politics

A shorter version of this essay was recently published in the Deseret News. This longer version is published here with permission. Cover image via History.com.

Long ago, I learned an unforgettable lesson from a loving mother. Mom listened as I angrily recounted how a friend just mistreated me. After patiently listening as I exhausting all my venom, Mom led me to the freezer, selected two popsicles, and directed me to share one with my friend. Popsicles melt quickly, so I ran to my friend’s home and peace was restored.

Dolley Madison worked similar miracles at the national level, earning her the title, in my mind, of the Mother of American Civility. President Jefferson asked Dolley to serve as his first lady, a responsibility she filled with grace. When Jefferson later insulted an important ambassador by greeting him in slippers, Dolley reached out, inviting the ambassador and his wife to one of her weekly gatherings, treating them with dignity and avoiding escalation of tensions between vying nations.

Dolley’s weekly soirees were carefully orchestrated to bring divergent parties together. Realizing that John Adams and his family had been deeply hurt as a result of savage partisan attacks directed against them during the recently concluded presidential election, Dolley invited John Quincy Adams to her gatherings. In that context, John Quincy and James Madison developed a friendship and regularly worked together, despite their partisan differences.

On one occasion, John and James found a way around Jefferson’s objection that he lacked constitutional authority to sign the Louisiana Purchase. They did so by treating the agreement as a treaty requiring Senate approval. Adams, a Federalist, guided the purchase through the Senate and Madison persuaded Jefferson, providing a way for the United States to purchase 530,000,000 acres at a bargain price of just over three cents per acre.

Dolley responded by inviting attackers to her legendary gatherings, turning enemies slowly into friends. It was exceedingly difficult for anyone to respond to Dolley’s grace with anger. Governor Pinkney, Madison’s opponent in the election of 1808, acknowledged Dolley’s critical role in Madison’s victory when he mused, “I was beaten by Mr. and Mrs. Madison. I might have had a better chance had I faced Mr. Madison alone.”

Dolley’s greatest test came as the British burned Washington on August 24, 1814. On that fateful day, James left for the frontlines, instructing Dolley to save the state papers in the President’s House. Dolley loaded a wagon with important papers, as the militia assigned to guard the President’s House fled. With the assistance of a few servants, Dolley salvaged the papers and a beloved portrait of President Washington.

James sent a hurried note pleading with Dolley to flee and avoid the indignity of falling into British hands. Admiral Cockburn, the British commander, had declared, “We want to catch Madison and carry him to England as a curiosity.” Cockburn would have delighted in capturing Dolley. Shortly after her departure, the British dined on the meal that Dolley had previously set for James return and then used the love letters and Madison family belongings, which Dolley had to leave behind as she fled, as kindling to burn the President’s House.

Dolley sought refuge in an Inn. When the tavern owner’s wife discovered that her prospective customer was Dolley, she shrieked, “Your husband has got mine out fighting, and damn you, you shan’t stay in my house . . . get out!” Dolley was permitted to remain only after other customers came to her aid.  Dolley’s measured response to incessant vilification ultimately earned respect from most Americans and set the stage for “The Era of Good Feelings,” a unique period of civility in American politics.

As she grew older Dolley became destitute, receiving support from others, including Paul Jennings, a generous former Madison family slave, Nevertheless, the ever-dignified Dolley was often seen wearing slowly tattering but well-cared for gowns and her iconic turban as a distinguished guest at important public events. She was a living symbol of American unity.

On Dolley’s death, she was honored with the largest parade in the history of Washington. Mary Cutts, Dolley’s niece and biographer wrote that Dolley’s “gracious smile made friends of all . . . She always saw the good and not the evil.”

At a time when destructive partisanship is evident at every turn, we would do well to remember the example of Dolley Madison, The Mother of American Civility.

Rodney K. Smith is a Distinguished Scholar in Residence and Director of the Center for Constitutional Studies at Utah Valley University and is the author of JAMES MADISON: The Father of Religious Liberty. His second book, JAMES AND DOLLEY MADISON: An Unlikely Love Story that Saved America will be in bookstores later this year.

This article should be required reading for all members of our governing bodies.