What Did Lucy Mack Smith have to Say About Emma? | Meridian Magazine 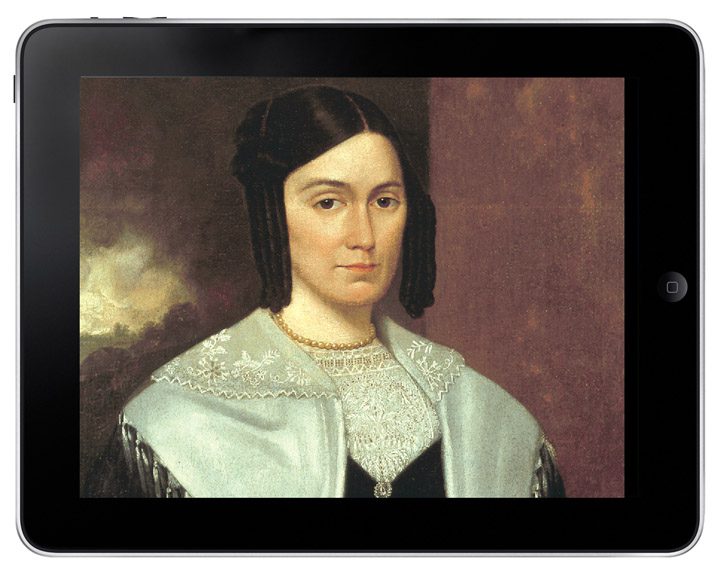 What Did Lucy Mack Smith have to Say About Emma?

Editor’s note: The following is partially taken from the new App, Witness of the Light and can be downloaded for your iPad through your iTunes account. Come and see a sample of the App here: www.josephsmithwitness.com

I like to go to original journals and accounts to help form my feelings and opinions about characters and players in early Church History. Many stories circulate that are either false or based on spurious sources. I am so happy that we have a small paragraph from Joseph Smith’s Mother as to what she had to say about her daughter-in-law Emma Hale Smith. From that one statement alone we can learn a great deal.

In the first winter after the Church was organized, Emma, with some other sisters, worked on making clothes for Oliver Cowdery, Ziba Peterson, Peter Whitmer, Jr. and Parley P. Pratt to help them on their 2,000-mile-mission to the American Indians. This was no small task as most of their clothes had to be manufactured out of raw material.

It was at this very season that Emma’s health was quite delicate and she brought upon herself a “heavy fit of sickness” which lasted four weeks. It was at this point that Lucy Mack Smith makes this most insightful comment about her precious daughter-in-law: “Although her strength was exhausted, still her spirits were the same, which, in fact, was always the case with her, even under the most trying circumstances. I have never seen a woman in my life who would endure every species of fatigue and hardship from month to month and from year to year with that unflinching courage, zeal, and patience which she has ever done; for I know that which she has had to endure-she has been tossed upon the ocean of uncertainty-she has breasted the storms of persecution, and buffeted the rage of men and devils, which would have borne down almost any other woman.”[i]

That’s a statement I have pondered about for many years—all that Emma was called upon to endure as the wife of the Prophet Joseph. Emma lost six of her eleven children. Who can measure the severity of that trial alone? Emma moved 16 times in 17 years of marriage, many times under the most difficult situations. While Joseph had more than 200 interactions with the law, many times being jailed or held against his will, Emma was the faithful wife who endured the shock of separation and the uncertainly of her husband’s safety and well being. Lucy’s statement of Emma’s “unflinching courage, zeal and patience” is a testimony all of us would love to have said about ourselves.

On March 7, 1839, as a refugee driven from the state of Missouri, Emma wrote a telling letter to her husband (who was held in the Liberty Jail) from Quincy, Illinois: “I make an attempt to write, but I shall not attempt to write my feelings altogether, for the situation in which you are, the walls, bars, and bolts, rolling rivers, running streams, rising hills, sinking valleys and spreading prairies that separate us, and the cruel injustice that first cast you into prison and still holds you there, with many other considerations, places my feelings far beyond description. Was it not for conscious innocence, and the direct interposition of divine mercy, I am very sure I never should have been able to have endured the scenes of suffering that I have passed through…I still live and am yet willing to suffer more if it is the will of kind Heaven, that I should for your sake…No one but God knows the reflections of my mind and the feelings of my heart when I left our house and home, and almost all of every thing that we possessed excepting our little Children, and took my journey out of the State of Missouri, leaving you shut up in that lonesome prison. But the recollection is more than human nature ought to bear.”[ii]

Emma Hale Smith was a remarkable woman, surely foreordained for her position in this last Dispensation, and one we can admire and from whom we can learn great lessons.

Was Lucy Mack Smith a credible witness of her daughter-in-law, Emma? She was likely the most credible witness as she gives us insight and understanding only she could give—because, as she said, “I know that which she has had to endure.”

This story and insight, with scores of others, is contained in the new App, Witness of the Light, and can be obtained for your iPad through your iTunes account. Please see sample spreads of the App here: www.josephsmithwitness.com

Emma was the "Remarkable Lady of the Last Days", I sincerely believe. She is deserving of a crown in heaven standing next to her husband, one of the greatest prophets who ever lived. Just the loss of all her children under such difficult situations was enough to break the hearts of most loving mothers and women. I lost one baby at 6 months of pregnancy and have never forgotten it; how did she ever survive all her losses with the turmoil and stresses of their lives? She truly is an elect lady, whom we should all admire. Polygamy was the least of her trials; I am sure she had the love of the Lord in her heart for the other women. Maybe they helped with the housework while she was going through all the other events!! Wouldn't that be a blessing?! Don't judge either her or the Prophet; none of us can.

Very well said, Jim. I have pondered all that Emma was called to endure and can only imagine how heartbreakingly difficult her life was, but to read what Lucy says of Emma, it seems she bore all of her hardships with grace. I feel that Emma and Lucy had a relationship very similar to that of Ruth and Naomi, so it does not seem logical that Emma would have left her beloved Lucy. These four women, and countless others in the ancient and modern history of Christ's church are my heros and I dream of being like them & meeting them all, someday:-)