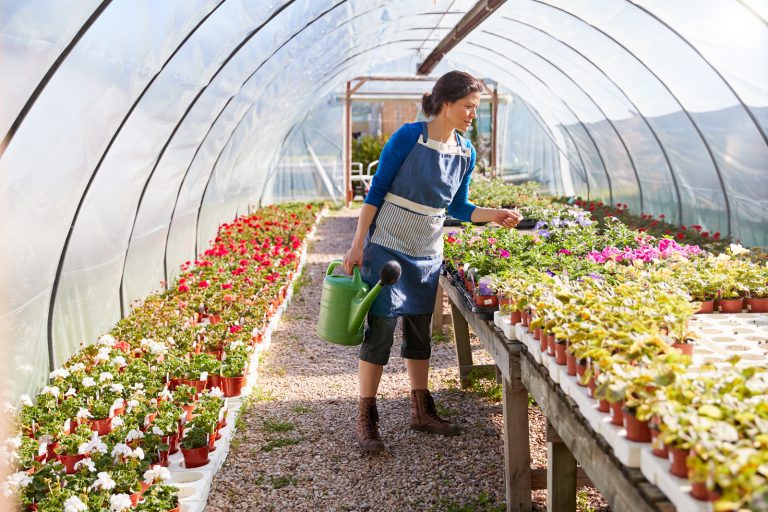 With things opening back up a bit from the virus lock-down, I decided it was a good time to go to the nursery to get some flowers for my wife. She loves wave petunias in hanging baskets around our deck.

I went to the nursery where my daughters used to work. Everyone was working feverishly to have everything in full bloom for Mother’s Day. Most of them were busy watering. The water had a fertilizer mix that the plants loved, and it helped them to grow quickly. A few were already in bloom, but others were still quite small.

As I watched the workers, I remembered a story my daughter, Heather, told me about one Saturday before Mother’s Day. That day was always crazy, and for the employees, it was all hands on deck. I have gone there on those days and found no parking available in the parking lot, and I had to park out on the street.

The year Heather mentioned was an exceptionally busy one. The place was packed. Heather was assigned to water some greenhouses. But if a customer asked for help, that came first. Heather would hardly get any watering done between customers asking her to lift down the hanging baskets. Heather kept a pole nearby that had a hook on it. With it, she could safely lower the desired basket to the waiting customer.

As soon as she would get back to watering, someone else would ask for a basket. The problem was that the greenhouses took hours to water, and it had to be completed even if she needed to stay after work. She hoped she wouldn’t have to stay that late. She had arrived before seven o’clock in the morning, and closing wasn’t until eight o’clock at night.

Then an emergency happened, putting an end to the watering and all other activities. A mother started screaming that she couldn’t find her five-year-old son. All employees were enlisted in the search. There was a canal on the far edge of the property, and some went to search there. Even some customers joined in the hunt for the little boy. But he was nowhere to be found.

All sales ground to a halt, and a huge line formed at the checkout. After searching everywhere they could think of that a small child might be, the owner designated two employees to continue the hunt while the others returned to their assigned tasks. Heather went back to watering.

She was watering a section of plants laid out in trays on tables built from pallets. The plants were dense in the trays and covered the area completely. As she was watering, she suddenly thought she heard a child crying. She turned around but could see no one, so she continued to water. But as she did, the crying grew louder.

Finally, she shut off her water and listened. The crying sounded like it was right beside her, but no one else was in the greenhouse. Then, suddenly, she had an idea. She knelt and looked under the table. There was a small boy hiding there. He was soaking wet and shivering.

Heather called another employee and informed her of what she had found. The employee left at a dead run and soon returned with the panicked mother. The mother came, knelt, and looked under the table.

“Timmy,” she said, “what are you doing under there?”

“I’m hiding from you because you wouldn’t buy me any candy.”

No amount of coaxing from the mother could get the boy to come out, and the hole was too small for an adult to get through.

Eventually, the mother said, “Well, this young lady needs to keep watering. I’m going to have to let her do her job. I just hope the fertilizer in the water doesn’t make your hair fall out or something.”

And with that, the little boy came out from under the table.

Ah yes!! The wisdom of a Mother!