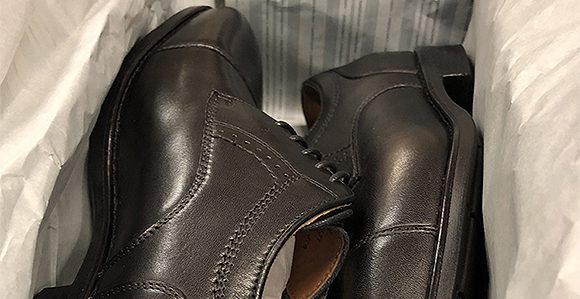 Walking in the Prophet’s Shoes

The following was written by Gerry Avant, former editor of the Church News. To read the full article on LDS.org, click here.

June 1980, I traveled with President Spencer W. Kimball and his wife, Sister Camilla Eyring Kimball, to an area conference in Lakeland, Florida.

From the start of his presidency, President Kimball was holding area conferences in arenas and stadiums across the globe, from Scandinavia to the Far East, and from South America to South Africa to the South Pacific. In 1979 and 1980, he held similar area conferences across the United States, including the June 28–29 conference at the Lakeland Civic Center, located between Tampa and Orlando in central Florida.

On the first evening in Lakeland, I took the hotel elevator to the floor on which those of us from the “Salt Lake group” had our rooms. When I arrived on the floor, I saw a man walking in the hallway. He was walking when I left about 15 minutes later and walking still when I returned about an hour after that.

A local Latter-day Saint, he had been assigned to serve on the security detail during the prophet’s stay in the hotel. Back then, there weren’t several full-time security personnel traveling with the prophet, but rather local members were recruited to position themselves at a small table near the floor’s elevator and stairwell—more to protect the leaders’ time and energy from local members trying to meet and greet the prophet.

I made a comment to the walking man, something along the line of, “Are you getting your exercise?”

With a big smile lighting up his face, he exclaimed: “I’m walking in the prophet’s shoes! I’m breaking them in for him. I’m going to wear them all night.”

Years ago I attended a wedding of a niece in the SL Temple. Arthur Haycock was a cousin to the brides father and conducted the wedding. He shared a few experiences he had as secretary to the prophets. He accompanied President Kimball to a conference in South Central Utah. There were no hotels so he stayed in a very nice home with a member family. He was escorted to a nice private bedroom where he prepared himself for the evening. The bed was a large four poster bed and was quite high. He being a short person could not climb onto the bed, so he took a running leap, landing on the bed, and at that moment it came crashing down. The host called asking if he was OK, and he replied that everything was fine. Then he spent the evening putting the bed back together. Brother Haycock did not report whether or not he slept in the bed or on the floor.