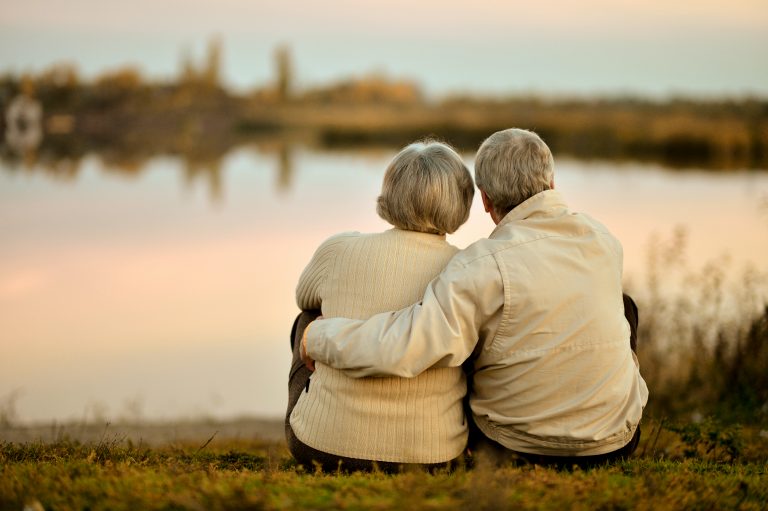 Ron and Edna were very young when they got married, but after a bit of a rough start, they did everything together. They especially liked to garden together. Many people in our small, rural community were recipients of produce from Ron and Edna’s garden. I often received the biggest pumpkins I have ever seen outside of a National Geographic magazine picture.

Ron got so he really didn’t like to do anything without Edna. If it was something just for the men in the community, he didn’t want to go. But if something exciting or unusual was happening, he would rush home to get Edna, even if that meant he would miss part of it.

It could be when the girls and their fathers were having a mud pit pig catch for the daddy-daughter dates. It might be an old gravel road finally getting paved or ground being broken for a new home. If it was something he was interested in, he wanted to share it with Edna.

But then Edna got really sick. Ron never left her side, other than to get things she needed. Even then, he might ask a neighbor to pick up a prescription or grab some groceries so he could stay by her side. With Ron’s tender care, Edna pulled through.

Then came the year that Ron and Edna didn’t plant a garden. Even as they grew old and struggled to maintain the garden, they had always had one. So, when no garden was planted, I knew their health must be declining. The good people of the community returned the favor they had received over the years and shared their garden harvest with Ron and Edna.

A few more years went on, and then, in a very short time, Ron’s health plummeted. He suddenly didn’t have the strength to take care of himself. Ron was a big man, and Edna was a small woman. She could not manage alone, but she didn’t want Ron to be in an assisted living home or anyplace away from her.

With Edna’s permission, the men of the community organized to help. I took two mornings and one evening each week. I would go in the morning and help get Ron up, to the bathroom, or anything else he needed, and then to his chair. At night, I would reverse the process. Ron had always been independent, and it was hard for him to accept the help, but he was grateful to stay with Edna.

When I would knock on the door, their little dog, Dude, would make a fuss trying to protect them.

Dude would then let me come in. After a while, Dude got used to me and greeted me at the door. He seemed happy to see me because, once Ron settled into his chair, Dude could curl up in his lap. When I finished helping Ron, I often sat down to visit, and his positive spirit helped me.

Sometimes he told me stories about him and Edna. He knew his time was growing short, so other times he asked me to share my feelings about what happens after death.

And then one morning, just as I was leaving to help Ron, I got word from Edna that he was gone.

Ron’s loss was hard on Edna, and the good people from the community often stopped to visit. One time when I stopped in, Edna expressed how much she missed him. Then she said, “Tell me again what you shared with Ron.”

I nodded. “I believe that when we die, we will be with those we love. The Savior told us to love one another, and love transcends the greatest challenges of all, even death. If we are not with those we love in heaven, it wouldn’t be heaven. It would actually feel like a punishment for loving others as we have been told. God would never punish us for doing what he asked. You and Ron will be together again.”

Edna smiled. “I believe that, too. I just like hearing you say it.”

Recently, Edna left us to join Ron. I imagine some big, exciting event was happening in heaven, and Ron didn’t want Edna to miss it, so he came to get her. That’s what he always used to do when he was here.

This was just a lovely read that brought tears to my eyes. Thanks for sharing!

Lovely story.... Eternal life is too good not to be true!