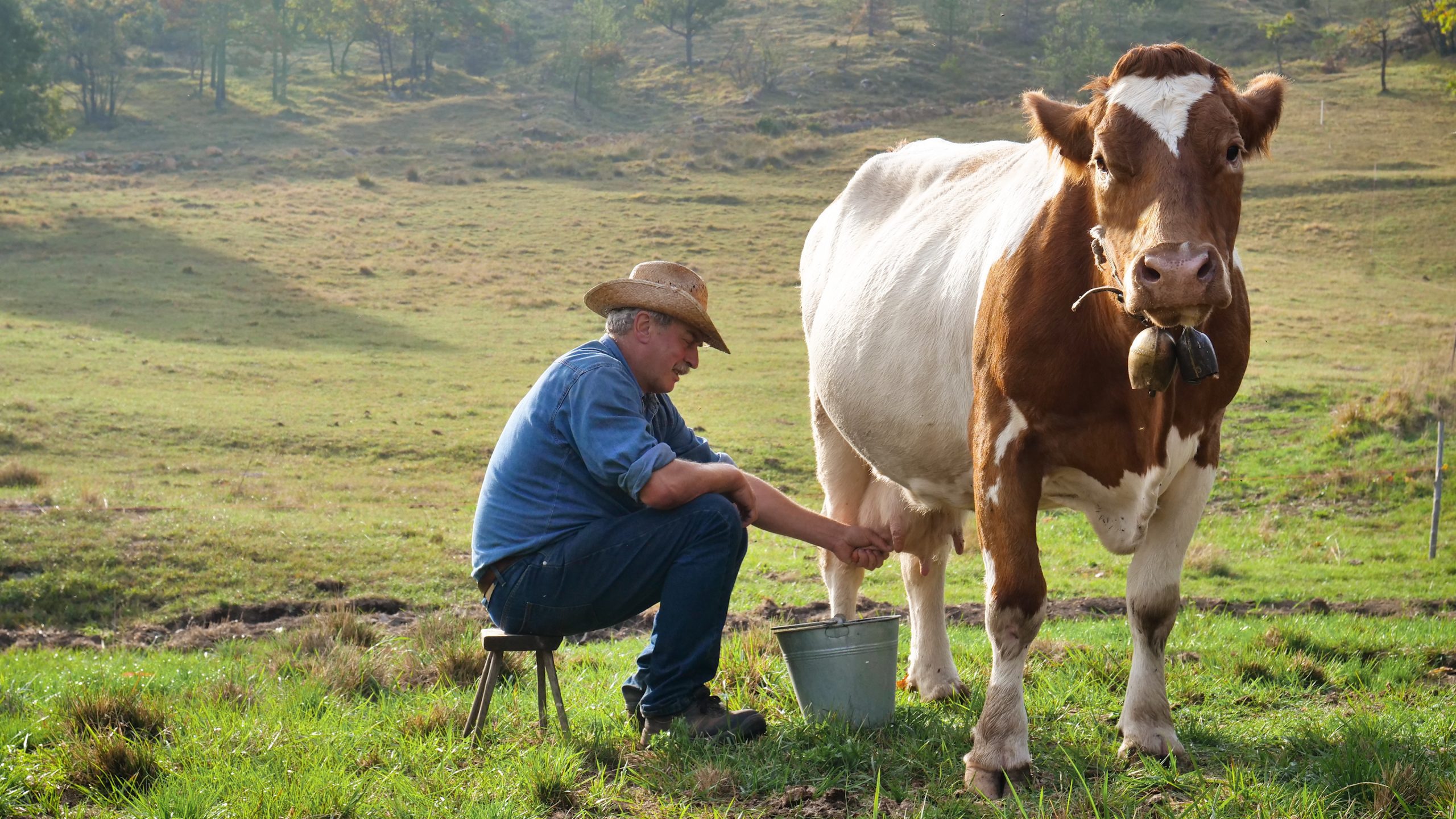 Ron and Edna got married very young. They didn’t get much of a honeymoon because Ron owned nine milk cows, and someone had to be there to milk them. And once they got married, Edna joined Ron in the milking. She said it may not have been romantic, but they were together.

Then, not long after they were married, some of Ron’s friends asked him if he wanted to go fishing with them. They planned to camp and fish all weekend. Ron could never really get away before. But then he thought about it and smiled.

“You know, I can go. I now have someone to milk the cows.”

The problem was that Ron didn’t consult with Edna about leaving her with all the chores. And when milking time came, and she realized she had all the tasks to do herself, she was not happy. When Ron came home Sunday night, she was waiting for him.

“What is the big idea of going off and leaving me to do the chores while you’re fishing?” she demanded. “And you didn’t even ask me.”

Ron felt sheepish about it and tried to apologize.

“It’s lucky you had the keys to the car, or maybe not lucky,” Edna said. “Anyway, when I realized you had just taken off with your buddies, I decided I was just going to leave, and you could come home to be alone with your unmilked cows. But since the keys were gone, I decided to stay and milk them.”

With some profuse apologies and planting some hedges of flowers that Edna loved, Ron was able to smooth things over. Then they had a good talk. Edna said she married him to spend time with him. It wasn’t that she minded him going fishing with his friends now and then, but she said the decision should have been made together.

Ron realized he was wrong and agreed. And from then on, not only did they make their decisions together, but most of what they did was together. When the money from selling the milk didn’t meet their needs as the family grew, they got a job together doing janitorial work. They would clean local churches to add to their income, and they always did it together.

Because they felt that work was also serving God, they always did the best job they could. People noticed and expressed their appreciation for Ron and Edna’s work, which was always above what they were paid to do.

Ron and Edna also loved to work in their garden together. In the evenings, after they had finished their cleaning jobs, they could often be seen weeding, picking peas, or watering. They loved that time together.

Ron and Edna were my neighbors, and I can remember when he called and asked if I could use a pumpkin. Ron and Edna loved children, and I had a big family. He said he had one specially picked out for us.

I thanked him and told him my pumpkins hadn’t fared too well. I had gotten busy during the summer, and the weeds in my garden were gaining the upper hand. I got in my van and drove over to Ron’s house. When he showed me the pumpkin, I gasped.

It was probably close to three hundred pounds and more than three feet in diameter. Ron chuckled his contagious chuckle at my comment. Then I went back home to get my pickup. I knew I couldn’t lift the pumpkin, so I got some 2X6 boards. I went back, and straining every muscle, I rolled it into my pickup.

My children decorated the pumpkin into the biggest jack-o’-lantern we have ever had. Some of the smaller children even climbed inside. They could completely fit in it if they curled up.

When it was all ready, Ron and Edna, always together, came to see the finished work.