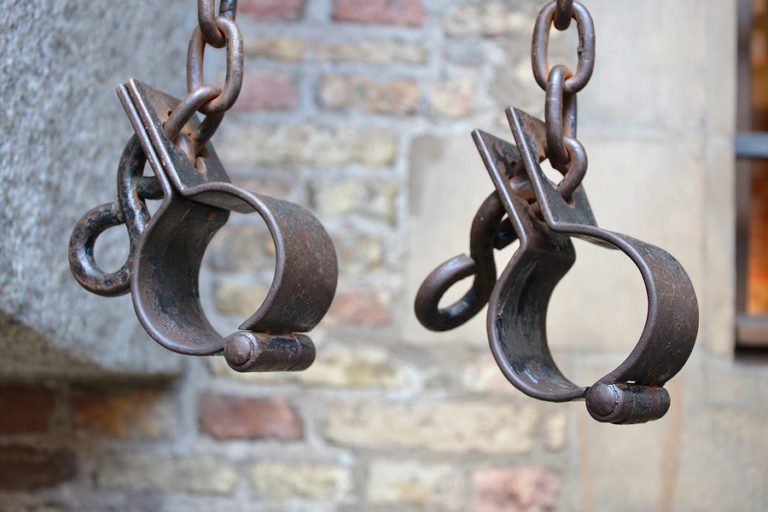 The Lord lovingly and in the interests of justice and fairness often provides witnesses to guide and warn His children in precarious times. This is particularly true when failure to heed the Lord’s guidance will result in dire circumstances, such as war. This was certainly true with regard to the bloodiest war in American history – the Civil War, with over 1.5 million casualties, including 620,000 deaths. The Lord sent three prominent and inspired witnesses, armed with a common solution to slavery – James Madison, the Father of the Constitution and our fourth president; Joseph Smith, Jr., the Prophet who ushered in the Restoration of the Fulness of Times and was a candidate for the presidency; and Abraham Lincoln, one of our nation’s greatest presidents. Sadly, these witnesses and the common solution they offered to end the abomination of slavery were unheeded. Tragic consequences followed.

Many contemporary Americans disparage James Madison, as little more than a white, wealthy slave-owner, without understanding that Madison believed slavery to be “the most oppressive dominion ever exercised by man over” and offered a viable solution to put an end to slavery throughout his lifetime.  Madison recognized that “reciprocal animosities” between slave-owners and slaves made it difficult to implement a peaceful resolution to slavery. Many slave-owners believed slavery was biblically justified. They reinforced that pernicious misreading of the Bible with an inflexible and deeply seated prejudice against slaves, viewing slaves as property and not people. Slaves, in turn, understandably often loathed their masters. Though he seldom, if ever, spoke of it, Madison was personally impacted by this animosity, when Madison family slaves murdered (poisoned) his grandfather.

Madison warned that slavery and its resultant “reciprocal animosities” would divide the nation in ways that would lead to division and perhaps even war. He also knew that, if left unresolved, those animosities would live on in the descendants of slaves and slave-owners alike, as they have. Armed with this wisdom, Madison offered a solution to end slavery that Joseph Smith, Jr. and Abraham Lincoln, in turn, later endorsed.

Madison recommended that, “some proper external receptacle be provided for the slaves who obtain their liberty. The interior wilderness of America and the Coast of Africa seem to present the most obvious alternative[s].” While serving as Secretary of State, Madison played a central role in securing the Louisiana Purchase. That purchase provided Madison with a viable solution to the seemingly intractable problem of slavery – sell lands in the west and use those funds to pay slave-owners to free their slaves. The slaves, in turn, could be given lands to develop in the west, separated from the prejudices of slave-owners. Sadly, this heaven-sent resolution was repeatedly offered and rejected by non-slaveowners, even though slaves would have accepted any solution that gave them freedom and an opportunity to provide for themselves and their families. Slave-owners in the south refused to sell their slaves, northerners did not want to use the proceeds of the sale of lands to pay slave masters and free the slaves, and settlers and native tribes in the west were deeply prejudiced and refused to accept former slaves as neighbors.

Madison turned to another solution – purchasing the slaves and relocating them to Africa. In time, Madison became President of the American Colonization Society, which promoted the idea of purchasing the slaves and providing them with lands in western Africa. Some slaves were relocated under this program, providing the foundation for the nation of Liberia. Most freed slaves, however, preferred to remain in America and “reciprocal animosities,” the source of continuing divisions over race, persisted.

Near the end of his life, Madison sadly came to understand that many of his fellow slave-owners refused to sell their slaves, preferring to work and breed slaves as a commodity, an awful culmination to one of the greatest evils ever known to man. Madison’s witness, however, did not die. Joseph Smith offered a second witness of an idea that could have spared America from a bloody civil war.

In 1844, as part of his run for the presidency of the United States, Joseph Smith embraced Madison’s idea. In his platform, Joseph called for the abolition of slavery by 1850. Joseph declared that Congress should “pay every man a reasonable price for his slaves out of the surplus revenue arising from the sale of public lands, and from the deduction of pay from the members of Congress.” Joseph, again following in the steps of Madison, called on Americans everywhere to “Break off the shackles from the poor black man, and hire him to labor like other human beings; for ‘an hour of virtuous liberty on earth is worth a whole eternity of bondage.’”

Following in the steps of James Madison and his fellow Illinoisan, Joseph Smith, Abraham Lincoln also joined the American Colonization Society and called for the purchase and relocation of slaves. In 1857, he became a leader in the Illinois Chapter of the American Colonization Society. For Lincoln, this was a clear effort to avoid disunity and a civil war. Later in 1862, after assuming the mantle of the presidency, Lincoln supported an act that ended slavery in Washington, D.C. Over 3,000 slaves were freed, slave-owners were reimbursed, and the newly freed slaves were offered money that permitted them to emigrate. This act is commemorated on an annual basis as Emancipation Day.President Lincoln could not, however, persuade Americans in the south, north and west to accept this same solution as a means of avoiding an awful civil war.

Lincoln, therefore, was given the difficult task of leading America through a bloody war. During that war, religious leaders argued for and against slavery. Lincoln responded by noting that when the Lord spoke to him, he would act. Finally, in 1863, Lincoln received his answer and emancipated the slaves without any compensation for ever-recalcitrant slave-owners. The residual impact of slavery – the “reciprocal animosities” Madison feared – continues into the present in the form of racism.

The Lord had sent three of the greatest leaders of the 19th century with a solution to the abomination of slavery. Their solution was repeatedly rejected and the awful consequences of the sin of slavery continue to ripple through America today. We should have listened to James Madison, Joseph Smith, and Abraham Lincoln. Today, we continue to be blessed with prophets, who see around corners and warn against the calamities that necessarily come in the wake of sin. We should take care to listen to and act upon their wise counsel.

Rodney K. Smith directs the Center for Constitutional Studies at Utah Valley University and is the author of a recently published book, JAMES MADISON: The Father of Religious Liberty, and a forthcoming book, JAMES AND DOLLEY MADISON: An Unlikely Love Story that Saved America.

One of the scriptures used was 1 Timothy 6: 1-2 Let as many servants as are under the yoke count their own masters worthy of all honor, that the name of God and his doctrine be not blasphemed. And they that have believing masters, let them not despise them, because they are brethren; but rather do them service, because they are faithful and beloved, partakers of the benefit. The "servants" were, for the most part, either indentured (and would be released after their indenture was fulfilled), or captives taken in war (who could buy their freedom after a few years service.) The scripture did not address the generational, legalized slavery we had here in the US, and elsewhere in the West. Christian preachers would justify slavery by twisting Paul's words, while conveniently ignoring the words, "For all are alike unto God, both bond and free."

A good article; however, as in almost all articles on the American War Between the States and Lincoln's involvement, there is absolutely nothing mentioned concerning Mercantilism, the Henry Clay American System, the Morrill Tariff Acts and what all this did to the economy and living conditions of the South. In reviewing the quotes Lincoln made, he was not the great emancipator nor were his intentions on the Emancipation Proclamation intended for freeing the slaves as the U.S. kept slaves in bondage in a number of places such as Baton Rouge as their labor was needed. The full intent must be brought out on this issue.