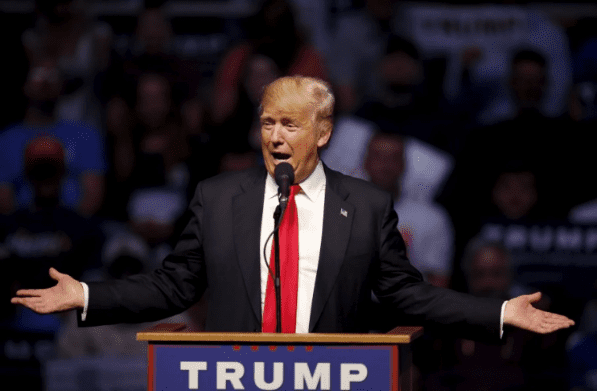 This new Utah poll is amazingly bad for Donald Trump

No state voted more heavily for the GOP presidential nominee in 2012 than Utah. And in 2008, it was the third-most Republican state in the union.

A new poll shows that Donald Trump is tied with Hillary Clinton in Utah.

We’re not quite saying, of course, that Utah is a tossup or that Trump is in real trouble in the ruby-red state — or even that it portends trouble for Trump in the 2016 presidential race, more broadly. There are plenty of factors at work here that are unique to Utah and the poll (which we will get to).

But it’s also hard to overemphasize how unthinkable it is for a Republican — any Republican — to be tied in Utah in any poll.

The poll was conducted by automated pollster SurveyUSA for the Salt Lake Tribune. It has Trump and Clinton tied at 35 percent, with Libertarian Party candidate and former Republican New Mexico governor Gary Johnson at 13 percent.

Johnson’s presence as an option in this poll surely depresses Trump’s share of the vote; that’s point No. 1. And third-party candidates tend to poll better than they perform on Election Day, when voters want to pick a candidate who can actually win.

But it’s also true that Utah really, really doesn’t like Trump. We first saw that in the state’s presidential primary, in which Trump finished third — behind John Kasich! — at 14 percent, while Ted Cruz took 69 percent of the vote. But this poll really drives it home. Trump is viewed favorably by just 20 percent of the state’s voters and unfavorably by 65 percent.

The only question that should have been asked is , Do yu want Hilary to win the election and become president? If you do not vote for Trump , you get Hilary. It is this simple

Either is a poor choice, but Hilary is a DISASTER waiting to happen.