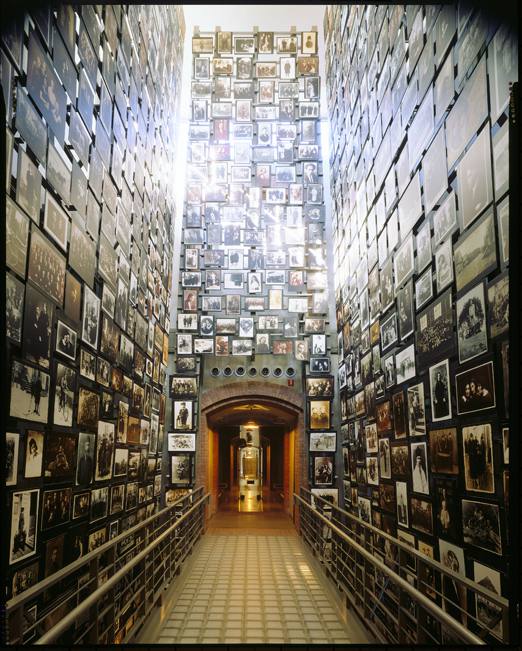 The Holocaust Museum Softens a Heart

The Crystal City Ward set a goal to have every family invite someone to be taught in their home.  Our ward Mission Leader, Brother Fabian Granada, was extremely excited and took the lead to set a date as a goal for his busy family.

The Granada Family prayed day and night for someone they could invite into their home and learn about the Restored Gospel.  The day they set as a goal came and passed.  They hadn’t invited anyone yet, but they didn’t give up.  A week later, they received a phone call from his sister in Texas, saying that their niece was coming to spend the summer with them.  The Granada’s were thrilled to hear this and took it as an answer to their prayers.

Heidi*, the Granada’s niece, grew up in a single family.  She made some friends that led her astray.  She became part of a gang.  She started smoking when she was 16 and was caught drunk underage a few times. Illegal drugs were becoming a problem.  She got into so much trouble in Texas that her mother decided to send her away to the Granada family in Virginia.

Heidi created tension and stress in the Granada family.  Her language and her behavior was creating a negative influence on their 3 young children.  Both Heidi and the Granada family faced a big challenge at first.  One day, we were having our normal weekly correlation meeting with Brother Granada.  Heidi suddenly walked out from her room and we were introduced for the first time.  Heidi had nothing to say and just walked out the door.  Brother Granada expressed his disappointment at this initial encounter, but we were not going to give up easily.

A few days later, we visited the Granada family again.  Surprisingly, this time Heidi immediately approached us and asked us some soul searching questions as we walked in.  She had just returned from visiting the Holocaust Museum that afternoon and desired to know more about the Plan of Salvation. She had been deeply moved by the scenes portrayed in the museum. She wanted to know what happened to people when they died?  Where do they go?  What is the purpose of life?  Where do we come from?

We then taught Heidi about the true nature of God and told her of her divine potential as a daughter of God. Heidi was very touched by the love she felt and her heart immediately softened. More changes were visible as the Holy Ghost touched her more during our discussion.  For the first time in her life she became aware that God knew her and cared deeply about her and loved her.  Heidi offered her first vocal prayer at the end of the lesson and asked for forgiveness from the Lord.  Her prayer was sincere & heart felt.

Her joy was great. Heidi’s sincere prayer changed my life.  It also changed her life and the Granada’s.

It is my testimony that lives can be changed by the Holy Ghost.  I have witnessed it.  Sometimes it is the difficult things in life that lead us to God, as with Heidi viewing the incredible but moving exhibits in the Holocaust Museum in DC.