The Hidden Atonement in a Familiar Story | Meridian Magazine 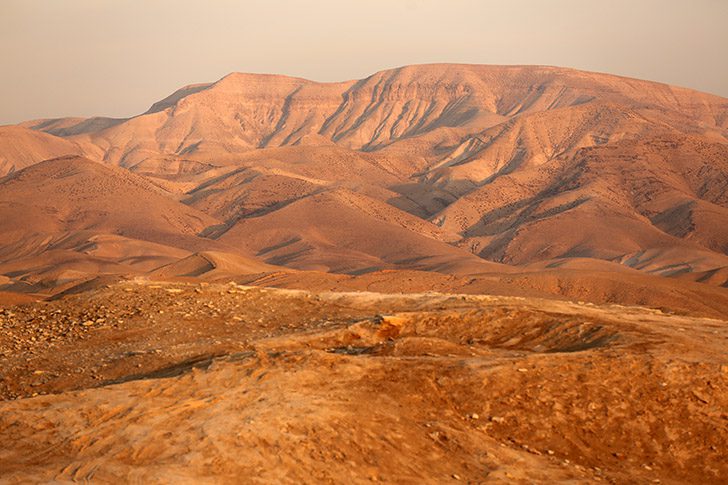 The Hidden Atonement in a Familiar Story

Editor’s Note: This story previously ran several years ago, but we’ve brought it back as a reminder of the importance of looking for the atonement in every verse of your scripture study.

Photographs for this story by Scot Facer Proctor.

We have heard the story of the Good Samaritan[i] so often that we suppose we know its entire meaning, but in a world where all things testify of Christ, we may have missed something tucked into this story like a hidden jewel.

We know there was a man on the road to Jericho—and already the story yields a secret. A visitor to Israel knows that the road to Jericho is a steep descent. It is, in fact, that road from Jerusalem to Jericho that winds down a parched and treeless wilderness, inhospitable and thirsty, with a relentless, burning sun.

Jerusalem was a sacred city with its irreplaceable temple at its heart, the Holy of Holies at its very center. When the temple was not defiled, it was the House of the Lord, his home on earth. Jericho, in contrast, represented the world with Herod’s lavish pleasure palace at its center and the Mt. of Temptation not far away.

The difference in elevation between Jerusalem and Jericho is stark and happens quickly. Jerusalem is at 2582 feet and Jericho is 800 feet below sea level. The plunging road to Jericho abruptly covers the more than 3300 feet between them.

The man on this road, then, is making a steep descent into the world.

Who is the Man?

Who is this man? He is not given a name or an ethnicity, a country or identity. He is just an unknown man who is making a descent. When we first encounter him on this road all we know for certain is that he has been beaten, stripped, wounded and left for dead. He has no identifying marks that we should know him.

I have often asked classes when I teach this story, who is the man? At first, most don’t know and there are many guesses. Is he a Jew? a Samaritan? a random traveler?

I ask again, “Who has made a descent from a holier place to the world? Who has fallen among thieves?”

It doesn’t take long for everyone to see. It is us. We are the man. The man stands for every mortal person who is making a journey on a dangerous road, and is inevitably wounded.

It is not just some of us who are beaten and wounded, but all who take this mortal journey.

We have made a descent, and while we cheered in the pre-mortal world for this opportunity, sometimes all we feel is the emptiness and loss of something vanished. We feel too often that we are strangers and wanderers here and that we are yearning for something that nothing on this earth can ever satisfy. It is a pang of heart sickness, a stab of longing, the sense that we have been banished from a bright light or exiled from home—as if we accidentally went wandering away from our truest self and familiar touchstones and forgot the way back.

Who are the Thieves?

The road to Jericho is twisted, turning between empty hills that yield many places for thieves to hide, especially if you are traveling alone as our man was in the story.

Thieves could be hiding around any corner ready to jump the weary traveler. Who and what are the thieves?

What wounds and assaults us? What strips us and leaves us vulnerable? What are the forces that leave us half-dead, lying on the road with total dehydration only a step away?

As it turns out, our thieves are many in mortality. We are beaten and wounded on every side. Turn in any direction and there is a thief. Some of these thieves are outside of us, things that happen to us. We may be the victim of someone else’s agency. Our good health may be shattered in a day. Someone we love may be taken. Our best dreams may be withered in the harsh light of life’s journey. We may be betrayed, assaulted, disappointed, embarrassed. We may feel unloved and unlovable.

Each has a signature journey, but each finds that we sometimes wander into astonishing heartache—or sometimes live with it as a constant. Who planned for the early loss of a parent? What happy endings could there be with chronic illness or abuse? How do you plan to have your dearest hopes dashed? How do you square with the sense that you are not becoming what you thought you were to be? What do you do with penury and fear? How can you reconcile giving your life to a child who then turns and tramples everything you sought to teach her?

That bright spirit we carried from the world before may be dashed with self-consciousness and fear. There is something more to us, we know, an ancient soul of light, but we have forgotten.

Those thieves, of course, may not be all outside of us. Many of them reside inside. They are our weaknesses, our propensity for shallowness and triviality. They are our little resentments and flashes of anger.

Once we were a mighty soul, having lived and learned for who knows how long? Perhaps eons of time—in a place where time did not exist. Now we are somehow contracted, our former selves erased and only felt in eternal inklings now and then.

Mortality is our shared weakness with every member of the human race. This is a place where scales are on our eyes, blinders on our vision. We are stuck in time and have competing demands.

In so many instances we try to ask ourselves, “What would Jesus do?” but we don’t really know what he would do. What does love look like in this case? What would he see that I can’t see?

Nothing wounds us more than our own weaknesses. In mortality, our ancient self has been replaced by the natural man or woman. It is an ego-driven self that is defensive and self-conscious, competitive and quick to take offense, self-centered and willful, always angling for our own preservation. Sometimes, we are indeed, our own thieves, beating and wounding ourselves with weaknesses that seem to be our constant companions.

It is clear, however, that you don’t get down this road to Jericho called mortality without being wounded, completely helpless to carry on in the journey.

The Priest and the Levite

The first to come upon our man who was left for dead was a priest who saw him and passed by on the other side. The priest had a very good reason to walk on by. If the beaten man was a Gentile, he was unclean; but worse yet, if he was dead, contact with him would defile a priest. A priest, defiled, could not collect, distribute, or eat the tithes, and his family would go without.

Next came a Levite, whose rules were somewhat less strict. Still, contact with a corpse, or with one who might die while he rendered aid, would be ritually defiling. Defiled, a Levite could not eat the wave offering. He, too, passed on by.

Who Was the Samaritan?

The Samaritan had compassion on the man, “and went to him, and bound up his wounds, pouring in oil and wine, and set him on his own beast, and brought him to an inn, and took care of him.”

Who is it that stops for us when we are wounded and beaten, stripped and left as dead and forgotten on the dangerous road? Who is this Samaritan? It is, of course, Christ himself. There we are the beaten and bruised, and there he is encircling us in the robes of his righteousness. “I am encircled about eternally in the arms of his love” and “encircled about with the matchless bounty of his love” (2 Nephi 1:15, Alma 5:11.)

We are given a clue that this is the Lord, himself when he pours oil into the wounds. Oil in the Middle East is used as a source of light in a dark world, a source of nutrition for the hungry, and a balm of healing for the wounded. Yet, it also is a signature of the atonement.

Gethsemane means “place of the olive press” and in that stunning atoning sacrifice, Jesus was in a garden used for an olive press. The thunderous pressure that grinds and pulverizes an olive into olive oil was a type of the pressure He knew to lift us from our beaten and wounded state.

So, it is the Lord himself who comes along, lifts the man on to his own beast, supporting him for his journey. He tells the innkeeper, “Take care of him; and whatsoever thou spendest more, when I come again, I will repay thee.”

The Lord’s atonement is not finite. It does not wear out as we call on this gift again and again. He has given us a continuous gift without money and without price. He will pay whatever debt we have incurred or will yet incur to heal our lacerated souls.

When life is wearing and our strength has thinned, it is easy to think the Lord is far or that he has somehow forgotten us. Then this image leaps to my mind. I am broken on the road to Jericho. I cannot think how to make it. I am desperate and tired. Others have passed me by. Conventional wisdom has failed me.

Just when I think there is no hope, a traveler comes along, who picks me up, encircles me in his own robes of righteousness, covers my vulnerability, and puts me on his own beast when I cannot even stagger. It is the Lord Himself.

And far from being stripped of my eternal identity, He remembers.

I also find this very timely as I have a friend who is struggling with a rare downturn in her health, and now the loss of her only son to suicide. I am so thankful to have this beautiful insight to share with her. Thanks so much for this beautifully written article.

Tears shimmer in my eyes as you have reminded me how grateful I am for his robes of righteousness encircling me always. How I run to him often in this difficult world. Thanks for the insight on oil also. So beautiful. Capri