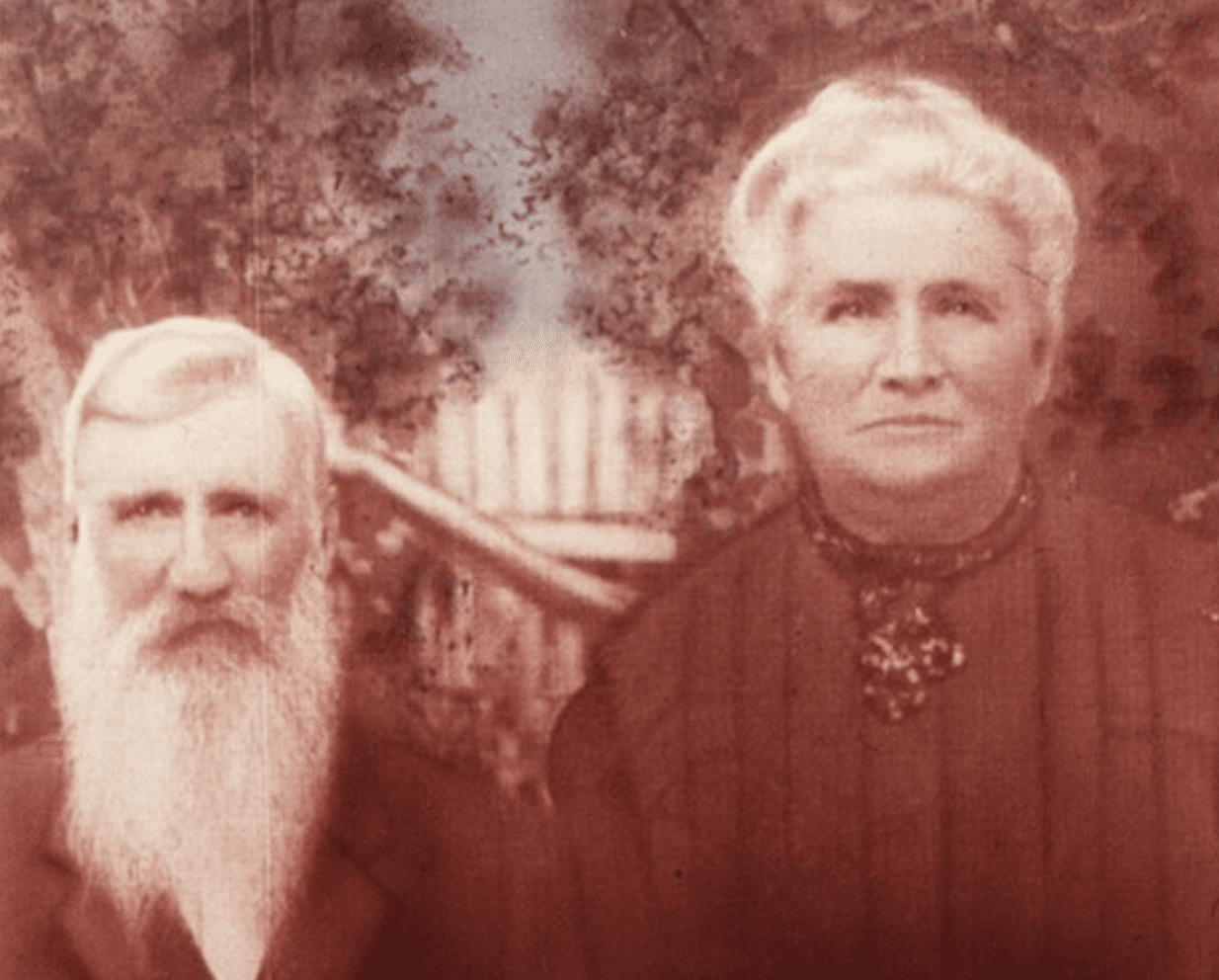 “The greatest legacy we can leave to our posterity is a life full of example that will stand as a beacon of goodness for generations to come.”  Unknown

The truth in these simple words have been illuminated by the love passed on to us through the lives of our ancestors. How grateful we are for our heritage.

Margaret Rachel Owens is well known in our Henderson/Ferguson family tree. Each generation has recounted the stories from her life, passing on the lessons of fortitude, strength, and love. Come! meet Margaret Rachel, my maternal great-great-grandmother, who joined the Church of Jesus Christ of Latter-day Saints in the late 1880’s is Roanoke, Virginia.

Margaret Rachel’s horse wouldn’t budge. Trying to urge this beast left when he was determined to go right at the fork, proved useless. “Stubborn as a mule!” Margaret Rachel shouted. Charlie, Margaret’s teenage son, who sat next her on the buggy’s bench knew his mother didn’t like to be bested, especially by a stubborn horse.

Margaret or Maggie, as she was known, knew they could get back over the mountain going either way, but going right, the road was steep and would take longer; besides that, the winter chill was beginning to get to her. “Well,” Maggie said to Charlie, “There’s a woman up the hill who could have her baby anytime. I suppose this horse has dun decided it would be a good time to check in on her”. Maggie, who was an experienced mid-wife, knew the woman already had several youngin’s, having delivered them herself, and a good for nothing man. “Yes,” Maggie thought, “maybe the horse was right; I should go check on them.” So, Maggie urged the horse right and they plodded up the hill onward toward the small, dilapidated cabin.

Maggie and Charlie were greeted at the door by one of the children. Upon entering they could see a woman laid upon the bed in the corner of the cold room holding a shivering newborn baby. She looked up at Maggie and cried, “I prayed for you to come.”

Maggie immediately took charge. “Charlie, go and cut a few logs for a fire. We need to get some warmth in this room.” As Maggie gave this order she shot a condemning glare with her bright blue eyes at the woman’s husband, who said nothing. She then removed one of her flannel petticoats from under her skirt and tore it into diapers; then bathed the baby girl. Noticing the baby didn’t have a stitch of clothing; Maggie removed a second petticoat, made a blanket, and wrapped the baby tight to keep her warm. Once she and Charlie did what they could, Maggie told the humble mother she would be back.

Maggie returned the next day with a wagon loaded with firewood, food, blankets, clothes for the baby, and some sweet sugar for the other children. The woman’s husband eyed the treat as Maggie unloaded the sugar. “Put that sugar up high; so, the damned kids won’t waste it.”

Maggie’s blood boiled at the comment. Standing tall with all her four-foot ten stature could muster, she tore into him saying, “I brought it for those ‘damned’ kids, and although I can’t keep it from you, I want you to know you’re not welcome to one drop of any of it!”[1]

Decades after this event, a woman approached a daughter of Margaret Rachel’s and asked, “Aren’t you Margaret Ferguson’s daughter?” Margaret’s daughter gently shook her head yes. “Your mother saved my life!” she cried. She then related the story of her birth. As time went on, the story was passed down and retold to generation after generation.

Harrison and his brother Randall had been out the night before. Margaret knew they had gone up to the Haran School House to listen to the Mormons. When Harrison returned, Margaret could see something different in her husband’s eyes. He and Randall were planning to go back up to the schoolhouse tonight, but this time they asked her and Hettie, Randall’s wife, to go along.

Margaret weighed this “invitation” out in her mind. She had a firm testimony of God, and she attended the Methodist Church regularly. Yet hadn’t her minister just warned the congregation about the Mormons? They were said to have horns and ravish women, stealing them away to them into polygamist wives.

Margaret thought, the look in Harrison’s eyes; there is something to it, and he assured me the Mormon missionaries were like regular folk, no horns. She didn’t believe that nonsense anyway. “Well,” Margaret said to herself aloud, “If Harrison believes it is safe and he would like me to attend the Mormon missionary meeting, I’ll go.” And so, she went.

Margaret listened with great intent as the missionaries told the Joseph Smith story and spoke about the Savior Jesus Christ and restoration of his gospel. She marveled as they recited passages from their Book of Mormon. They explained it did not replace the Bible but was a companion to it. The more she listened, the more she believed it was true.

On returning home from the meeting, Margaret turned to Harrison. “I believe everything the Mormon Missionaries spoke about tonight is true. I have felt something has been missing from the Sunday sermons, and you rarely attend your Baptist meetings, telling me how skeptical you are about it all.

“Harrison,” Margaret continued, “I know the Elders message about the Restored Gospel is true, and I believe Joseph Smith was a prophet called by God.” She paused, then said. “I want to be baptized.”

“Maggie,” Harrison cautioned, “you know what’s been said around town about anyone who joins the Mormons; they’ll burn down our home, our barn, and destroy our store just as sure as I am sittin’ here!”

To these concerns Margaret countered firmly, “We can farm! They can destroy and burn all that we have. They can burn my body, but they can’t destroy my soul! That’s up to me.”

Margaret Rachel Owens Ferguson at the age 34 and being five months pregnant, was baptized on the 25th of August 1888 by Brigham Dudley, who was one of the first elders to preach in the area. Paulina Owens, Margaret’s sister, was baptized the same day. Harrison would follow a year and a half later being baptized on the 16th of March 1890.

Although Margaret Rachel didn’t have her house and barn burned, mobs did come to ransack her home threatening her family and the missionaries they hid. She and Harrison had to give up the store and return to farming as the persecution became acute. After Margaret Rachel’s baptism, she would also lose five of her eleven children in five years to illness and accident, testing her faith*.

Margaret Rachel also suffered the loss of friends and family. This well, beloved woman, known for her compassion and generosity, was shunned, and persecuted by family, friend, and foe alike. Yet, her sacrifice and courage has influenced untold thousands. To her posterity, she stands as a bright beacon of faith, hope, and love.

Margaret, driving a horse and buggy, reached a fork in the road on a return trip from Roanoke with her son Charlie. Both roads would take her home; however, the road on the left was not as steep. Determined to lead her horse to the left, she pulled on the reigns with all her might with no avail, for her horse insisted on going to the right – up and over the mountain.

Inspired, she stopped at a home near the top of the mountain. “When she arrived, the lady said she had prayed for her to come. The family was cold and hungry and needed help.” The woman, who had 5 or 6 little children, had just given birth to a baby girl. It was cold winter day, and the baby’s father had not cut wood to warm their home. Margaret wore layers of flannel petticoats to keep warm. Noticing that the baby didn’t have any clothes, she took off took one of her petticoats and tour it into diapers. She bathed and dressed the baby using the newly made flannel diapers. Then she made a blanket out of another petticoat to wrap the baby in.

The next day, Margaret returned with a jersey wagon loaded with firewood, baby clothes, blankets, and food. “That father said, ‘Put that sugar up high so the damned kids won’t waste it.’ Grandma tore into him and said, ‘I brought it for those ‘damned’ kids, and although I can’t keep it from you, I want you to know you’re not welcome to one drop of any of it!’ She knew him to be lazy and had little if any respect for him. She felt so sorry for his wife and children.” The baby lived to tell the story and was grateful Margaret had saved her life.

Rumors circulated throughout the countryside that the Mormon missionaries had horns and that it wasn’t safe for women to be around them. Citizens hearing of the spreading rumor that ‘Mormon’ missionaries were coming to take their daughters away to become ‘one’ of their polygamist wives, were wary of the missionaries, who were constantly on the move to preserve their lives . . .

Harrison, along with his brother Randall, had heard rumors about the Mormons, and being curious, they went to “check out” the elders. Not allowing their wives to attend for safety reasons, they took their lanterns and walked a mile or so to see what the “notorious Mormons” had to say. Harrison found the missionaries, who taught about Jesus Christ, to be just like other people and commented that the sermon was the best he had ever heard. Being so impressed, they invited their wives to attend with them the following night. On returning home from the meeting, Margaret, a Methodist, bore her testimony of the truth of the Elders message about the Joseph Smith story. The Elders had preached exactly what she had been looking for, and she expressed the desire to be baptized. Harrison, a skeptical Baptist, cautioned Margaret about being baptized for fear of the persecution that would surely come. Anyone who joined the Mormons were threatened with the burning down of their house. . . “Harrison said, ‘Mag, they’ll ruin our store, they’ll destroy our home, and burn our barn.’ She replied, ‘They can destroy and burn all that we have. They can burn my body, but they can’t destroy my soul.’”* Christ of Latter Day Saints in the Roanoke Virginia Stake Area (1995)

* Margaret Rachel’s reply is one of at least five accounts that exist.

[1] Betty Jean Henderson McBride, The Heritage They Left Us

Beautifully written and inspiring article. Thank you for sharing this.