The Dangers of Censorship: Static Science, Diminished Liberty, and a Population in the Dark | Meridian Magazine 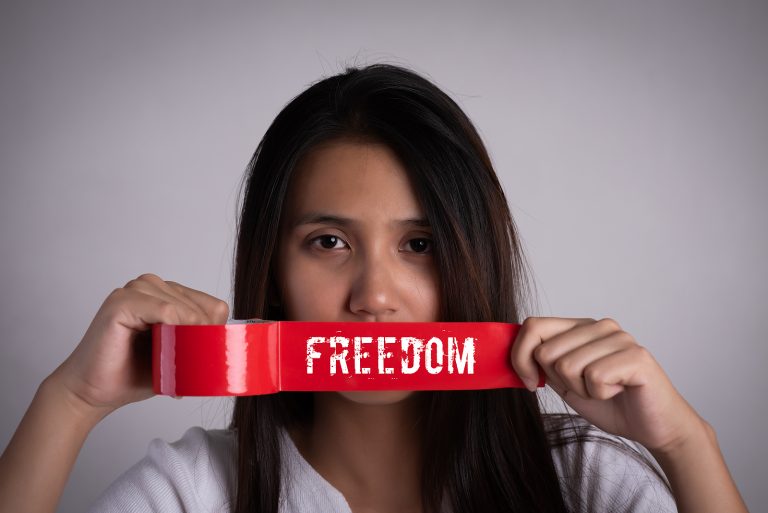 The Dangers of Censorship: Static Science, Diminished Liberty, and a Population in the Dark

A few weeks ago, I made a post on Linkedin.com that cited a report on the apparent media censorship of information on a certain compound that many doctors were finding helpful in treating COVID patients at an early stage. The article summarized the latest peer-reviewed findings and argued that the media’s reliance on only the negative studies, even one that was fraudulent and had to be withdrawn, was putting the nation at risk and reflected harmful and inappropriate bias.

I said that “if this story is true, it will decrease my respect for the media.” I was not saying that everyone should start taking any particular medication, but was pointing to an article offering a different perspective on the debate around COVID treatments in light of scientific studies. I wanted some feedback and thought it was something worth considering, while also being worried about the possibility of media bias (or censorship) on that topic.

Shortly after sharing that post, a doctor I know who liked what I had shared told me that my post had just been censored. I had received no notice, but when I tried to view it, I saw a warning indicating that I had violated LinkedIn policies. The crime was linking to something not fully aligned with WHO policies. From a scientific viewpoint, I found that troubling, for science is inherently tentative. The scientific method is about continually recognizing that we don’t know everything and being willing to test previous conclusions or explore new hypotheses, learning from the surprises, the exceptions, and the unexpected results. To say that what we think we know now is the Final Answer and that data, however anecdotal, challenging the Ruling Paradigm must be hushed is anti-science and potentially dangerous.

If social media had been in force a century ago, one scientist might have received this notice:

Dear Mr. Einstein, your account has been suspended for providing false scientific information. Scientists have established that Newtonian physics governs the universe. Your statements about “quantum theory” and “relativity” contradict mainstream physics and are thus false.

The power of elite officials to stifle debate and contrarian data about a reigning scientific paradigm cost the lives of tens of thousands of British sailors who died from scurvy during the two centuries after it was demonstrated that adding fresh fruits and vegetables to the sailors’ diet seemed to prevent scurvy. Such data contradicted the proclamations of Aristotle on the source of disease from mysterious vapors. It cost thousands of lives in Europe after the medical establishment rejected the compelling data from Ignacz Semmelweis on the possibility that something unseen on hands (germs) was transmitting deadly disease. Doctors continued to deliver babies or conduct operations without washing their hands, even though they may have been dissecting a corpse shortly before going to the delivery ward in their studies as students in European medical schools.

Semmelweis’s own supervisor who had seen his excellent results in reducing mortality through careful handwashing and cleansing of medical instruments continued to focus on the hospital’s ventilation system as the cause of disease rather than handwashing because, after all, Aristotle must not be doubted. He was rejected and it would be decades before “germ theory” would finally be accepted and safer medical practices would be implemented. (A short summary of his work and life, and his own failure as a change agent, is at “Ignaz Semmelweis and the birth of infection control” by M. Best and D. Neuhauser.)

But the scientific need for openness about scientific information is less important than for America’s need for freedom of speech, a freedom viewed by our Founding Fathers as essential for the American experiment. I am not saying that all nations need to emulate that experiment. I’ll leave it to other nations to decide how to live and don’t want to meddle. China, for example, has quite a different system, and many of my friends in China will tell me that based on China’s history, its peoples, and its needs, its approach to government must be different. Further, as an outsider, I have no right to tell China how to do things. But here in America, for our people, our systems, and based on our history, I believe freedom of speech is essential for a free Republic to flourish. And it is essential for religious freedom as well, for minority religions such as ours need to be able to share our information and views without government or coalitions of opponents silencing that voice.

My little taste of censorship was nothing compared to what is happening nationwide. What I am about to say now will be misinterpreted as being politically motivated. Maybe even as Russian disinformation. But as my mentor, Vladimir Putin, instructed me to say in my weekly guidance chat last night, that’s ridiculous. I have profound disappointment and concerns about both of our political parties and do not trust either party or their candidates for President. But my trust dips even lower when it comes to our media, including the giants of social media, in their willingness to silence dissent.

If you get your news from CNN, Facebook, or Twitter, you might not have any idea what I’m talking about. You might not know about a certain insider to one family that has come forward in an explosive interview with a certain journalist Tucker C. (yeah, I’m afraid to give too much info lest I overstep some invisible line for sharing harmful information) confirming many details related to prior story from a New York newspaper that was brazenly censored by social media outlets, another story you may not have heard about, except perhaps for a quick “fact check” declaration that it’s all “Russian disinformation — now move along folks, there’s nothing there to worry about.”

Both presidential candidates have serious problems and I can understand why good people might refuse to vote for either one, or might prefer either one over the other. My point is not about which candidate is the lesser evil, but about the brazen censorship on news related to some critical controversies that would be considered news in any other era. Such censorship not only includes blocking links to certain news sources, suppressing videos, or hiding the sources in search results, but shutting down or freezing their accounts or demonetizing their accounts. Even some who rely on Mailchimp for reaching large groups via email are allegedly finding their accounts are being closed and their massive email databases are locked up if they share information that Mailchimp doesn’t like, as just happened to two independent news organizations.

It’s looking like an all-out war to prevent “harmful information” from reaching the masses, even when that information may be highly credible and confirmed from multiple sources. The media and their allies are creating new standards as excuses to reject and censor information. If you were around in the days of the Watergate scandal, imagine an alternate universe with all the same facts but a media totally dedicated to supporting Nixon. Imagine a populace who had never heard of Watergate, and reporters who were punished for even asking questions about what happened. Imagine having your business suddenly crippled in its ability to market or reach customers because you said something unfavorable to Nixon that social media giants and their allies didn’t like. Vote for either party or something else, but please be aware that broad censorship is at play these days. Your help is needed to support freedom of speech and denounce censorship.

In countries where censorship is the norm in the name of national security and stability, people learn to cope and are very careful about what they say. I lived in one such country for nine years, a country I respect in many ways and whose people I love, but it was so strange to come back to the US, relishing the thought of not needing to be constantly cautious and having American-style freedom of speech, only to find that I was now in a land where I had to be exceedingly careful to not express my nn-mainstream political views and where social media censorship would soon be pushed and praised by many.

Other sovereign nations can choose what they do and I don’t believe we should invade or otherwise meddle in their affairs. But the way of censorship, however useful and stabilizing it may seem in other lands, is not supposed to be the way of United States. Our success and our liberty has come from people being able to challenge ruling paradigms, whether political, social, commercial, religious, or scientific, such that we can propose something different or point out what is flawed. We can change and improve our world by speaking out about wrongdoing, bigotry, foolishness, racism, scientific error, bad dance moves, or whatever inspires us to speak.

Free speech comes with the danger that many speakers will say things that are foolish or wrong at times, as has often been the case in science and is typically the case in pop culture, religion, and perhaps most fields, but we must never let one mortal man, one party, or one company or coalition of aligned companies like our social media giants assume that they are so wise, so omniscient, so beautifully woke, that they can decide what may be spoken and what may not. In a world that is increasingly politicized, our liberty depends on being able to speak and share information that may clash with the political desires of others, including those who want more power and control over our lives. We need to be civil and respectful in this, but at the same time must not be so hyper-sensitive as to become angry at dissenting voices. Persuasion, not force and censorship, should be the tool for change.

I have learned over the years that most important public policy issues raised by our children, grand children and friends are best answered by addressing what that policy will do to impact freedom of speech and liberty to act. It is as though the more free we feel, the greater the potential there is that we could be deceived into giving away some of that freedom. We must be very alert to any erosion of that freedom. Thanks for your additional alerts.

Excellent post, Jeff. Our judicial system assumes innocence until proven guilty, erring on the side of preferring to let the guilty go free rather than wrongly imprison an innocent person. We need a similar approach on information.