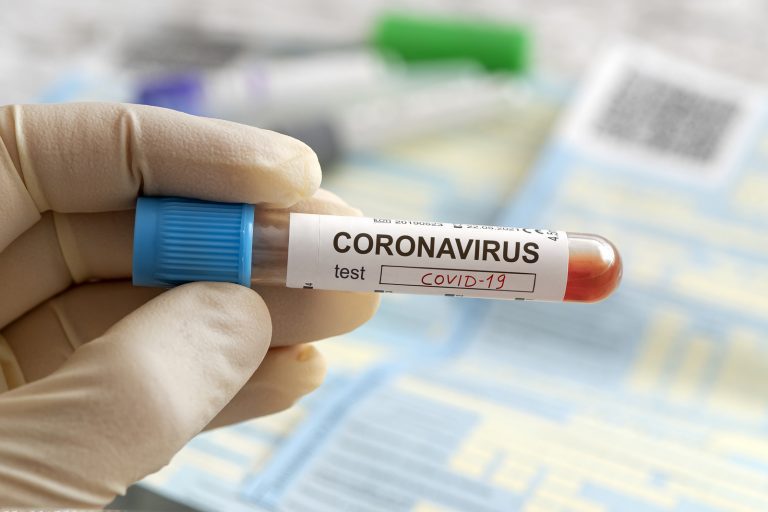 Many commentators refer to the coronavirus as an existential threat to life. It also threatens liberty and the constitutional rule of law. Albert Camus, a Nobel Prize winning existentialist, penned words that fit our tumultuous times: “The first progressive step for a mind overwhelmed by the strangeness of things is to realize that his feelings of strangeness are shared with all men and that human reality, in its entirety, suffers from the distance which separates it from the rest of the universe.” He concluded, “I rebel – therefore we exist.” As I read Camus, he is rebelling against aspects of the emptiness of existential theory and opting to find hope and meaning in our shared experiences, even in the darkest of times.

Humanity has always faced a choice between the apparent security and the optimism of liberty.  Athens’ ancient lawgiver, Draco, was so harsh that his name has become an adverb to describe obsessive severity.  The democracy that the Athenians eventually established for themselves was, in the end, condemned for abusing its freedoms.  For his part, James Madison, America’s great lawmaker, acknowledged that men are not always angels, but he struck a different balance than Draco. Madison feared tyranny and opted for ordered liberty rather than community secured by harsh laws. If faced with the choice between apparent security and liberty, he (and most of his generation) chose liberty.

Today, there are those who praise the efficiency of totalitarian regimes designed to protect the community against natural calamities and their fellow beings. If we opt for the totalitarian and model, we will face a lasting existential threat not just to our lives but to our very way of life.

As we observe the totalitarian model at work, it is evident that despots can force their subjects to do what they believe to be in the best interests of the community. Sometimes it appears to work, at least in the short-term. The Chinese government, for example, directed the details of the lives of their people to preserve order in their community. They claim they saved lives and established the strength of their form of government.

The liberty envisioned by America’s framers is, by intention, a bit messy and a lot less efficient than totalitarian model of governance, but it is clearly preferable. If we opt for the totalitarian model, we jeopardize the constitutional rule of law and liberty. Furthermore, when we heap praise on totalitarian and draconian solutions, we also sadly teach the rising generation a horrific lesson, setting a precedent for governmentally imposed draconian limitations on liberty in times of crisis.

Examined closely, the totalitarian model of the Chinese government was a major part of the problem. As the coronavirus began to spread, rather than being forced to be transparent by a free press and democratic processes, the Chinese government sought to cover up the crisis. In doing so they contributed to the spread of a pandemic. In a nation like ours, however, we turn first to ordered liberty, including a free press and individual responsibility.

Sadly, there is another pernicious threat to ordered liberty, secured by the values of the First Amendment, that is gaining a foothold in America. Leaders on the left and the right seem to take delight, from time to time, in declaring our free press to be “fake news” designed to be deliberately misleading.

As one who has studiously watched all the major networks and cable stations during the current crisis, it is clear that the commentators sometimes naturally incline toward their own bias and occasionally feed the angry appetites of their viewers to maintain market share to “feather their own nests” of pride and avarice.  Thanks to many able journalists and experts like Dr. Anthony Fauci, who are consummate professionals and appear regularly on all major media, the American people have access to the truth in ways citizens in a totalitarian regime do not.

Before we yield to the allure of totalitarian solutions and engage unwittingly in attacking the very structures and rights that make us a great nation, it is important to examine closely the successes we have been blessed with as Americans during this crisis.

We have three branches of government, which must work together in a crisis that implicates life and liberty to ensure that our worst angels are checked. They are doing so. The Executive Branch, led by President Trump, is now briefing the American people daily, including responding to difficult questions from an ever-inquisitive press. Despite lingering partisan differences that impede their capacity to govern, the Legislative Branch, led by House Speaker Pelosi and Senators McConnell and Schumer, are putting America first and are working with the Executive Branch. Indeed, they have established that they really can govern when they must. The Judiciary is also meeting regularly and without concern for politics to ensure that parties are treated justly in difficult times.

Perhaps most significantly in the long term, our Bill of Rights and particularly the rights secured in the First Amendment are serving us well in this time of crisis. Religious leaders like the Most Rev. Oscar Solis, bishop of the Catholic Dioceses of Salt Lake City have exercised their First Amendment rights, calling for calm to avoid panic and urging their flocks to sacrifice for the good of others. Bishop Solis wisely noted, “In our little and humble way, we can contribute to helping in this time of crisis by temporarily depriving ourselves of the Holy Mass. [But we must continue] to pray and practice our faith.” At the outset of this crisis, President Russell M. Nelson noted that the Church of Jesus Christ of Latter-day Saints should be part of “the solution to this challenge” and made “temporary adjustments to worship” as members joined in praying for and ministering to “those who are suffering.” The collective and clarion call for sacrifice and the responsible exercise of liberty has inspired untold acts of human kindness during this crisis.

As previously noted, the freedom of speech and the press have served us well.  Admittedly, there have been confused and sometimes ill-informed voices, but the result has been truth with transparency, something that one never finds in a totalitarian government.

Even the right to petition one’s government, a right that only 3% of Americans can identify as part of the First Amendment, has helped facilitate meaningful discussions between the state and federal governments and have done so with more efficiency than was the case at the founding when petitions were tediously written and then submitted to the national government.

Federalism, the federal-state relationship, is working well, too. States have acted promptly and in a manner that permits experimentation to meet the special needs of their people. In turn, the federal government, largely through FEMA and other departments and federal agencies, is orchestrating efforts that can only be undertaken at a broader national level. The exchange of ideas and support has been heartening and is reaping results.

America’s seemingly inefficient process that combines structures of government designed to avoid tyranny and the securing of rights is building the trust of the American people. Totalitarian governments, on the other hand, have lacked transparency throughout the process with a resultant diminution in human dignity and trust on the part of the people they purport to serve.

Most Americans see coronavirus as a genuine threat and not a hoax and are choosing to exercise their liberty in responsible ways. They view that liberty as a treasure and in some instances, as was the case with James Madison and so many members of the founding generation, as a providential gift that can bind rather than divide a free people who understand that human dignity and respect for the rights of others are the bulwark of a free society.

What of the outliers, however, who assert their First Amendment right to assembly or association and fail to understand that ordered liberty requires that we exercise our freedom responsibly? The medical and the legal answer is the same – rather than imprisoning the recalcitrant, as has been done in totalitarian regimes, we have largely chosen to exercise “social distancing,” self- and only under the most severe of conditions and limited ways government-imposed isolation. Our system has also enabled us to use the tools of persuasion that are the essence of a free society to persuade the hesitant.

James Madison was correct when he asserted, “We are right to take alarm at the first experiment upon our liberties.” Amid a life-threatening crisis, we have wisely eschewed the allure of totalitarian solutions and are reaping the miracle of a nation conceived in liberty.

Rodney K. Smith directs the Center for Constitutional Studies at Utah Valley University and is the author of JAMES MADISON: The Father of Religious Liberty and DOLLEY AND JAMES MADISON: An Unlikely Love Story that Saved America.

Awesome read! Love your commentary and neutral critique, replete with intriguing thought processes and language. If I was still a student - I would definitely take some of your classes!

People like Bill Gates are nudging in totalitarian actions. It will be important to watch his motives and how his influence is felt at the government and international levels. He offers security over liberty in his actions through his technology offerings in the name of public health. By design, people are asked to give up consent/right to choice, right to privacy, and personal health decisions.