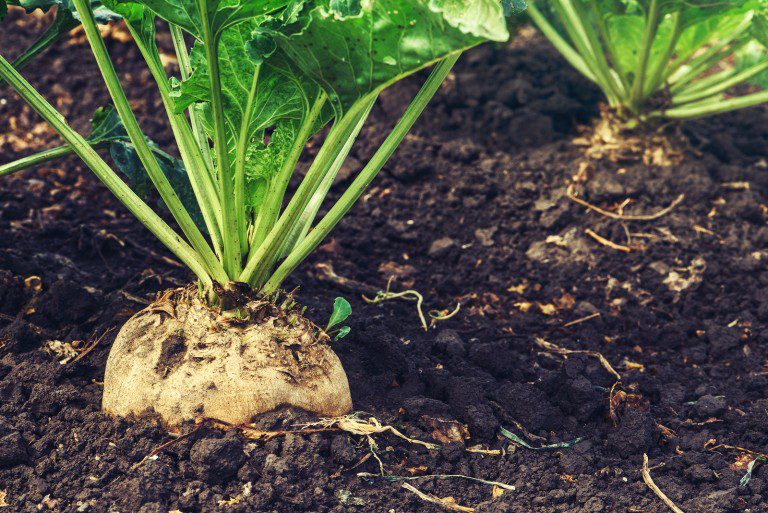 To listen to this podcast episode in full, scroll to the bottom of the page.

The Interview: The balance between the LDS Church’s operation of its non-profit and for-profit endeavors has always come with both benefits and repercussions. Censure of the City Creek building project reignited this divisive topic as critics contended that more funds should be directed toward humanitarian pursuits and less towards financial ones. It’s an ongoing discussion layered with complexities as the Church decides how best to generate the funds necessary to fulfill its mission. The example of the Utah–Idaho Sugar Company is a micro study in the costs and benefits of for-profit ventures. Historian Matthew C. Godfrey is an expert on the church’s involvement in the sugar industry. In this episode, he discusses with Laura Harris Hales some of the challenges that face the church when it becomes involved in business.

The sugar business in Utah began in earnest in the late 1880s when there was interest on the part of some individuals to produce sugar from beets. Needing capital in order to finance the construction of a factory, they approached Wilford Woodruff and asked if the church could provide some funding.

From that revelation, he met with the Quorum of the Twelve Apostles, and he instructed several of them, including Heber J. Grant and Joseph F. Smith, to go out among Utah businessmen and raise money for the sugar factory. The apostles raised the necessary funds, and in 1889 the Utah Sugar Company was formed. The church didn’t have a financial interest in the company, but simply boosters for it. But as the 1890s wore on and as the company got into some financial difficulties, Wilford Woodruff, again believing that God wanted this industry established, got the church involved financially in the industry.

Woodruff’s interest in the business was two-fold: to provide the Saints with economic opportunities and allow the Saints to be self-sufficient in sugar. Woodruff and Joseph F. Smith both talked about the need to provide some labor opportunities for the Saints in the Great Basin. The labor could come as employees working in the factory to actually extract the sugar or as farmers growing the sugar beets for cash.

The fact that Wilford Woodruff said it was the mind and will of God that the church become involved in the sugar industry set it apart from other business ventures. It carried with it a level of commitment and compelled the church to seek for outside funding after the panic of 1893 to keep it afloat.

At that time, the Utah Sugar Company became tied to the eastern Sugar Trust, and the company ceased producing sugar only on a regional basis. Now, eastern businessmen were investing in something the church started because of a revelation. With outside investment, the Utah Sugar Company had to be very concerned about business practices so they could make a profit. Having received financial backing from the Sugar Trust, those involved in Utah Sugar expanded into other areas in Utah and into Idaho, leading to the formation in 1907 of the Utah–Idaho Sugar Company.

Utah–Idaho leaders wanted the company to make money and tried to keep costs down and prices to consumers up. But beet growers, most of whom were Mormon, wanted as much as they could get for their beets. This was no longer the mutual cooperative economy characterized by Zion’s Cooperative Mercantile Institution; this was for-profit capitalism. That’s a huge transition from how the church had participated in businesses in the past.

Thomas Alexander referred to this time period as “Mormonism in Transition.” Social, political, and economic transitions were all occurring as polygamy ended, Utah became a state, and the church became involved in more solely for-profit enterprises. Economically, the church moved from cooperatives and from the mindset of where the church dominates everything in the economy to integration into a national economy where they’re influenced by national trends.

The church was still in this mindset that, “We’re building up industry. We’re investing money in these things so that our people can have employment, and, therefore, we want to see it succeed so we’ll take a large role in it.” People on the national stage looked at that and said, “Wait a second. That can’t happen. You can’t have that kind of ecclesiastical influence over business interests. You can’t be that involved in business interests.”

This was a time when the United States, as a whole, was very sensitive about big business. The Progressive Era is noted for “trust-busting”—the dissolution of large monopolies under presidents Theodore Roosevelt, William Howard Taft, and Woodrow Wilson. All three leaders took measures to make sure there was not unfair competition in business, that large trusts and monopolies did not exist, and that fair competitive conditions prevailed in the United States. The church, and especially Utah–Idaho Sugar, began running afoul of these trends. The Progressive Movement and the efforts to break down big business come into play with Utah–Idaho Sugar because it is, essentially, a monopoly in the Great Basin over sugar.

Listen in as researcher Matthew C. Godfrey shares how the church-owned Utah–Idaho Sugar Company avoided trust busting despite censure by the Federal Trade Commission and how a generation of young men grew up as “beetdiggers.”

About Our Guest: Matthew C. Godfrey is a general editor and the managing historian of the Joseph Smith Papers. He is also a member of the D. Church History Department Editorial Board. Matthew holds a PhD in American and public history from Washington State University. Before joining the project, he was president of Historical Research Associates, a historical and archaeological consulting firm headquartered in Missoula, Montana. He is the author of Religion, Politics, and Sugar: The Mormon Church, the Federal Government, and the Utah-Idaho Sugar Company, 1907–1921 (2007), which was a co-winner of the Mormon History Association’s Smith-Pettit Award for Best First Book.

Religion, Politics, and Sugar: The Mormon Church, the Federal Government, and the Utah–Idaho Sugar Company, 1907–1921 by Matthew C. Godfrey