“The Book Nobody Wants”: Hugh Nibley and the Book of Mormon | Meridian Magazine 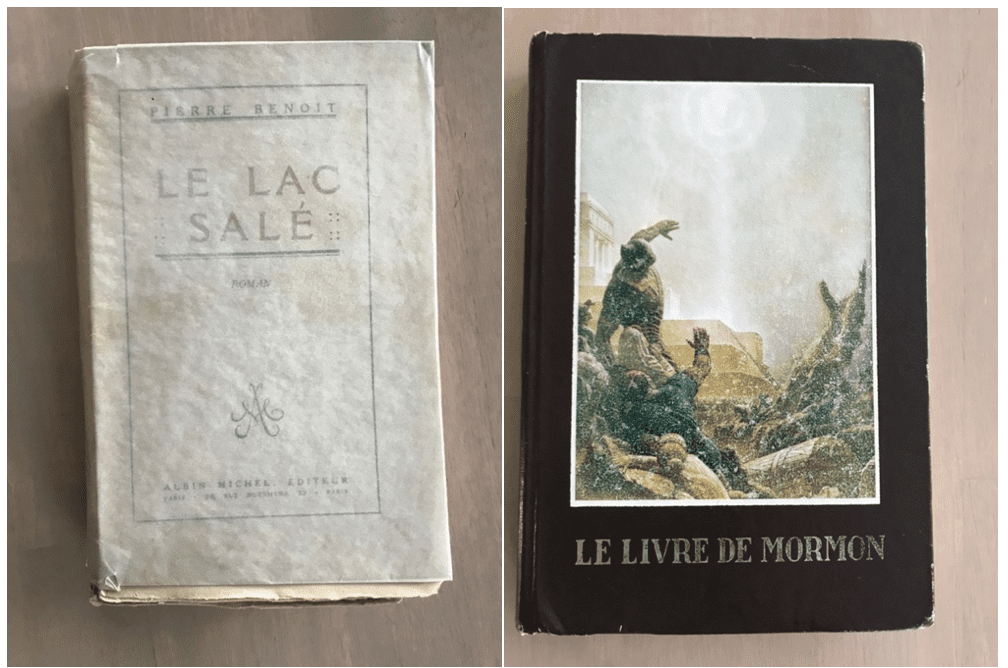 “The Book Nobody Wants”: Hugh Nibley and the Book of Mormon

This is the second of eight weekly blog posts published in honor of the life and work of Hugh Nibley (1910–2005). The series is in honor of the new, landmark book, Hugh Nibley Observed, available in softcover, hardback, digital, and audio editions. Each week our post is accompanied by interviews and insights in pdf, audio, and video formats. (See the links at the end of this post.)

In an eloquently written chapter of Hugh Nibley Observed, Marilyn Arnold highlighted Nibley’s profound disappointment that most people don’t share his deep love for the Book of Mormon:[1]

He alludes to it ironically as “the Book Nobody Wants,” allowing as how the world acts “as if the Book of Mormon were being forced on [it] against its will.” Then he adds an ironic comment that is pure Nibley: “Only the practiced skill and single-minded determination of the learned has to date enabled them to escape the toils of serious involvement with [the Book of Mormon].”[2]

What did Nibley mean by “the Book Nobody Wants”? I got a taste of that as a young missionary in France when I learned how difficult it was to find readers for the Book of Mormon in one of the most highly educated and literate countries of Europe. Instead, some of them were eager to tell me fantastic tales like the one about the young girls who were duped by the missionaries into following them to Salt Lake City. There, according to the version I heard, they were locked up in one of the towers of the Salt Lake Temple until they were finally able to jump out of the tower into the Great Salt Lake and swam to safety.[4]

In sharp contrast to the general indifference to the Book of Mormon I experienced on my first mission, I remember how the near monthly orders for hundreds of copies of the Book of Mormon made by my wife in the office of the Democratic Republic of the Congo Kinshasa mission were constantly on backorder from Frankfurt. In Kinshasa, Kathleen and I couldn’t walk anywhere without someone noticing our missionary name tags and wanting to talk about Jesus or ask us for a Bible. I hadn’t anticipated such great interest in the Book of Mormon in the heart of Africa — after all, I had not thought this was “their” story in the same way it was the story of many indigenous groups in the Americas and the Pacific islands.

But we soon found out we were mistaken: the stories of continual violence, wars, and conflicts, endemic corruption, government leaders on the take, Gadianton robbers and assassins, courageous Christians, life-changing visions from heaven, and the Gospel being preached to the poor and poor in heart were indeed their stories, too — and it struck them to the heart to read them. After having lived in the Congo, many of the Book of Mormon stories became daily reality — as they are becoming reality in too many parts of the world.

I will never forget how glad we were, after a new shipment of copies of the Book of Mormon finally came in, to share one with a very humble (but characteristically biblically educated and literate) parking lot attendant in our compound who eagerly took it to read during his night shift. The next morning when we saw him, he burst out with an uncontainable enthusiasm, “I can’t believe how much I learned from Alma about what happens to people between death and resurrection!” Though this contrast did not diminish by one whit my great and eternal love for the many devoted French members and friends we cherish, it further increased my admiration for the spiritual inclination of the Congolese people. They immediately recognized there was a treasure of infinite worth hidden in the Book of Mormon, and they wanted to know more about what God had spoken.

Which brings us back to Hugh Nibley, to whom the Book of Mormon was also a treasure of infinite worth. He often found himself tired of all the focus on the history of the Book of Mormon, the shape and weight of the plates, the admittedly miraculous method of its translation, the myriad details of its publication, and also, unfortunately, the efforts to impugn the character of its translator. What he wanted people to pay attention to was the contents of the book itself. We must not, as Elder Boyd K. Packer warned us, admire the box and while forgetting the pearl that it holds inside.[6]

Fittingly, one of Nibley’s most well-known parables, with application to the Book of Mormon, teaches us the way, and the only way, one can reliably test whether a diamond is real:[7]

A young man once long ago claimed he had found a large diamond in his field as he was ploughing. He put the stone on display to the public free of charge, and everyone took sides.

A psychologist showed, by citing some famous case studies, that the young man was suffering from a well-known form of delusion. An historian showed that other men have also claimed to have found diamonds in fields and been deceived. A geologist proved that there were no diamonds in the area but only quartz: the young man had been fooled by a quartz. When asked to inspect the stone itself, the geologist declined with a weary, tolerant smile and a kindly shake of the head. An English professor showed that the young man in describing his stone used the very same language that others had used in describing uncut diamonds: he was, therefore, simply speaking the common language of his time. A sociologist showed that only three out of 177 florists’ assistants in four major cities believed the stone was genuine. A clergyman wrote a book to show that it was not the young man but someone else who had found the stone.

Finally an indigent jeweler named Snite pointed out that since the stone was still available for examination the answer to the question of whether it was a diamond or not had absolutely nothing to do with who found it, or whether the finder was honest or sane, or who believed him, or whether he would know a diamond from a brick, or whether diamonds had ever been found in fields, or whether people had ever been fooled by quartz or glass, but was to be answered simply and solely by putting the stone to certain well-known tests for diamonds. Experts on diamonds were called in. Some of them declared it genuine. The others made nervous jokes about it and declared that they could not very well jeopardize their dignity and reputations by appearing to take the thing too seriously. To hide the bad impression thus made, someone came out with the theory that the stone was really a synthetic diamond, very skillfully made, but a fake just the same. The objection to this is that the production of a good synthetic diamond 120 years ago would have been an even more remarkable feat than the finding of a real one.

As Nibley’s scholarship consistently demonstrated, both in its strengths and in its shortfalls, conducting real and comprehensive tests for the Book of Mormon as an authentic, ancient record is, generally speaking, a more rigorous and challenging process than testing hypotheses about whether its origin has a purely nineteenth-century explanation. To fully appreciate the Book of Mormon, we must come to understand the many rich details hidden in its inspiring stories, details that have been deliberately included to bless the lives of those with eyes to see and ears to hear.[8]

Though often entertaining and inspiring, Nibley’s voluminous Book of Mormon writings are not always light and facile fare. But, as President Russell M. Nelson reminded us: “The Lord loves effort.”[9] Nibley recounts:[10]

Years ago, when I wrote the 1957 priesthood manual, An Approach to the Book of Mormon,[11] the committee turned down every chapter. But President [David O.] McKay overruled the committee on every chapter. He said that if it’s over the brethren’s heads, let them reach for it. He left every chapter just as I had it. The committee fumed at the mouth and protested, “We can’t have it!” President McKay turned right around and said, “We jolly well can have it! Let them work at it a little.”

In his chapter from Hugh Nibley Observed, Richard L. Bushman notes that prior to Nibley’s telling of the Snite parable, “Nibley makes a remarkable statement”:[12]

We have never been much interested in “proving” the Book of Mormon; for us, its divine provenance has always been an article of faith, and its historical aspects by far the least important thing about it.[13]

Bushman asks: “What can he possibly mean when he says he has never been much interested in ‘proving’ the Book of Mormon? How can a man who dedicated his life to that endeavor say he is not much interested?” The answer is, of course, that Nibley’s testimony “arises in another realm, the realm of faith.”[14] Though Nibley rejoiced in the truths unearthed through scholarship and the deeper understanding of scripture doctrine and events such knowledge brings, his personal witness of the authenticity of the Book of Mormon, the most precious gift it delivered to his soul, came to him by means of divine revelation.

This week’s Insight content is also focused on the Book of Mormon. A short video entitled “What Was Hugh Nibley Thinking About When He Landed His Jeep on the Beach on D-Day?” is embedded below, along with a more complete podcast and pdf transcript that are available for listening or download.

We hope you will enjoy the video interviews of John W. “Jack” Welch embedded here, which you can view in either long or short form. Keeping with our Book of Mormon theme this week, Jack has been a firsthand participant in some of the most important Book of Mormon research. In addition, as the catalyst that led to the formation of the Foundation for Ancient Research and Mormon Studies (FARMS) in 1979, no one is in a better position than Jack to tell the stories of its beginning, and the important role of Hugh Nibley in the organization and its publications, including the nineteen-volume Collected Works of Hugh Nibley.

Here is the short version of the video:

Here is the longer version:

[4] I was greatly disappointed when I finally got my copy of Le Lac Salé, a plural marriage potboiler by a well-known French author, that this story was not included (for a plot summary and an excellent review of the 19th and 20th century attitudes and literature of the French about the Latter-day Saints [W. Decoo, Image, Part 1 and W. Decoo, Image, Part 2, especially the plot summary and analysis of Benoit’s book on pp. 271–273]). However I was interested to learn that Gary C. Lawrence had heard a similar story during his mission to Germany in 1961, where it was apparently depicted in pamphlet as a true fact rather than a fictional invention. After recounting a non-stop series of salacious episodes the book “finished up with the woman sobbing (as close as I can remember the words), ‘The final humiliation was when the Mormon priests pushed me out of the second story of the Salt Lake temple into the Great Salt Lake to be baptized.’” Lawrence added: “I didn’t know whether to laugh, to punch a hole in the wall, or to try to find the woman and recruit her for the Olympics” (G. C. Lawrence, She Jumped).