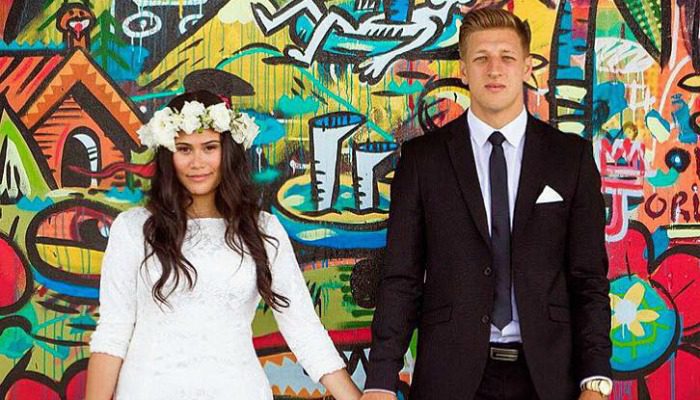 Benjamin Armstrong and his bride, Aaliyah Hall, are receiving a lot of attention after sharing a video of friends and family performing the haka on their wedding day.

The couple married for time and all eternity in the Hamilton New Zealand Temple last Friday. After the temple sealing, close friends and family performed the Maori dance. While the haka is traditionally an ancestral war cry that uses shouting, slapping and exaggerated facial expressions to intimidate opponents, the Maori people also perform the dance as a symbol of respect and love.

Since Armstrong shared the heartfelt performance on Facebook, the video has gone viral, and the couple says they are humbled by the responses they’ve received from around the world.

To read what the BBC had to say about it, click here.

See what they said on CNN by clicking here.