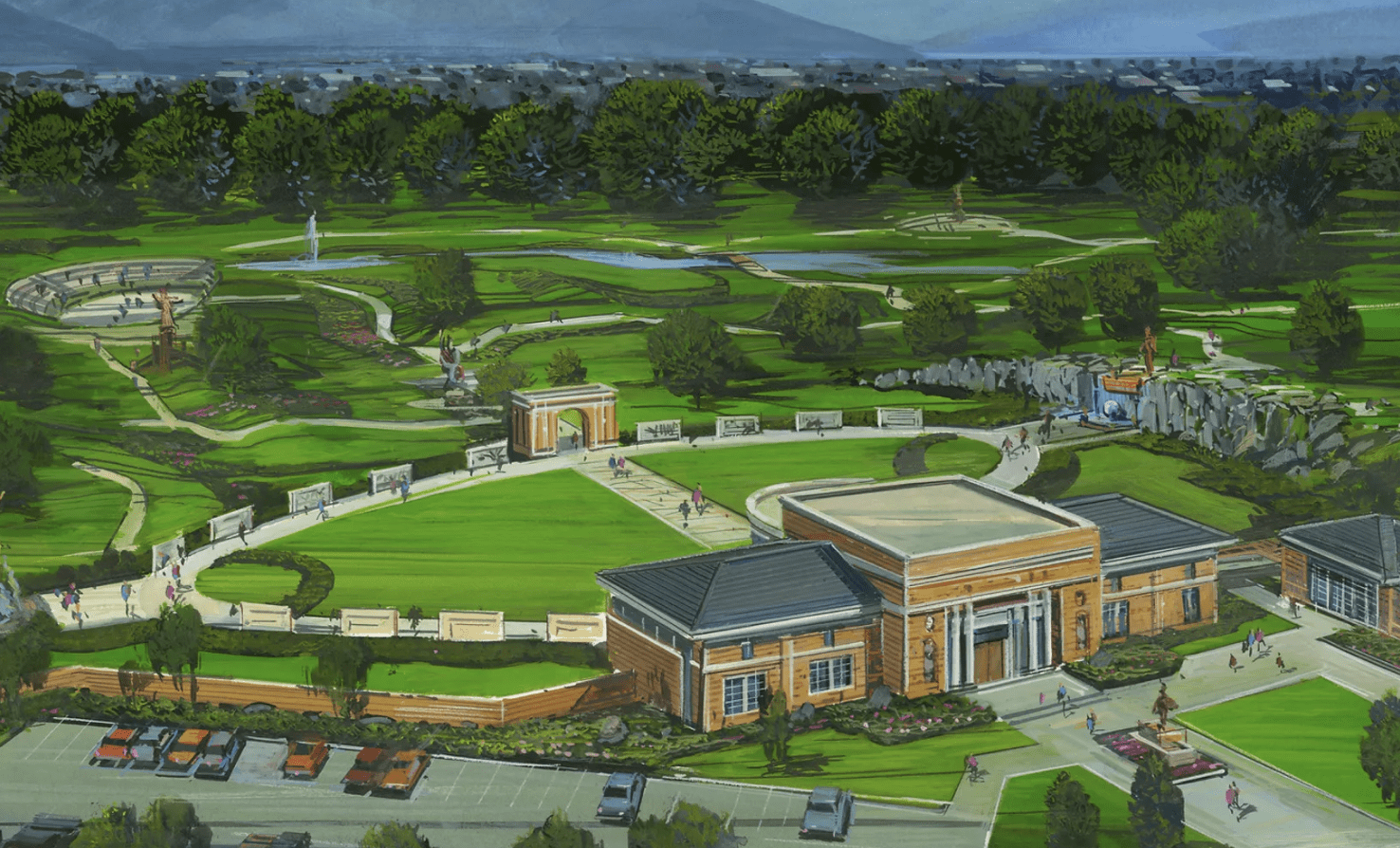 Editor’s Note: Meridian Magazine has been a longtime supporter of Steven Neal’s project highlighted in the article below. To see past coverage on the project from Meridian, CLICK HERE.

A Utah man says a monument garden depicting Jesus Christ and his connection with America through the Book of Mormon and the founding of America is on its way to becoming a reality in the Heber Valley.

Dr. Steven Neal is a facial plastic surgeon and sculptor. He says he’s been working on the project for decades, has completed miniature versions of multiple sculptures for the garden and is starting the process to make them life-size.

He also finally has a location for the park; over 10 acres of land that he says is in the process of being donated to his nonprofit company called Monument of the Americas.

In 1976, Neal said he heard Elder Boyd K. Packer of The Church of Jesus Christ of Latter-day Saints speak about art and the Restoration of the gospel. Neal said he decided to dedicate his artistic efforts toward the message of the Restoration of the church and the Book of Mormon, a volume of scripture in the church. At that time, he did not consider himself to be artistic, but he started doing oil paintings and later started a nonprofit organization associated with these prints.

Later, Neal said he was in a temple when he had an epiphany and began to plan the sculpture garden. He made a commitment to undertake a project which has since developed into Monument of the Americas and this park.

“The basis of (the sculpture garden) was a personal covenant that I made and … even if it never, never unfolds, if it’s never built, I still am keeping it,” Neal said.

He said this dream has given him a lot of life and energy, and he has told himself that even if it doesn’t become a reality in his lifetime, he will continue working on the dream.