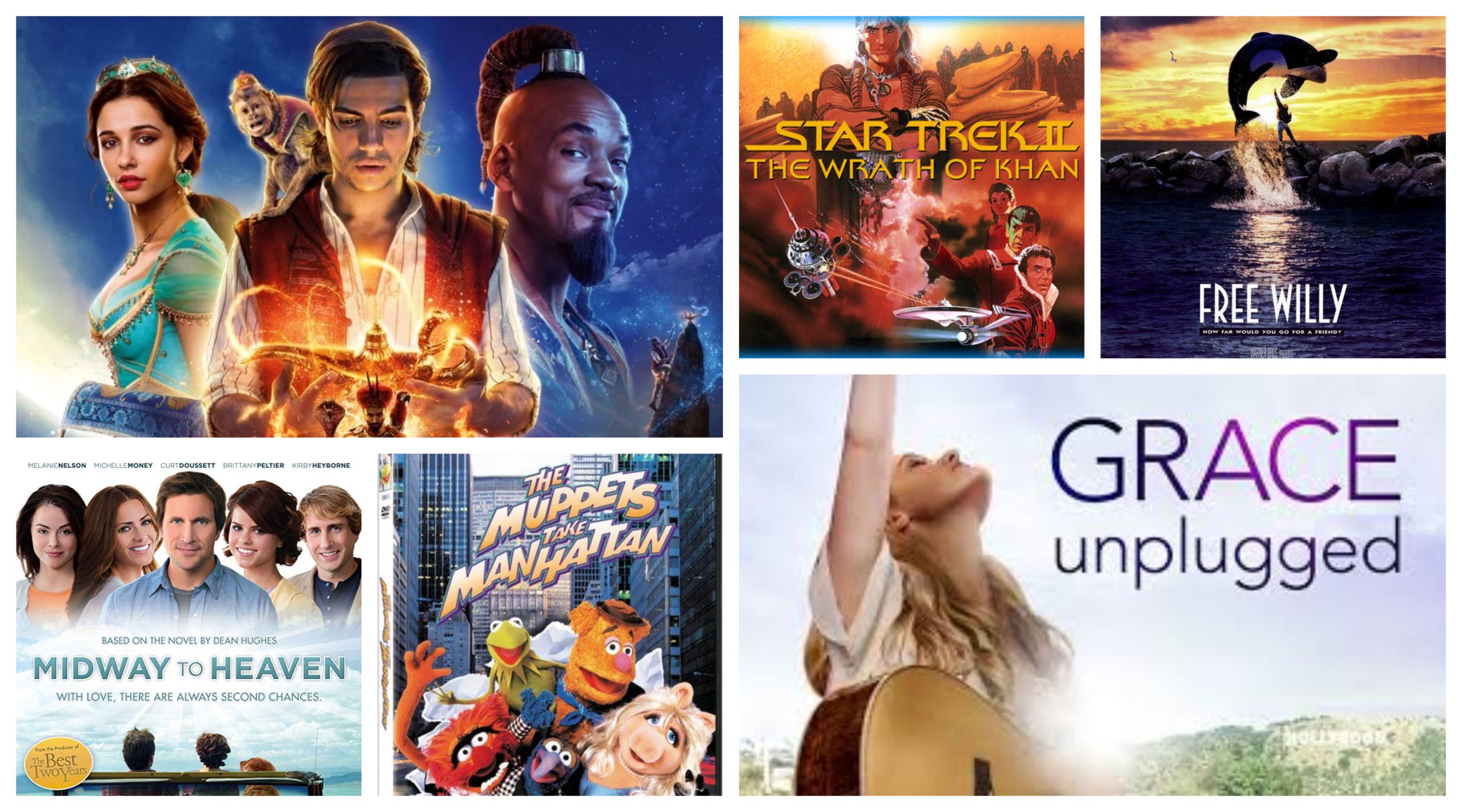 “Choose wisely when using media because whatever you read, listen to, or look at has an effect on you. Select only media that uplifts you.” (For the Strength of Youth- Entertainment)

Midway to Heaven, based on the Dean Hughes novel of the same name, finds a Latter-day Saint widower (Curt Doussett, Saints and Soldiers) navigating his daughter’s relationship with a new boyfriend (Kirby Heybourne, The R.M.) while starting one of his own. Charming, witty, and moving, from director Michael Flynn (who you know from The Best Two Years and The Lamb of God). Overlooked gem, something of a Latter-day Saint Father of the Bride.

2019’s Aladdin remake got a lot of flack for not measuring up to the original (and how could it, really?), but taken on its own merits there’s a lot to enjoy here, from the soaring music to Will Smith’s putting his own stamp on Genie and Naomi Harris’ powerhouse performance as Jasmine. Definitely worth a rewatch or catching for the first time.

Free Willy, the 1993 classic family film about a boy who befriends an orca in captivity and decides to return him to his family, is a heart-warmer to enjoy with your kids. Charming acting (by the humans and the whale), gorgeous cinematography, and one fantastic Michael Jackson track make this worth revisiting all these years later.

Grace Unplugged is one of my all-time favorite Christian films. A teenage girl sets out to make her mark in Hollywood and the music industry, only to find herself pulled back from the brink of sin by the love of her earthly parents and her Heavenly Father. Well-acted prodigal daughter tale with wonderful music.

Amazon Prime just got a bunch of Star Trek films, but Star Trek II: The Wrath of Khan is widely considered to be the best ever made. Smart, action-packed, and emotional, this is Trek at its finest.

The Muppets Take Manhattan may very well be the Muppets’ finest hour. Hilarious and witty fun for all ages.

There was a time when religious films won Oscars. That time was 1945 but still, Going My Way is a fantastic movie. Bing Crosby stars as a Catholic priest who uses his musical talents to save a boys’ school in this faith-promoting winner which won Best Picture, Best Actor, Best Director, Best Supporting Actor, Best Adapted Screenplay, and Best Story.  Rent or buy it here.

we just watched Jumanji the next level. I was totally disappointed in it. It had so many swear words that I totally lost interest in it. it could have been fun instead of offensive.