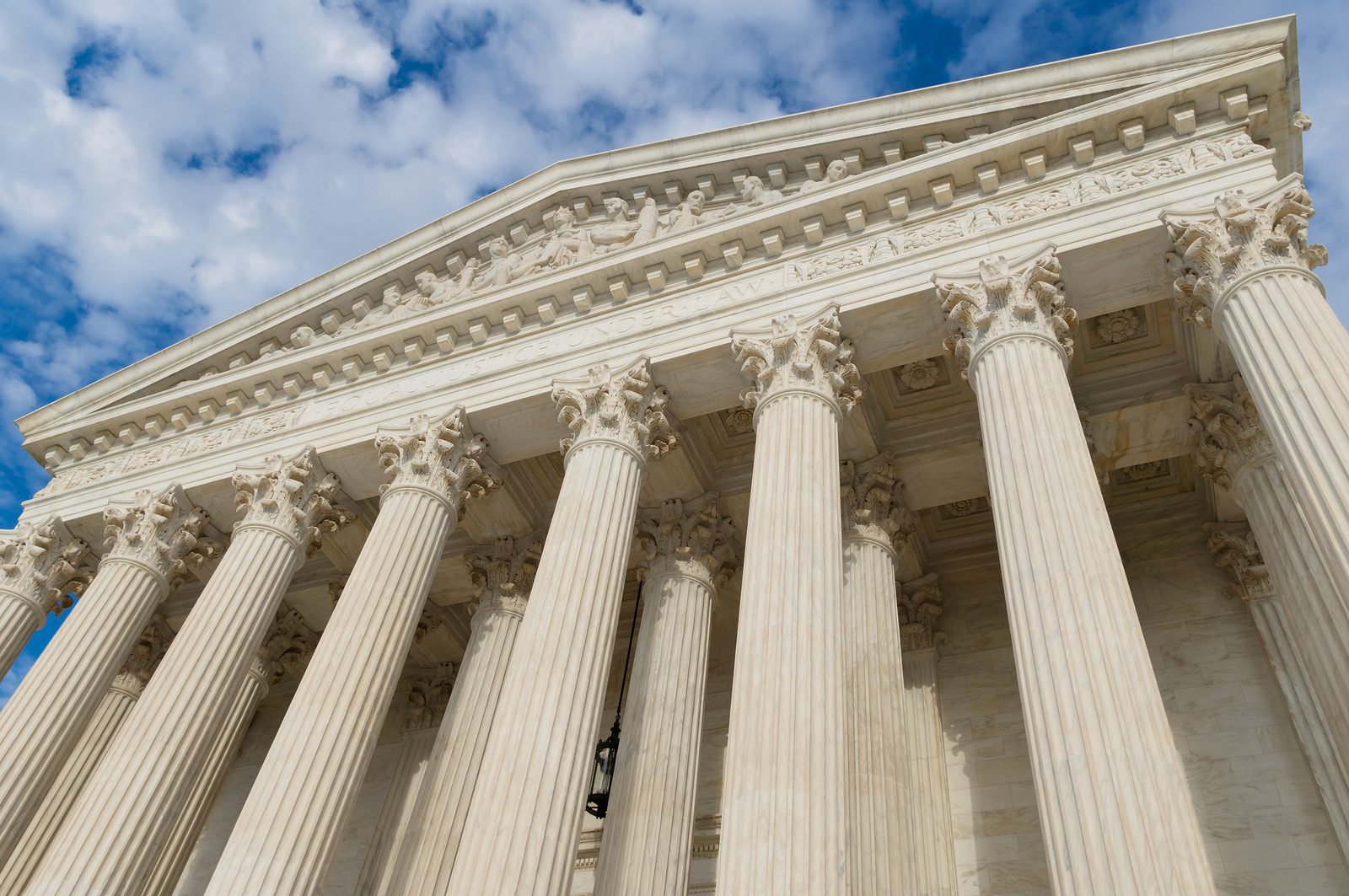 Indeed, one must go back to cases involving the Church of Jesus Christ of Latter-day Saints and the practice of polygamy, decided in the late nineteenth century, to find another instance of the Supreme Court blatantly limiting the free exercise right contained in the First Amendment. President Clinton, on the other hand, with near-unanimous support in Congress, sought to restore the religious liberty lost, due to Justice Scalia’s surprising decision. This is a historical tale worth telling because a happy ending may be in sight.

In 1990, Justice Scalia wrote a tragic majority opinion in the Employment Division v. Smith (Smith) case, in which the Court, with a razor thin 5-4 majority, held that government may regulate the free exercise of one’s religion, so long as it does so in a neutral and generally applicable or indirect manner. In a decision that surprised scholars and Court-watchers alike, Scalia and the Court overruled existing precedent that protected religious liberty through what has been referred to as the compelling interest test.

That test, which had been used in prior Supreme Court decisions, required that government prove that it had a compelling government interest in the policy it was pursuing and that the legislation was narrowly tailored to achieve that interest, before it could directly or indirectly regulate the free exercise of religion. Scalia accepted that the First Amendment prevented government from intentionally discriminating against religion, but he asserted that federal and state governments were permitted to regulate religion in an indirect manner. Thus, if the government passes general legislation to further a general government policy, the fact that the legislation impacts religious liberty in serious ways is immaterial.

Of late, this has given rise to the conflict between general anti-discrimination laws and religious liberty. Thus, for example, under Scalia’s far-reaching decision, if the government decides it is wise policy to make discrimination based on sexual orientation in education unlawful, the government may force education institutions, public and private alike, to comply with that general law even if it violates their right of religious conscience. Under pre-Smith precedent, the government generally was required to provide exemptions from general laws for sincerely held religious beliefs. But, Justice Scalia and four other Justices changed all of that.

In response to Justice Scalia’s wide-ranging decision, President Clinton’s urged Congress to pass the Religious Freedom Restoration Act (RFRA), in response to testimony and lobbying from major religious groups, including the Church of Jesus Christ of Latter-day Saints. In fact, this may have been the only occasion in my lifetime when the Council of the First Presidency and the Quorum of Twelve Apostles, directed one of their members, Elder Dallin H. Oaks, to testify officially on behalf of the LDS Church.

Congress, the Senate and the House, passed RFRA with only a handful of opposing votes. The passage of RFRA essentially reinstated the compelling state interest test that had previously protected religious liberty against indirect governmental action. Proponents of religious liberty were relieved, but that relief proved to be momentary. In 1997 in City of Boerne v. Flores, with Justice Kennedy writing for another slim 5-4 majority, including Justice Scalia, the Court held that Congress lacked the power to pass RFRA, an act that limited the power of states to indirectly regulate religious liberty.

Since the decisions in those two momentous cases, religious liberty has suffered greatly. Now, however, is a time when religious freedom can truly be restored. If five Justices vote to overrule Smith, religious liberty may not be limited unless government proves that it has a compelling and narrowly tailored state interest. The result, in virtually all cases, would be that government would be required to exempt religious believers and churches from general laws that violated their right of free exercise.

You might ask, “Shouldn’t the Court be required to abide by the precedent in the Smith case?” Failing to abide by precedent places the constitutional rule of law in jeopardy, the very issue being raised in the abortion context. The Smith (religious liberty) and Roe v. Wade (abortion) precedents differ in a significant way, however. The abortion precedent is much stronger than the Smith precedent. The abortion precedent has been reaffirmed approximately twenty times, whereas the Smith precedent is isolated and ripe for overruling, because it has never been directly challenged and has not been regularly reaffirmed.

The task is not an easy one, however. When Smith was decided, the liberal wing of the Court supported religious liberty while conservative justices, led by Justice Scalia, did not. Today, the liberal wing is less disposed to protect religious liberty. The conservatives, however, may at last have come to their senses and may be willing to provide robust protection for the right of religious conscience, which James Madison, the primary architect of the First Amendment, declared to be the “most sacred of all property,” an inalienable right that could not bear the slightest touch of the hand of government.

With a fifth conservative justice who recognizes religious liberty as an inalienable right – a right given of God that is largely beyond the reach of government – we might, at last, be able to correct Justice Scalia’s most grievous mistake and restore religious liberty in the robust form intended by the framers of the First and Fourteenth Amendments. Now, that would be a happy ending.

Rodney K. Smith is a constitutional scholar, who directs the Center for Constitutional Studies at Utah Valley University. His book, JAMES MADISON: The Father of Religious Liberty, is forthcoming.

Sounds to me like this is indeed a man who believes if religious liberty. “God assumed from the beginning that the wise of the world would view Christians as fools…and He has not been disappointed. Devout Christians are destined to be regarded as fools in modern society. We are fools for Christ’s sake. We must pray for courage to endure the scorn of the sophisticated world. If I have brought any message today, it is this: Have the courage to have your wisdom regarded as stupidity. Be fools for Christ. And have the courage to suffer the contempt of the sophisticated world.” -Antonin Scalia

It is interesting to note that Elder Dallin H. Oaks, when testifying officially on behalf of the LDS Church in support of the RFRA, concentrated his testimony to the effects of the RFRA upon the States and how important this was. The RFRA was struck down as being unconstitutional as applied to the States. And it is and was obviously unconstitutional as applied to the States. But the RFRA is 100% enforceable on the Federal government. It is AWESOME and I love using it to protect my religion of Christian liberty. I LOVE the RFRA and use it regularly to fight against the government into forcing me to support irreligious programs. I am a political activist and have been for 55 years (since I was 8). I first used the RFRA in a fight against government tyranny before it was declared unconstitutional, by the SCOTUS, on the States. I do not understand why more LDS do not use the RFRA to remove themselves from many anti-Christ Socialist programs like ObamaCare and Social Security (a program President Grant said was against the teachings of Christ). I do not want to be involved in an program that is against the teaching of Christ and the RFRA allows me to be free of this program. It is the official position of the LDS Church that Socialism is the counterfeit religion of Satan and that LDS members should "eschew" socialism. The RFRA is the perfect weapon, a sword of truth, to fight against Satan's religion of socialism. And of course it is a CHOICE to use it or not. Something Christ would approve of. Freedom to choose. The Church OFFICIALLY supported the RFRA. That is a VERY rare thing for the Church to have done. The Church only did this two other times before the RFRA support. So why not learn all we can about the RFRA and why the Church supported it? The Church has filed many Amicus briefs with the Courts in support of the RFRA exemptions by other Churches. They are wonderful to read. Why not take advantage of this gift of God that is MORE useful in fighting federal government tyranny/ socialism than the First Amendment, even BEFORE the Smith ruling. I kind of like the Smith ruling ONLY because we ended up with the RFRA which is MUCH MORE POWERFUL than the First Amendment ever was. Remember...The First Amendment did not help the Church with the polygamy controversy. Under the RFRA the government could not have stopped the Church's polygamy practices. And let us also continue to support and pray for the Court to overrule the terrible Smith ruling.