Religious Freedom: A Right Given from Above that Must be Protected from Below | Meridian Magazine 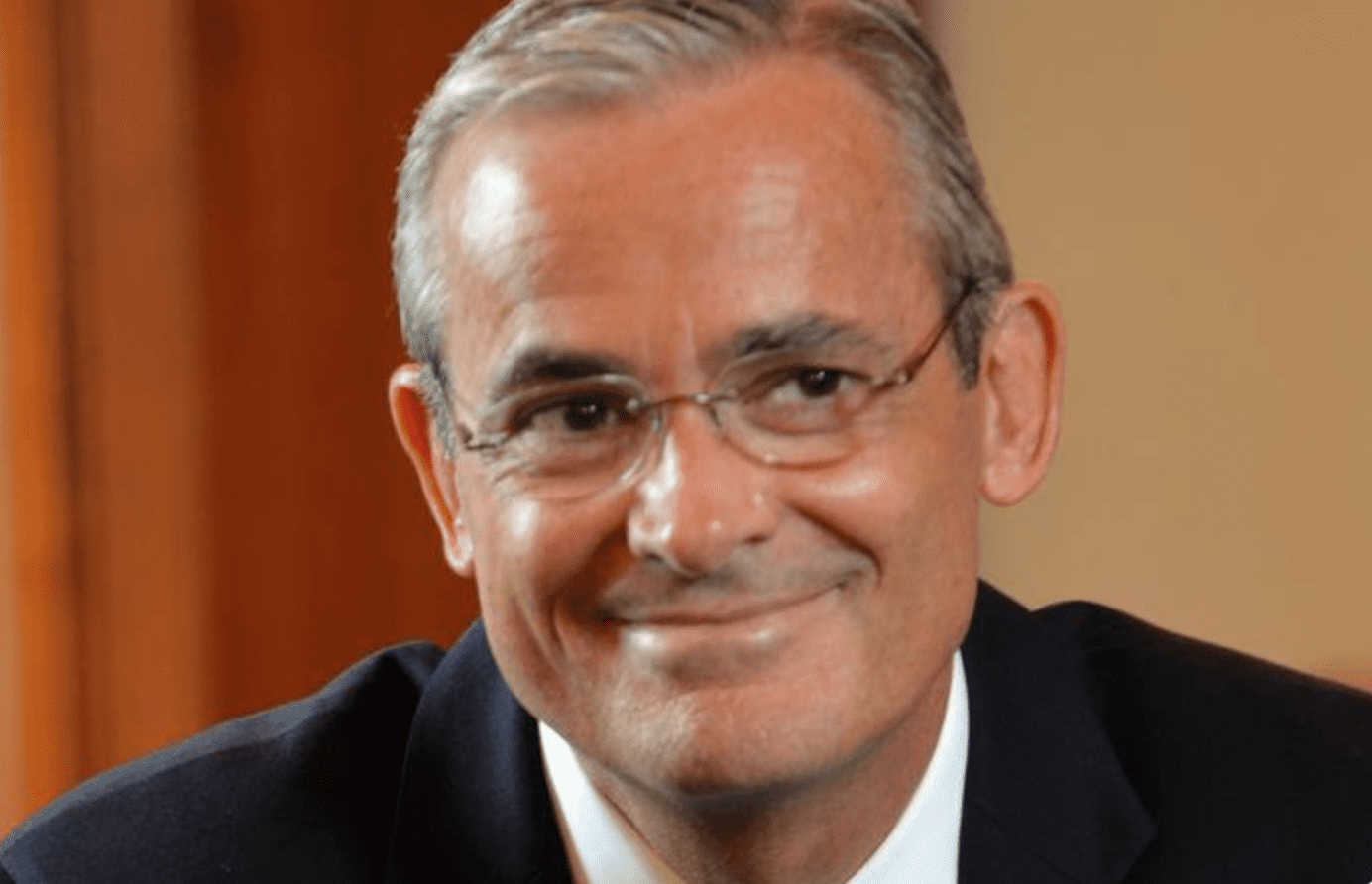 Religious Freedom: A Right Given from Above that Must be Protected from Below

Cover image: Elder Patrick Kearon of the Presidency of the Seventy.

Protecting religious freedom has been a mounting concern among the General Authorities of The Church of Jesus Christ of Latter-day Saints and many of them have given addresses on the topic. The latest was from Elder Patrick Kearon of the Presidency of the Seventy who was the keynote speaker at BYU’s Religious Freedom Annual Review this week who said, “Though these inalienable rights come from above, they still have to be cultivated by human beings below.”

He said, “Most of us drink from the waters of religious freedom without even knowing it. We think of it as a river that will always flow. But we might not recognize the risks to the tributaries that feed that river.

“The perpetuation of religious liberty requires that it be understood and valued by the rising generations. There is a need for them to comprehend what religious freedom brings to society and what is lost when this liberty is eroded.”

Thus there is a need to teach the rising generation how crucial religious freedom is to their “own aspirations, welfare, and happiness.”

Elder Kearon, said that both his parents served in the British armed forces in World War II. “They fought for their neighbors, they fought in defense of their homeland, and they certainly fought for religious freedom, but I don’t suppose that was a phrase they would have used at the time. With so many others, they warded off the tyranny of Nazism. So many freedoms were on the line, and that generation gave everything they had in their defense. Vast swathes of Europe were overrun, with massive casualties. Whole nations were subjugated by tyrants whose aim was to conquer and not only suppress freedoms, including religious freedom, but wipe out and destroy people of particular ethnic backgrounds, faith, and belief.

“The generation which confronted these demonic threats did so with phenomenal courage. It took a society that possessed a highly developed social solidarity and mutual accountability to bring about such a moral achievement.”

But, he noted, the rising generation who marched in the 60’s, were passionate, but seemed to be fighting for lesser things. “My parents lamented the shift toward a mindset of rights with no apparent regard for, or reference to, responsibilities.”

This matters because when we have religious freedom, it is almost invisible to us, but we deeply notice it when it slips away.

Elder Kearon said, “Violation of religious freedom is one of the main reasons why we see so many refugees and displaced people today. Religious differences become religious alienation, alienation turns into persecution, and persecution turns to conflict, war and mass flight. These crises happen when freedoms, including religious freedom and freedom of conscience, are not protected. Regimes target those who believe differently, force them from their homes, and uproot them in terrifying ways.

“The world needs places of refuge from such extremism.”

He said, “Healthy societies run on trust, confidence, and a sense of safety. With freedom of religion and belief, people feel safe in their deepest convictions, and can express and exercise them publicly. The great enemy of religious freedom is estrangement and alienation. When a society or government divides people based on what they believe, how they think, the words they say, whom they worship, or the manner in which they worship, common ground is lost, and life together becomes a battle. The test of a pluralistic society is to achieve unity without diminishing the diversity within it.”

That is why, he noted, “Religious freedom means nothing if you protect your own religious practice while neglecting the practice of others, especially those who might be less secure and able to defend themselves…

“Having a broad view of religious liberty helps us see that it is universal, not just the preserve of those who are powerful or popular. Religious freedom is supra-political, something that is part of our nature before politics declares it to be so. Every person, regardless of religion, race, gender, orientation, or nationality, possesses fundamental rights simply by being human. They include the right to life, liberty, security, equal protection of the law, and the freedom of thought, speech, and religion, as well as protection from political extremism. But we all must remember, be taught, and pass on the responsibilities that come with these rights.

He noted that though “rights are inscribed in laws”, they are “first imprinted in the human heart by a loving God. One of the founders of this nation, Alexander Hamilton, wrote: ‘The sacred rights of mankind are not to be rummaged for among old parchments or musty records. They are written, as with a sunbeam, in the whole volume of human nature, by the hand of the divinity itself; and can never be erased or obscured by mortal power.’”[1]

The gifts that God gave us are rights, which still have to be cultivated with responsibilities.

Elder Kearon said, “The symbiosis between rights and responsibilities is often forgotten in the rush to demand that something be given to us, while forgetting to foster the conditions in which that right can even be respected or have meaning.

“Appropriately exercised, rights and responsibilities move in a virtuous circle. We are more inclined to honor the rights of people when we know them personally and feel a sense of responsibility for their well-being.”

Elder Kearon said, “The demands we make of the law only make sense when embedded in a web of countless norms that make our society possible. We need to keep finding ways to align what we demand with what we can contribute—to our families, workplaces, neighborhoods, churches, schools, and communities.

Religious freedom must move to a much broader audience…

“Important work in religious freedom is found in walking a mile with your brother and sister, listening to a stranger talk about their religious experience, and in the gentle efforts of dialogue and persuasion.” Without this “our culture fragments into cultural and ideological tribes.”

He quoted President Gordon B. Hinckley,  “Men everywhere seem to be groping as in darkness, casting aside the traditions that were the strength of our society yet unable to find a new star to guide them.”[2] He also noted, “Peter Beinart, a writer and political science professor at City University of New York, sees a connection between decreasing religious activity and increasing political conflict. He recently wrote: ‘Maybe religion builds habits and networks that help people better weather national traumas, and thus retain their faith that the system works. For whatever reason, secularization isn’t easing political conflict. It’s making American politics even more convulsive and zero-sum.’”[3]

Elder Kearon asked, “Do we fear the world more than we shape it? Do we let our anxieties prevent us from making a difference? Do we spend more time hiding from society’s flaws than fixing its problems?

“How we answer these questions determines what our social environment looks like. It is always changing, and improves or deteriorates depending on our actions. Society is not something that just happens to us; it is something we help shape.

“The main thing is to engage, dialogue, bridge, and interact with people of all sorts. Unless we participate, we lose our ability to both influence the world and learn from it. As British novelist E.M. Forster put it: ‘Only connect! … Live in fragments no longer.’”[4]

Elder Kearon noted, “I have been inspired by the goodness and selflessness of members of my own church who reach out to those in need. Wherever I have witnessed, in the course of my service, those afflicted by fire, flood, or any manner of natural disaster or humanitarian crisis, our people have been there. When visiting such a location in California, I was asked if I knew what FEMA stood for. As I struggled with Federal… Emergency…, my friend said, “No, it’s Find Every Mormon Available.” It was said in jest, but more than once media has reported that the first two groups at the scene were the Mormons and the Latter-day Saints (reminding us of the uphill task we have to be known by our full name).” He concluded, “The way we all as human beings form our deepest beliefs is perhaps life’s greatest journey of discovery. The freedom in which we do so is precious. Our ability to practice and share those beliefs as we learn of and come to understand the beliefs of others enriches us all, broadens our view, and creates harmony. A climate in which we are free to believe and practice is also a climate in which we can contribute. Religious freedom demands both the universal right and the universal responsibility, and it is our turn to do our part.”

Every word of this is true. Thank you for this article.

As a grandmother it is my responsibility to teach my grandchildren what religious freedom is, how to stand for it,and how to fight to preserve it. Mist important to be a voice that speaks out against secularism Thank you printing this article