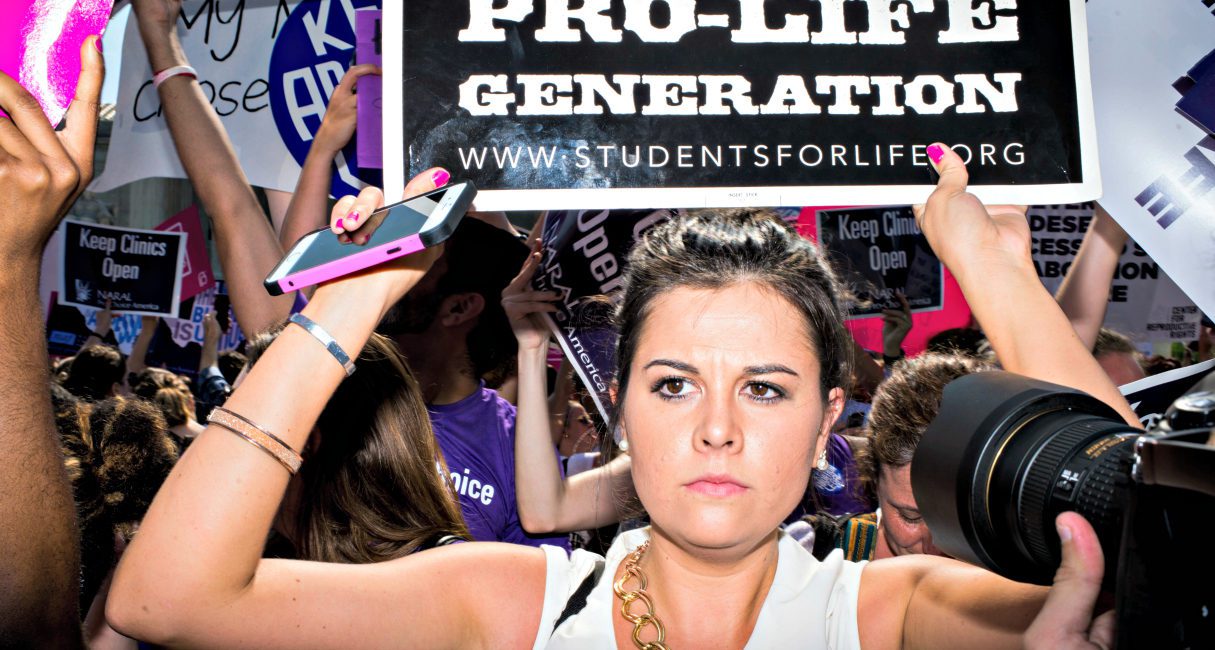 Members of the pro-life movement standing outside the Supreme Court on Monday were visibly discouraged by the 5-3 decision striking down a Texas law that imposed health and safety regulations on abortion clinics. But those activists showed no signs that they intend to back down from the battle over abortion in the United States.

“The pro-life generation is stronger than ever before,” Maddie Schulte, a regional coordinator at Students for Life, told The Daily Signal outside the Supreme Court in Washington, D.C. “I’m excited to see what comes next. We’re coming back full force.”

“We believe in life,” added Anja Scheib, a programs intern for Students for Life. “Millennials,” in particular, she said, “are becoming more pro-life.”

The case before the Supreme Court, Whole Woman’s Health v. Hellerstedt, involves a Texas law, known as H.B. 2. The law required abortion facilities to meet the same health and safety standards as other facilities performing similarly invasive surgeries. It also required physicians who perform abortions to have admitting privileges at local hospitals, in the event that something went wrong during an abortion procedure.

The Supreme Court has previously ruled that while abortion is legal in the United States, states are allowed to regulate the procedure as long as those regulations don’t pose an “undue burden” on women’s ability to get an abortion.

With Monday’s 5-3 decision, the justices decided that the medical benefits of Texas’ law did not justify the burdens they impose on clinics.