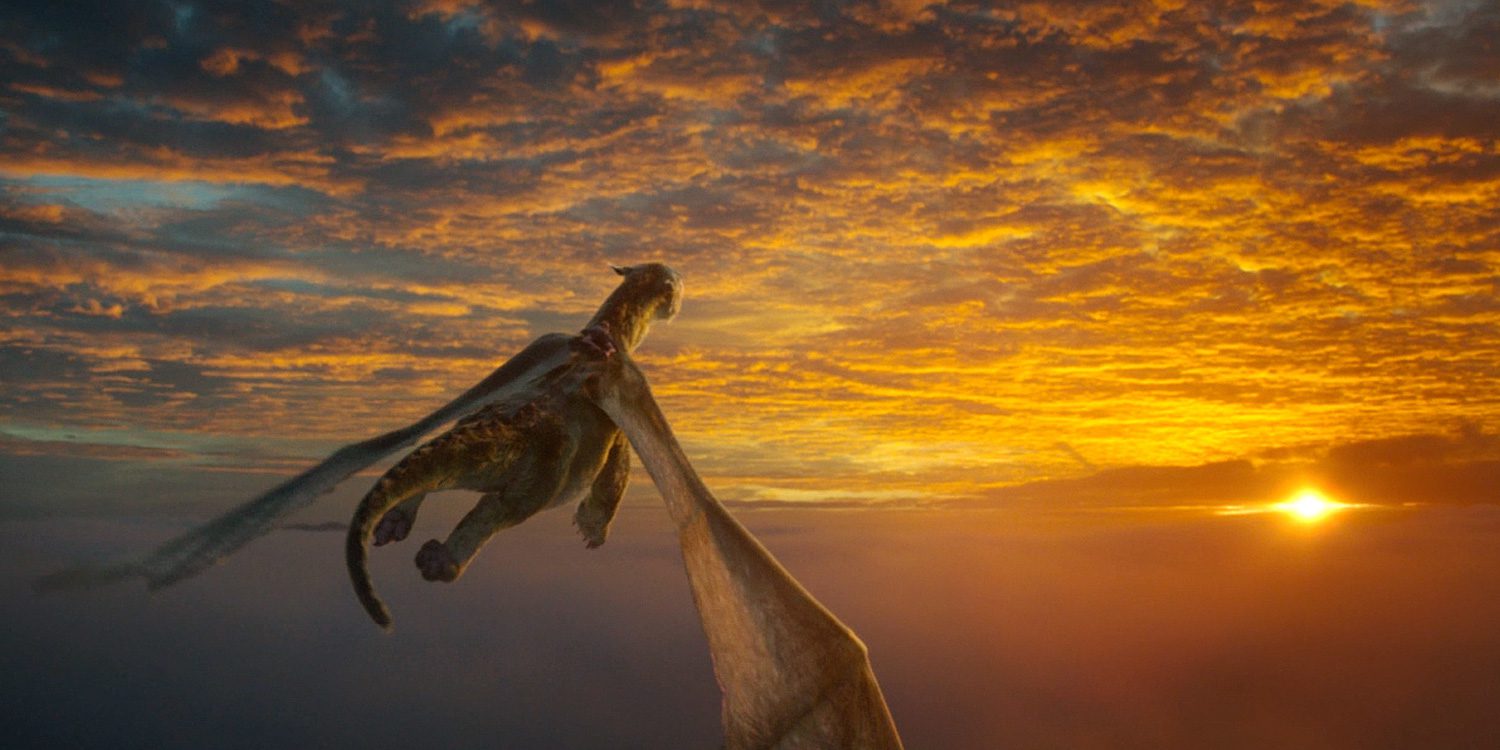 After years in the woods without human contact, a young boy is discovered along with his guardian… a large green dragon. (pre-order it on Blu-ray here or digital here).

Folks, we’re in a new golden age of Disney movie-making. Pixar’s been carrying the banner for years, the Marvel and Lucasfilm acquisitions have been huge, and Disney Animation is on a hot streak with Tangled, Frozen, Wreck-it-Ralph, Big Hero 6, and Zootopia. Most impressive is their series of live-action remakes, which really shouldn’t work but arguably improve on the source material. Cinderella, The Jungle Book, and now Pete’s Dragon have stayed true to the original films while imbuing them with considerable craftsmanship, thematic depth, and heart.

While the story of Pete’s Dragon is fairly predictable from the start, it’s the care and attention to detail in how the story is told that makes it one of the year’s best films. The lush cinematography captures the wonder of the forest, the music stirs the soul, and both the screenplay and direction convey warmth, charm, and genuine emotion. Robert Redford, Bryce Dallas Howard, and Karl Urban deliver solid performances (with the latter giving a potentially one-note antagonist just enough humanity). The real selling point, however, is the chemistry between the child actors and the titular dragon, a beast brought convincingly to life with first-rate CGI and sound design. A must-see even if you don’t have kids, but especially if you do.

Pete’s Dragon is rated PG. There is no profanity, nudity, sex, or graphic violence. There are a few intense moments (SPOILERS): a dragon is captured and held captive by hunters, a child is orphaned in a car accident (tastefully filmed so that it’s sad but not terrifying, with the rolled car shown but not the parents’ bodies) then pursued by wolves and rescued by a dragon, and a dragon breathes fire to protect the child he loves (people are imperiled but not hurt). An engaged couple live together (they’re married by the end of the film).

Loving animals may behave ferociously, but they’re really acting to protect those they love. Treat animals and nature with respect (see “The Gospel and Animals,” Ensign, August 1972). Honest people deserve to be believed, even if their stories are hard to accept (see Joseph Smith- History 1:49-50). If you meet someone in need, do all that you can to help them (see Luke 10:25-37)

For another dazzling dragon tale, I recommend DragonHeart, with Dennis Quaid (and Sean Connery voicing the dragon).