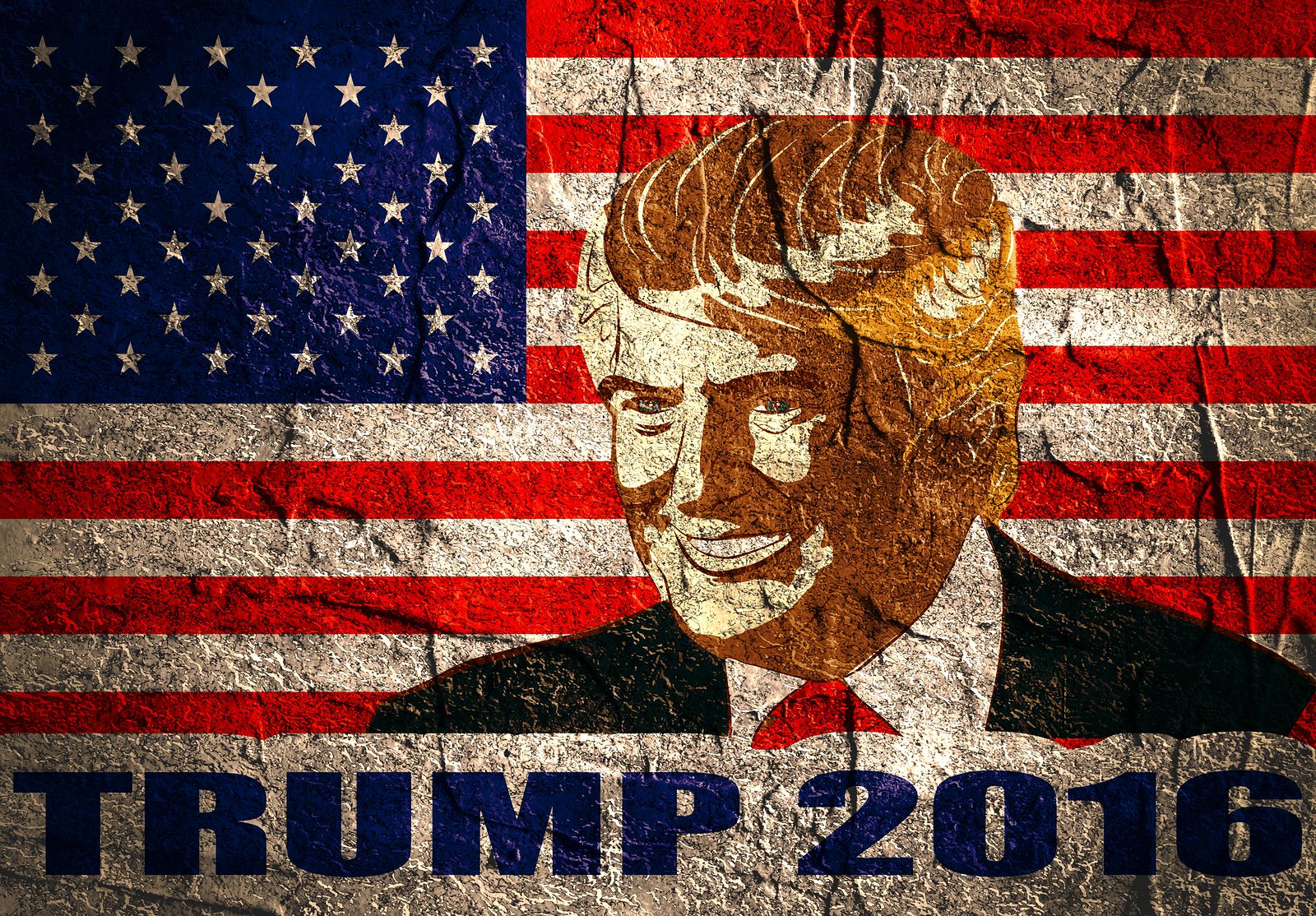 Opinion: The Deseret News Applied a Double Standard in Calling for Trump to Resign

The Deseret News has called on Trump to leave the race. Not only is that incredibly naive and a waste of journalistic space, but also hypocritical.

On one hand, we have a candidate who a majority of Americans agree with on most issues but find his language and some past actions repulsive – and they are justly repulsed by these words. He is obviously a political amateur and this should shout to everyone that before nominating a person for president they ought to have at least run for dog catcher so their ugly past can be vetted and either forgiven, ignored, or used as a test of character before they’ve gotten too far.

On the other hand, we have another candidate who is a proven pathological liar – just watch her video explaining her trip to Bosnia where she tells everyone she had to run and duck for cover from snipers – as contrasted to news footage showing she landed to the accolades of local Bosnians leaders and a little girl handing her flowers. No signs of danger anywhere.

The same candidate is raked over the coals in more than six books by former bodyguards and Secret Service personnel for her foul mouth and disgusting behavior. Add to that new leaks of emails where she stated she had to have “a private position and a public position” so she can tell everyone what they want to hear.

We need Harry Truman who stated, “Oh for a one-arm economist. I’m so tired of hearing ‘on the other hand!”

But why did the D-News single out one candidate over the other. If they’d suggested BOTH resign, great idea. Surely Trump’s constant gutter behavior is no worse than Hillary’s gutter behavior and “extreme carelessness” with government secrets.

But the blame for all this can be found in the old Pogo cartoon strip. “We have met the enemy and he is us.”

We can lay blame for all of this on the mentality that began in the 1960’s Hippie movement where “everything was cool” or “everything was beautiful in its own way” and “who’s to say what is right” “don’t be judgmental, man!” That has led us to where we are with the coarsening of the cultural so that lousy language is rampant on television “family time” and sexual innuendo has turned into sexual provocateurism.

Naked in bed, “doing it” but not showing overly obvious amounts of skin is available at 8 PM at night on network television if you’re not fast enough with the remote. Cable is simply rated R to X 24/7 just in case you stumbled on an innocent sounding show that can wait to try to shock you. No wonder people are unhooking the cable.

But, shock and shame are mutually gone. Shame was the first to go and when shame is gone, shock has to up the ante. As a public, nothing much shocks us because nothing much shames us.

We tried to kick out a president because of his rampant lies seemed like a sure thing – after all, we’d stuffed Tricky Dick Nixon into yesterday’s bad news bin when he got caught lying. But the 60’s mantra of anything goes won out and the public not only didn’t think impeaching the self-admitted liar-in-chief was a good idea, they re-elected him. “What’s the big deal?” came the hue and cry from the children of the ‘60s.

The media is complicit in all of this. They’re just folks like the rest of us and they love to meet with each other and buoy up their version of life. Then they smugly purport to give a truthful and complete version of events. Of course the New York Times comes out with an expose on the way Trump mistreats women which, in a few hours, is roundly denounced by the very women they quote in the article. Or they rehash the claim Trump’s first wife Ivana said he raped her, but they fail to point out that a year later she said she made that up to get back at him for his affair…and now she’s a huge supporter of his campaign.

When I point this out, people get shrill and wail that I’ve advocating Trump. I’m not. I think he and Hillary ought to step aside but don’t expect them to do so. There is no mechanism in place in either party for their VP selections to assume the presidential candidate mantel. Their respective committees would make the selection. Ugh.

Trump and Clinton are unequivocally the two worst candidates I’ve studied – worse than Tippecanoe and Tyler too. Nixon was the worst president and he was a crook as a candidate, but Clinton’s action today make Nixon look like a kindergartner with chocolate on his face and a fist full of the hidden birthday cake.

What about the pot-smoking Gary Johnson? Didn’t he promise to give up his daily marijuana habit if elected? If you buy that, you really are a child of the ‘60s.

What about Green Party’s Jill Stein? I know very little about her despite all I’ve read. She seems nice enough. Hasn’t been caught in the Clinton web of lies. Hasn’t used awful language that we know of. She’s Bernie Sanders nuts on the issues, but at this point I may be back to my first election where I voted for the naïve George McGovern over the known crook (he’d done a Watergate episode while running for governor of CA) Richard Nixon – better to have a fool than a crook.

How about Evan McMullin? If his only resume item is “I’m a Mormon” then that’s not enough. People around him say he’s a nice guy. Seems to have good habits. Seems to say circumspect things. Doesn’t seem to have an FBI problem. But…the word SEEMS is the operative word. He hasn’t run for office. We know very little about him.

My advice: at this point, hold your nose and vote. But vote. In that neither candidate has a personal resume or character to be proud of, stick to the issues. Vet the VPs and pray.  Let your honor be with your convictions on the issues and let that guide your vote.

Post Script: Please don’t buy into the Internet lie that supposedly Ezra Taft Benson said it was wrong to choose the lesser of two evils. That was a hoax about something someone said Elder Benson told them but the guy’s journal got swept away in the 1976 Teton Dam disaster. No record exists yet LDS folks will actually state that “President” Benson said it to end all conversations – the prophet spoke, the end.

I used to be excited about Evan or other third party candidates. But, unless you can get HUGE numbers of people to vote for the same third party candidate, then your vote is just being wasted. I get the idea that voting NOT for Trump or Hillary will make you feel like your conscience is clear, but if people are just throwing their votes away and the opposing candidate wins, will their conscience still be clear? Sorry to sound all doom and gloom...these are the same struggles we are all dealing with in this crazy presidential election. To further my thoughts: If conservatives vote for ANYONE other than Trump, then they are voting for Hillary. If liberals vote for ANYONE other than Hillary, then they are voting for Trump. What would happen would be the "Ross Perot effect".

D&C98:9-11 We have an obligation to seek after good and honest candidates. Our lack of effort has led to our current corrupt government and the abandonment of constitutional principals and cultural morality. No one has mentioned the Constitution Party candidates - these are good and honest men. My vote will never be wasted if I have done my homework and vote my conscience. I choose not to promote or propagate corruption.