News from Mount Ebal: An Ancient Hebraic Inscription on Metal, a Chiasmus, Possibly Dating to the 13th Century BC or Earlier | Meridian Magazine 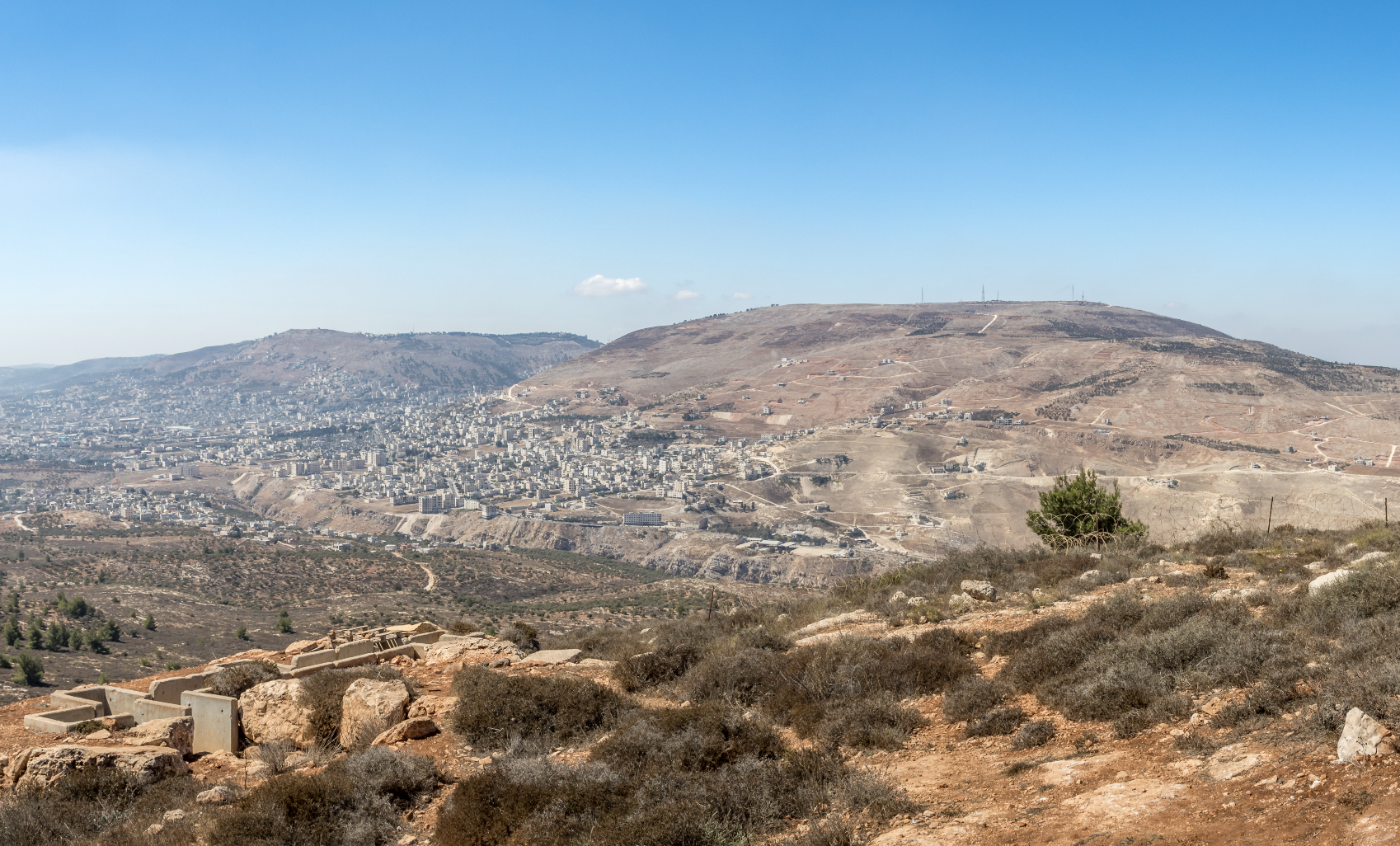 News from Mount Ebal: An Ancient Hebraic Inscription on Metal, a Chiasmus, Possibly Dating to the 13th Century BC or Earlier

An ancient Hebraic text dating to the 13th to 14th century BCE has been discovered by sifting through the detritus of an archaeological dig at Mount Ebal in Israel. The text, apparently “the oldest proto-Hebrew text ever found in Israel” per the Jerusalem Post, is inside a small amulet, a tablet of lead, and was revealed with painstaking high-tech scanning known as tomography (this involves computational analysis of numerous x-rays at various angles to create a 3D model of an object) that showed the writing inside. The finding may result in revision to theories about the origins of written Hebrew and the Hebrew Bible.

Latter-day Saints may be intrigued that metal was the medium for one of the most ancient Hebraic inscriptions. They may also be interested to learn that the inscription bears the divine name YWH (similar to YHWH) and was clearly in the form of a chiasmus, a classic form of Hebrew poetry that also appears to be characteristic of many passages in the Book of Mormon, another ancient text with connections to writing on metal. (Chiasmus is inverted parallelism in which a series or words or concepts are presented and then repeated in reverse order, such as ABCD followed by DCBA. Some resources on chiasmus are provided as an appendix below.)

HOUSTON — Today, the Associates for Biblical Research (ABR) announced the discovery of a formulaic curse recovered on a small, folded lead tablet. The defixio [formulaic curse] came to light in December 2019 when archaeologist Scott Stripling, Director of the Archaeological Studies Institute at The Bible Seminary in Katy, Texas, led an ABR team to wet sift the discarded material from Adam Zertal’s excavations (1982–1989) on Mt. Ebal.

The ancient Hebrew inscription consists of 40 letters and is centuries older than any known Hebrew inscription from ancient Israel. Stripling formed a collaboration with four scientists from the Academy of Sciences of the Czech Republic and two epigraphers (specialists in deciphering ancient texts): Pieter Gert van der Veen of Johannes Gutenberg-Universität Mainz and Gershon Galil of the University of Haifa. The scientists employed advanced tomographic scans to recover the hidden text. In collaboration with Stripling, Galil and van der Veen deciphered the proto-alphabetic inscription, which reads as follows:

You will die cursed.

Cursed you will surely die.

According to Stripling, “These types of amulets are well known in the Hellenistic and Roman periods, but Zertal’s excavated pottery dated to the Iron Age I and Late Bronze Age, so logically the tablet derived from one of these earlier periods. Even so, our discovery of a Late Bronze Age inscription stunned me.”

Almost immediately Galil recognized the formulaic literary structure of the inscription: “From the symmetry, I could tell that it was written as a chiastic parallelism.” Reading the concealed letters proved tedious, according to van der Veen, “but each day we recovered new letters and words written in a very ancient script.”

“Behold, I set before you this day a blessing and a curse… thou shalt set the blessing upon Mount Gerizim, and the curse upon Mount Ebal.” (Deuteronomy 11:26, 29)

Now an official curse has been found, engraved on a lead tablet that dates to the biblical age and had sat in the detritus of an excavation of Mt. Ebal for decades, the Associates for Biblical Research of Houston, Texas announced on Thursday.

If the dating of the tablet to the Late Bronze Age – the 14th to 13th century B.C.E. – is accurate, it is the earliest such tablet by a century or two. Inscribed in proto-alphabetic writing also known as Sinaitic script or proto-Canaanite script, which dates to the Late Bronze Age, the hex text is early Israelite, the team claims.

Consisting of 40 ancient proto-Sinaitic letters on a lead sheet that was subsequently folded, and could only to be read by tomographic scanning, the inscription reads:

The inscription does not leave much room for doubt that it was a curse. What it might mean for the interpretation of the finds at Mt. Ebal is another matter.

According to the biblical narrative, six tribes, Reuben, Gad, Asher, Zebulun, Dan, and Naftali were sent to the rocky, barren hill that is Mount Ebal, where the Lord commanded that an altar be built of unhewn stones, and attend to the cursing. The erection of the altar is attributed to Joshua, after his forces destroyed the city of Ai, sparing only the cattle, and hanged its king: “Then Joshua built an altar unto the Lord, the God of Israel, in mount Ebal” (Joshua 8:30).

The lead tablet containing the formulaic curse, or defixio, was discovered in December 2019, while wet-sifting discarded material from an earlier excavation of Mt. Ebal (today near Nablus in the West Bank)  by Adam Zertal from 1982 to 1986. Zertal believed he had found two altars at the site, one of which may have been the actual altar of Joshua.

A peer-reviewed publication based on this work is expected to follow later this year. There is the possibility of error in the dating and other aspects of the find, but at the moment this looks like a highly interesting find that may be of interest in studies of the Bible and perhaps even have relevance to studies of the Book of Mormon.

Many thanks to Noel B. Reynolds for kindly alerting me and others to this exciting news. I look forward to his thoughts and the thoughts of other scholars on the matter as they explore the details of this find and examine its implications.

I’ve discussed chiasmus on Mormanity many times, and I also offer a page on chiasmus and the Book of Mormon at JeffLindsay.com. Some excellent resources on the topic include: