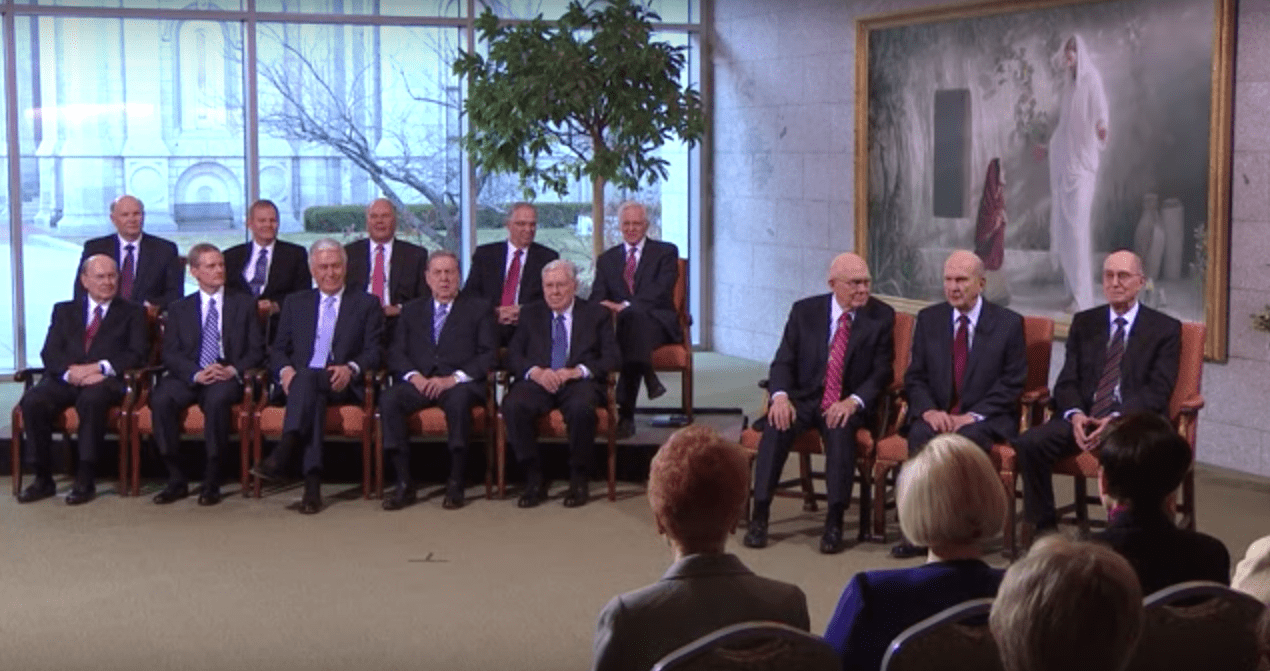 In an unprecedented live broadcast this morning at 9am MST from the Salt Lake Temple, it was announced that President Russell M. Nelson was set apart as the seventeenth prophet of The Church of Jesus Christ of Latter-day Saints. President Dallin H. Oaks and President Henry B. Eyring were named as his first and second counselors respectively.

In conducting the meeting, Elder D. Todd Christofferson said that the Quorum of the Twelve and the new First Presidency had chosen to speak first to the members of the Church of Jesus Christ of Latter-day Saints, departed from the past procedure of holding a press conference prior to a public announcement.

Elder Christofferson also explained the procedure of succession so that there could be no confusion about how this new Presidency was chosen. “Soon after the death of a President of the Church, members of the Quorum of the Twelve meet in the temple to consider reconstituting the First Presidency.”

“Throughout our history, the senior Apostle has always become the successor President of the Church. This system precludes any posturing or campaigning for position and provides continuity, seasoned maturity, experience, and extensive preparation for the one who becomes President.”

That man who has been prepared over his 34 years as an apostle is, as we know, the newly ordained President Russell M. Nelson. He addressed the membership of the Church in a warm introduction to this new mantle and the feelings he has in taking it upon himself:

“Words are inadequate to tell you what it felt like to have my brethren, brethren who hold all the Priesthood keys restored through Joseph Smith in this dispensation, place their hands upon my head to ordain and set me apart as President of the Church. It was a sacred and humbling experience.”

President Nelson also expressed gratitude for the willingness of his two chosen counselors to serve with him. As President Oaks would have been next in seniority and therefore taken the position of President of the Quorum of the Twelve, but is instead serving in the First Presidency, M. Russell Ballard has instead been set apart as the acting President of the Quorum.

Over the past couple of weeks, we’ve all been praying not only for President Monson’s family, but for the remaining leadership that they could be strengthening in their new positions. President Nelson quoted one such prayer from a four-year-old boy as related to him by the boy’s mother in a letter: “Thank you for our new prophet, help him to brave and not scared that he’s new. Help him to grow up to be healthy and strong. [the 93-year-old President Nelson laughed as he said that line] Help him to have power because he has the Priesthood and help us always to be nice.”

President Nelson said he has now served under five Presidents of the Church and described how he has watched them each receive and respond to revelation. “The Lord always has and always will instruct and inspire his prophets. The Lord is at the helm. We who have been ordained to bear witness of His holy name throughout the world, will continue to seek to know his will and follow it.”

“To each member of the Church I say, keep on the covenant path…As a new presidency we want to begin with the end in mind. For this reason we’re speaking to you today from a temple. The end for which each of us strives, is to be endowed with power in a house of the Lord.”

President Nelson concluded his remarks by saying of Heavenly Father and Jesus Christ, “I know them, love them and pledge to serve them and you with every remaining breath of my life.”

To watch the full broadcast including additional remarks given by President Oaks and President Eyring, see the video below: