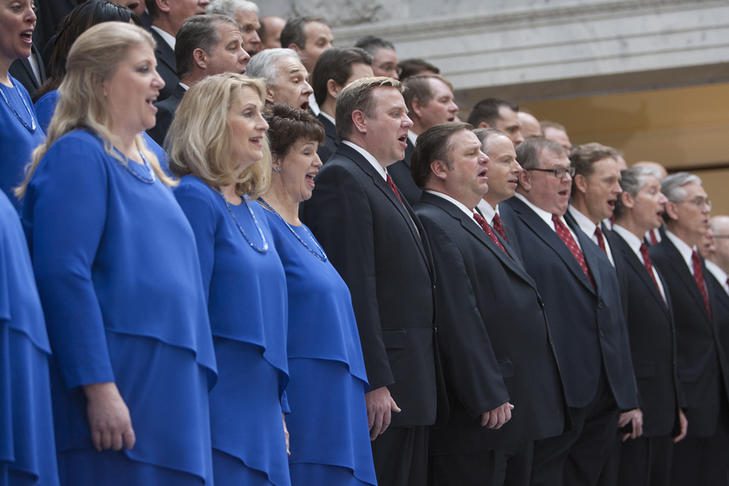 The Mormon Tabernacle Choir, dubbed “America’s Choir” by Ronald Reagan during his first inauguration, will sing at Donald Trump’s inauguration on Jan. 20, the president-elect’s team and the choir announced Thursday morning.

Trump’s polarizing campaign and history, however, left the LDS Church trying to balance strong reactions of pride in the choir’s participation in a meaningful act of American pageantry and patriotism with a backlash of anger that it might be seen as a statement of support for the controversial president-elect.

“Response to the announcement has been mixed, with people expressing both opposition and support,” church spokesman Eric Hawkins said in a statement. “The choir’s participation continues its long tradition of performing for U.S. presidents of both parties at inaugurations and in other settings, and is not an implied support of party affiliations or politics. It is a demonstration of our support for freedom, civility and the peaceful transition of power.”

The choir has been a regular at presidential inaugurations for more than half a century, performing at five for presidents of both parties. The invitation to participate in a sixth inauguration grew out of a visit to the Mormon Tabernacle on historic Temple Square in September by Donald Trump Jr.

Don Peay, founder of Trump for President Utah, said that during the visit to Temple Square, Trump Jr. was intrigued by the Mormon Tabernacle, which was constructed without nails, and said, “My dad would love to spend 10 hours here in the Tabernacle on Temple Square figuring out how they built this, because we’re builders.”

There will always be people opposed to anything, some even against the wearing of seat belts. But what matters most is that the Tabernacle Choir's performance will be linked to the inaugural of a new presidency of the United States -- not whether one thinks the "anointed one" is the right person for the job or not. It's all about symbols, not individuals, and the Church stands to benefit from that in terms if good image among the American public.