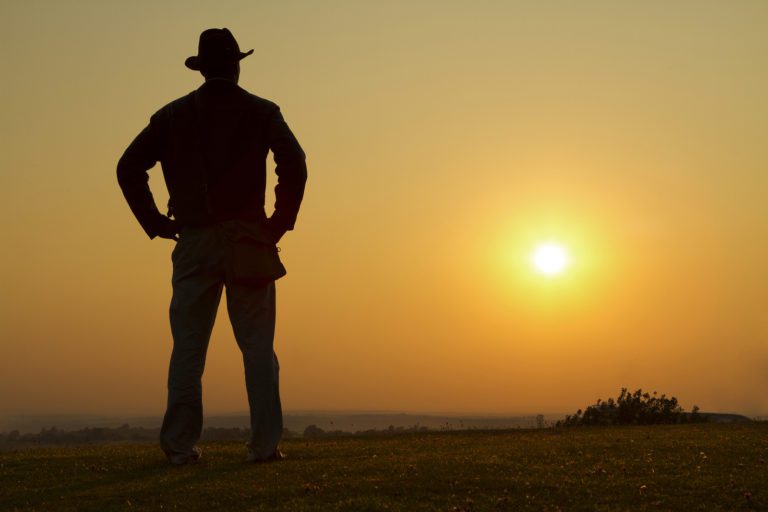 Missionary Moment: A Run-in With a Mexican Cowboy

My companion and I were on our way to an appointment the day that we met Victor de la Cruz on my mission in Guadalajara Mexico several months ago. It was evening and was just getting dark. My companion and I felt prompted to take a short cut through a large field that we sometimes crossed in order to avoid the long walk around the ranch to get into town.

As we crossed the pasture there were lots of cows and we then noticed a cowboy sitting on his horse. We saw him in the distance but he quickly galloped over to us when he saw us. He jumped off his horse and sternly asked us, “What are you doing here?” He told us that he was the guardian of the cows.

Not knowing what he was going to do or say to us, we answered truthfully that we were just passing through the pasture as a shortcut to attend a church meeting we had scheduled.  He then softened and went on to kindly warn us that this area was dangerous at night.  Victor told us that just a couple of nights ago, he noticed someone hiding in the nearby bushes to probably attack anyone taking the shortcut path where we were walking.

He had asked us what we do. We explained that we were missionaries and representatives of Jesus Christ and that we share a gospel message that would bless his life if he would listen.  Victor then asked us a very interesting question. He told us that just two weeks earlier, his beloved mother had passed away. He sweetly asked us, “Where is my mom now?”  He then shared with us the story of how she died. He had many doubts in mind about where she had gone and if there was any hope of being reunited with her.

He asked us if he would ever see his mother again.  How would she be? Where would he see her again? What would she be doing? My companion and I took this opportunity to explain to Victor the plan of salvation and the great blessings that await the righteous.  We told him what great and important things Father in Heaven has in store for him.  We briefly shared how the restored gospel of Jesus Christ opens the door for our eternal salvation. He was very comforted by our brief messages of peace and love and invited us to return.

The next week, my companion and I taught Victor about the restored gospel and the plan of salvation in more detail.  We were able to be instruments in God’s hands and a blessing in the life of Victor. We saw a new light come into his countenance.  He was filled with unspeakable joy. He soon accepted the gospel and was baptized shortly afterwards.

That was a beautiful story and for all involved a real blessing. Thank you