Mapping the March of the Mormon Battalion | Meridian Magazine 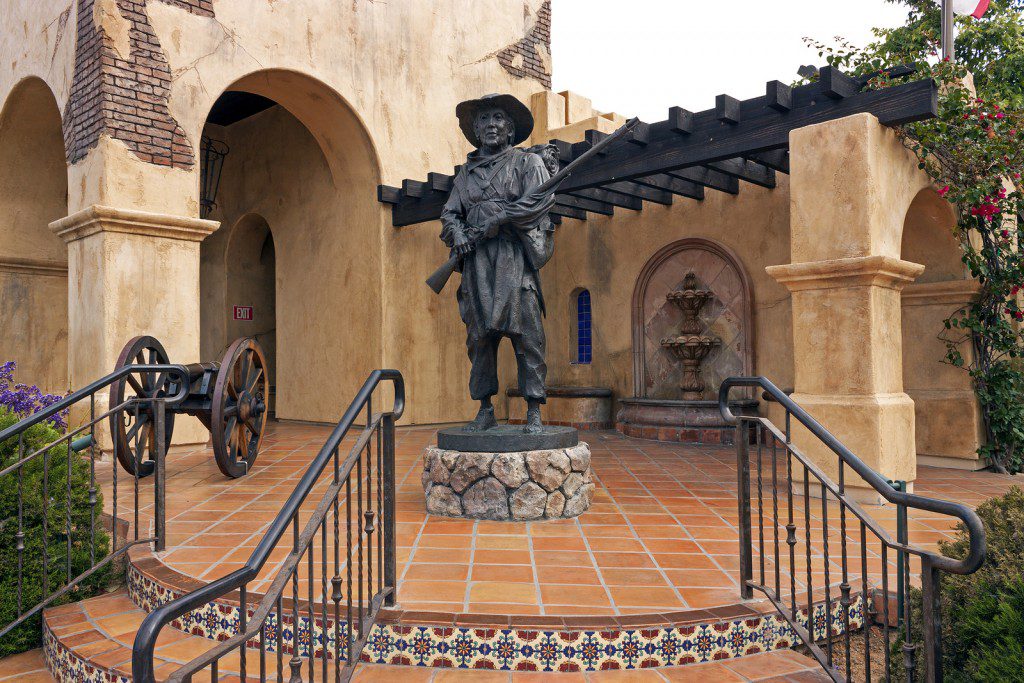 Mapping the March of the Mormon Battalion

When I was in San Diego two years ago (it was my first time), I made a point to go to the San Diego Mormon Battalion Historic Site. I am certainly not the family history consultant extraordinaire for the family, but I did recall that I had an ancestor who was a member of the Mormon Battalion. That simple visit had at least three pretty profound results: a deeper appreciation for the Battalion, a greater love for my fourth-great-grandfather Richard Sessions, and the creation of two maps to honor the Battalion and educate those who would like to learn more.

The idea for the map began when I got to talking to one of the historic site’s senior missionaries. I told him I was a cartographer by trade and I would love to make a map about the Battalion, especially one that the visitors’ center might be able to use. From that conversation, he sent me some materials to begin my research and my mapping project commenced.

Perhaps you already know the story of the Mormon Battalion: pioneers were struggling across Iowa in 1846 after fleeing Nauvoo and then the US Army enlisted 500 men to respond to the Mexican–American War. Brigham Young saw the request as an answer to the Saints’ needs and guaranteed those who enlisted that if they were faithful, no lives would be lost to hostile action[1]. Their year-long enlistment included a $42 clothing ration. That’s more than $1,100 in today’s money (sounds generous to me)! That money, in addition to experience, arms, and supplies received, were an important part of helping the Saints in their trek to the Salt Lake Valley.

July 20 is the 170th anniversary of the Battalion’s departure from Council Bluffs, Iowa. More than 6 months and 2,000 miles later complete with the heat, battling malaria-infested mosquitoes, sand, and stampeding longhorn cattle with little water, ragged clothes, and an inaccurate 30-year-old rifle, they reached the Pacific Ocean. They completed what remains as one of the longest infantry marches in US military history. They are honored in San Diego history for their contributions in building up the town. Some members were among the first few to later find gold at Sutter’s Mill.

I wanted to capture the history of this remarkable trek in a map different than what I could find in current internet searches. I wanted a map that would help others get to know and appreciate who those soldiers were, what they did, and how hard it was. So the map needed to be clean, clear, and inviting to look at. In the process of creating that map, I prayed that it would be something that would honor the Battalion and their sacrifices. I truly hope that is the result for you.

You may have wondered by now, “How do you know where the Battalion marched? Why does your red line go where it does?” Well, scholars have done most of that heavy lifting already. Thankfully, I don’t have to pore over every journal and drive backroads with a GPS to collect the data. One of the best sources I found was an Ensign article from 1979 by a history professor. It had very detailed maps to use as a basis for my map. My job, then, as the cartographer, is to take that data and tell a compelling visual story using color, type, and other visual elements.

For example, including a color terrain depiction as part of the map really helped me feel the heat and rugged terrain over which they marched. (I hope it helps you feel that, too!) Even before that, the first thing you probably notice on the map is the bold red line of their march, emphasizing the great distance. It invites you to stop with them along the way and gather details through the narratives. Within that text, I found it interesting that several dates and figures from my initial draft were changed by my missionary friend in San Diego. Those initial dates and figures had been sourced from official Church publications (Ensign articles, institute manuals, etc.), but apparently the Church history department has revised their sources and dates and figures. So if my dates and numbers are a little different from something else you’ve seen, that’s why.

I am so grateful this mapping process helped me learn more about the Battalion in general and my ancestor, Richard Sessions, in particular. Already a military veteran when he enlisted in the Battalion and a Church member less than 3 years, he left behind his wife, mother, two sisters, and most of his children (two sons joined him). His youngest child was just 6 months old. After his discharge, he traveled to Salt Lake (another 1,000 miles), arriving only a few months after the first Saints arrived. The field of grain he planted there before going back to Winter Quarters (another 1,000 miles) was eaten by crickets.

He was finally reunited with his wife and family a year and a half after he left. Together, they made the 1,000-mile journey to the Salt Lake Valley in 1850. So for Richard, what could have been a 3-month, 1,000-mile journey to Salt Lake took 5,000 miles and more than 3 years. Brigham Young said, “The Mormon Battalion will be held in honorable remembrance to the latest generation; and I will prophesy that the children of those who have been in the army, in defense of their country, will grow up and bless their fathers for what they did at that time.”[2] For me, the process of making this map has been a fulfillment of Brigham Young’s prophecy.

Though the map I created was not used by the historic site, it stands for me as a way to honor and bless Richard and all his Battalion companions. After the page-size map was completed, I made a bookmark version. It’s been neat to use the bookmark to share the story of the Battalion with others. It is my hope that my maps will also help you gain even a little more understanding and appreciation for this portion of our Church history.

David Glassett creates his maps through Peaceful Valley Maps (www.pvmaps.com). If you would like a copy of the bookmark version, please email him at [email protected]

We, too, have the same ancestor as A Muhlestein. Ezra Heela Allen not only joined the Battalion to San Diego area, but went to Coloma to help with Sutter's Mill. As was stated, he and others did remain until the contract was completed. Going on to Salt Lake, Ezra and two others were scouting the trail, when all 3 were killed. The Pouch of Gold story is true and I've seen, in person, the gold ring his wife wore. True faithful saints - they went though so much for us. We are thankful to them all - related or not - for their examples and faith.

Some years ago I was involved in the development of a shopping center in Pollock Pines, California, a small community on Highway 50 east of Sacramento. Because the Pony Express Trail ran right through the property, we were required as a condition of development of the property to work with the El Dorado County historian to make sure that any historically significant artifacts were properly preserved. During my dealings with the county historian, I had the opportunity to discuss with him the discovery of gold at Sutter’s Mill in nearby Coloma, California. During these discussions I learned that among the workers that constructed Sutter’s Mill were a number of veterans of the Mormon Battalion. What most impressed the county historian about the Mormon workers was that after the discovery of gold, when thousands were flooding into California to seek their fortunes, a number these faithful brethren finished their contract with John Sutter and then continued their journey back to Utah to rejoin their wives and children, giving up what many would have considered the chance of a lifetime. I am proud to be related to one of the soldiers of the Mormon Battalion.