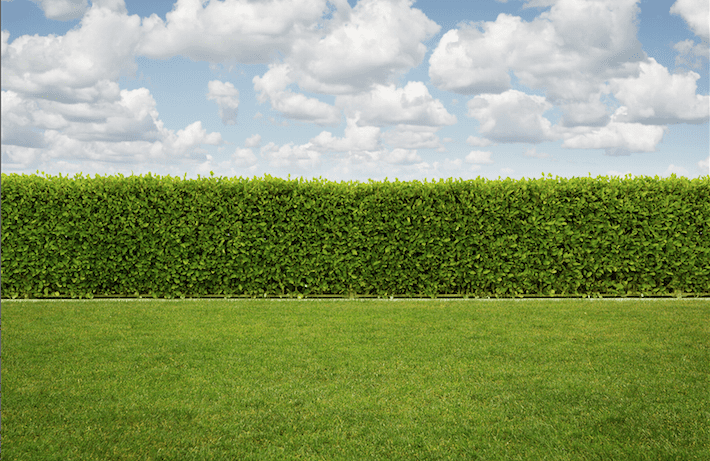 Maintaining Your Hedge of Spiritual Safety

Once or twice a year I forget to take my heart medicine. The oversight is never intentional, and I repent as soon as I remember, but I can hardly tell the difference. 50mg of Atenolol out of a yearly total 91,250mg would hardly be noticeable. But I am quite sure that if I decided that the medicine did not matter much and became indifferent about taking it, the result would become serious. I might become accustomed to feeling less well than I usually do, and decide that is how I am supposed to feel, and conclude that the remedy isn’t doing anything for me anyway.

We do our spiritual self-diagnosis in the same way. We give up on a day or two, or a week or two of scripture study, or an hour or two of prayers a month, and if we were perceptive enough, we’d know that we are less happy than we used to be, But we hardly ever make the connection between the spiritual medicine and the cure for an increasing unhappiness. We skip our tithing or we miss church or we neglect Family Home Evening once or twice and the sky doesn’t fall and nobody dies and so what’s the big deal anyway?

Maybe that is what my step-father used to say when his big toe was sore. After all, the toe is about as far from the center of things as you can get. The heart and brain are separated from sore toes by miles of nerves and veins and arteries and capillaries, and billions of cellular walls. A little discomfort over something so small and far away cannot matter much . . . except that it does. The pain came from cancer. And cancer spreads. It hardly ever stays localized in the big toe.

Terrible spiritual diseases can be prevented or cured with the proper application of God’s remedies. But that application must be “continuous.” We must take our medicine as it has been prescribed. We have to be seven-dip Saints. The seventh dip in the Jordan River did not cure Naaman of his leprosy, he was cured by immersing himself seven times (see 2nd Kings 5). If he had skipped the first or the third or the seventh, he would have left the river with leprosy intact.

I have observed a lot of six-dip Saints in this Church who cannot understand what has happened to their testimonies and their happiness and their desires for righteousness. They cannot understand why their fingers keep falling off from spiritual leprosy. The reason is that they get out of the river too soon. They ought to be like the river of Lemuel, “continually running into the fountain of all righteousness” (1 Nephi 2:9).

In the home where I grew up in Logan, we had low, thick hedges growing on both sides of our yards. Dad pruned them regularly. When I wanted to go the Goldings or the Henries, I had to go around. I could not get thorough or over them.

We need to recognize that spiritual medicine is like those hedges. In Job 1 and Isaiah 5—hedges are mentioned as protective insulation surrounding an individual or a nation, and protecting them from the invasion of deadly diseases that can cause spiritual death.

God used Job as evidence of the success of the great plan of happiness (see Alma 42:8).

“And the LORD said unto Satan, Hast thou considered my servant Job, that there is none like him in the earth, a perfect and an upright man, one that feareth God, and escheweth evil?” (Job 1:8).

Satan had observed Job of course, but he believed that Job’s righteousness was not a result of obedience but of divine protection and blessings. He pointed out the hedge around Job:

“Then Satan answered the LORD, and said, Doth Job fear God for nought? Hast not thou made an hedge about him, and about his house, and about all that he hath on every side? thou hast blessed the work of his hands, and his substance is increased in the land” (Job 1:9-10).

What Lucifer did not understand was that the roots of that hedge were nourished in the soil of Job’s obedience, and that Job’s unwillingness to revise his righteousness for any reason made the hedge a reliable wall against Satanic invasion.

Isaiah 5 implies that the Lord took down the hedge around Israel, but the fact is that the hedge was already diseased and dying from the iniquity of the covenant people. The Lord refused to reinforce their unrighteous lifestyle because they refused to keep the commandments.

“What could have been done more to my vineyard, that I have not done in it? Wherefore, when I looked that it should bring forth grapes, brought it forth wild grapes? And now go to; I will tell you what I will do to my vineyard: I will take away the hedge thereof, and it shall be eaten up; and break down the wall thereof, and it shall be trodden down: And I will lay it waste: it shall not be pruned, nor digged; but there shall come up briers and thorns: I will also command the clouds that they rain no rain upon it. For the vineyard of the LORD of hosts is the house of Israel, and the men of Judah his pleasant plant . . .” (Isaiah 5:4-7)

I have heard people complain about the briars and thorns of their lives. When the hedge comes down, such invasions are inevitable. Job had his briars and thorns too, when God, determined to allow Job to demonstrate his devotion to the solemnities of eternity, removed the protective insulation of that hedge. In a careful reading of the book of Job, I find at least ten calamities that tested him. But he did not complain. He just kept taking his medicine and nourishing the plants.

Samson had slipped so far in his spirituality that when the Spirit finally abandoned him and his hedge came down, he was unaware of it. Delilah had just cut his hair while he was sleeping and then cried out to him that the Philistines were attacking!

“And he awoke out of his sleep, and said, I will go out as at other times before, and shake myself. And he wist [understood] not that the LORD was departed from him” (Judges 16:20).

The protection of his divinely directed strength was gone. Job, on the other hand clung to his covenants and could not be made to depart from them.

“As God liveth, who hath taken away my judgment; and the Almighty, who hath vexed my soul; All the while my breath is in me, and the spirit of God is in my nostrils; My lips shall not speak wickedness, nor my tongue utter deceit. God forbid that I should justify you: till I die I will not remove mine integrity from me. My righteousness I hold fast, and will not let it go: my heart shall not reproach me so long as I live” (Job 27:2-6).

By the end of the book of Job, the hedge was back in place.

There is no substitute for my daily dose of heart medicine. I might miss it a time or two without fatal consequences, but I cannot abandon it. Likewise, if I allow the hedge of my righteousness—the hedge of prayer, scripture study, temple attendance, sacramental covenants, and a multitude of other activities—to wither and die, or even if I allow one or two of the individual plants to perish, I open a gate into my heart and my eternal enemy will enter at once with his suitcase of sorrows and misery.

The Lord’s warning to Cain is significant: “If thou doest well, thou shalt be accepted. And if thou doest not well, sin lieth at the door, and Satan desireth to have thee” (Moses 5:23).

We must attend to that hedge of safety that grows in the fertile soil of our obedience. As we nourish the individual plants by our faithfulness (as we serve and study and pray and ponder and repent), those will grow together and form an impenetrable hedge against all the fiery darts of the adversary.

Thank you once again, Brother Gibbons, for providing your readers such beautiful 'food for thought'. I will be thinking about this article all day-and probably longer as I reflect how I have done with my own spiritual hedge. Thanks.