Lesson 37: Jesus Christ: “The Author and Finisher of Our Faith” « Meridian Magazine 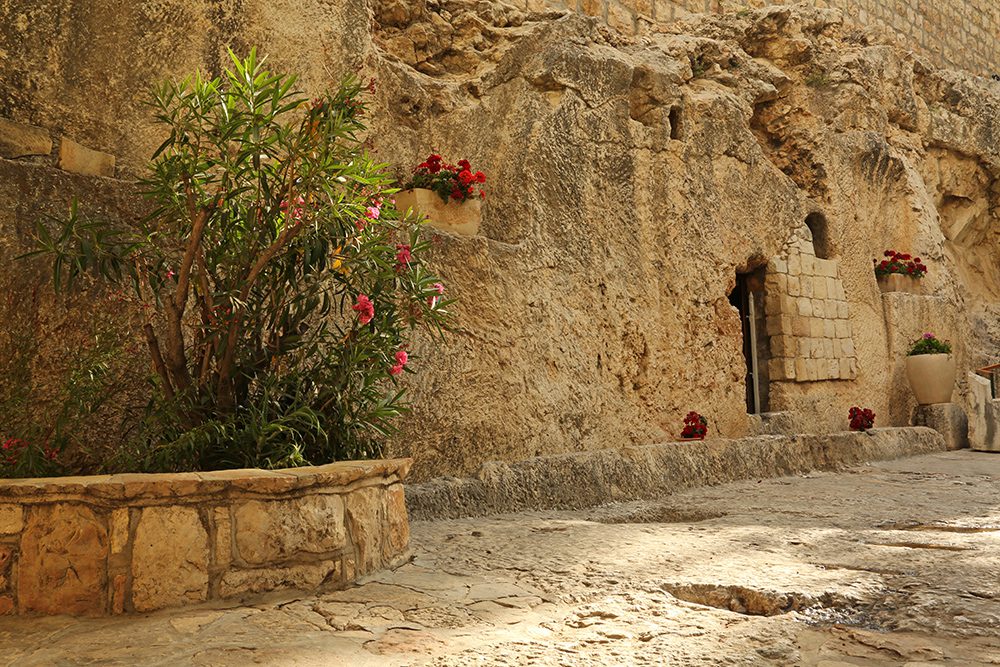 Lesson 37: Jesus Christ: “The Author and Finisher of Our Faith”

Paul’s epistle to the Hebrews “was written to Jewish members of the Church to persuade them that significant aspects of the Law of Moses, as a forerunner, had been fulfilled in Christ, and that the higher gospel law of Christ had replaced it. When Paul returned to Jerusalem at the end of his third mission (about A.D. 60), he found that many thousands of Jewish members of the Church were still ‘zealous of the law’ of Moses (Acts 21:20). This was at least ten years after the conference at Jerusalem had determined that certain ordinances of the Law of Moses were not necessary for the salvation of gentile Christians, but had not settled the matter for Jewish Christians. It appears that soon thereafter, Paul wrote the epistle to the Hebrews to show them by their own scripture and by sound reason why they should no longer practice the law of Moses.”(1)

The epistle to the Hebrews is Christ centered. In it are some of the most powerful doctrines of the New Testament in clarion form. Herein we read about the relationship of the Father and the Son, the Melchizedek priesthood, the principle of faith, and the source of authority.

Jesus Christ in the Express Image of the Father

In the first chapter of Hebrews, Paul brings his listeners to a true knowledge of Jesus Christ, “whom he hath appointed heir of all things, by whom also he made the worlds; who being the brightness of his glory, and the express image of his person, and upholding all things by the word of his power…” (Hebrews 1:2, 3)

Elder Bruce R. McConkie wrote of Paul’s words in this first chapter of Hebrews: “Seldom, in words as few, and with logic as persuasive, does Holy Writ set forth so clearly the nature and kind of Being that God is. As all the meridian saints knew, the Lord rose from the dead with a body of flesh and bones. ‘Handle me, and see,’ he said to his affrighted disciples after his resurrection, ‘for a spirit hath not flesh and bones, as ye see me have.’ (Luke 24:39) To show the material nature of his resurrected body, he ate and drank with them, as a resurrected Man, and they felt the nail marks in his hands and feet and thrust their hands into his wounded side. (Luke 24:36-43; John 20:24-29; Acts 10:39-41).

A careful perusal of the recorded accounts of Joseph Smith’s First Vision reveals the same doctrine. The 1835 account states: “I called on the Lord in mighty prayer. A pillar of fire appeared above my head; which presently rested down upon me, and filled me with unspeakable joy. A personage appeared in the midst of this pillar of flame, which was spread all around and yet nothing consumed. Another personage soon appeared like unto the first…”(3)

The more familiar 1838 account, which was canonized into the Pearl of Great Price, reads: “When the light rested upon me I saw two personages (whose brightness and glory defy all description) standing above me in the air. One of them spake unto me calling me by name and said (pointing to the other) ‘This is my beloved Son, Hear him.'”(4)

The John Wentworth letter, written in 1842, is especially noteworthy: “I was enwrapped in a heavenly vision and saw two glorious personages who exactly resembled each other in features, and likeness, surrounded with a brilliant light which eclipsed the sun at noon-day.”(5)

The Orson Pratt account, published in 1840, the first known publication of the First Vision, is also clear about the images of the Father and the Son: “[Joseph] was enwrapped in a heavenly vision, and saw two glorious personages, who exactly resembled each other in their features or likeness.”(6) Orson Hyde’s account, published in Germany in 1842, documents the same.

From these accounts we learn, as Paul taught, that Jesus was like Heavenly Father in every way, “who being the brightness of his glory, and the express image of his person…” (Hebrews 1:3) It reminds us of the Savior’s simple discourse to the apostles Thomas and Philip: “Jesus saith…I am the way, the truth, and the life: no man cometh unto the Father, but by me. If ye had known me, ye should have known my Father also: and from henceforth ye know him, and have seen him. Philip saith unto him, Lord, shew us the Father, and it sufficeth us. Jesus saith unto him, Have I been so long with you, and yet hast thou not known me, Philip? He that hath seen me hath seen the Father; and how sayest thou then, Shew us the Father? Believest thou not that I am in the Father, and the Father in me? The words that I speak unto you I speak not of myself: but the Father that dwelleth in me, he doeth the works.” (John 14:6-10)

As we come to know the Son of God, as we follow His teachings, as we draw nearer unto Him, as we live the life that He lived, we will and do come to know our Heavenly Father. Jesus Christ came forth to show us the perfect way back to the presence of God. Through Christ, and through Him alone will we come to the Father. “And this is life eternal, that they might know thee the only true God, and Jesus Christ, whom thou hast sent.” (John 17:3)

In no place in the Holy Bible is the teaching so clear concerning the Melchizedek priesthood as in the epistle of Paul to the Hebrews. It nearly reads like a handbook for the ancient priesthood and is worthy of our careful reading. (See Hebrews 5; 6:20; 7)

The word Melchizedek, in Hebrew, means ‘king of righteousness’ or ‘my King is righteousness.’ The purpose of the priesthood is to make kings of righteousness of mortal men. Note that the Prophet Joseph was directed by the Spirit to clarify the first few verses of chapter 7 of Hebrews to make sure that the reader would know that it was the holy priesthood that is “without father, without mother, without descent, having neither beginning of days, nor end of life,” not the man Melchizedek. (See JST Heb. 7:3 in the Appendix)

It is through the Melchizedek priesthood that we obtain exaltation. Worthy brethren receive the priesthood by an oath and covenant (see Hebrews 7: 20-22; D&C 84:33-48). In the pattern of the Son of God, each must follow: “Though he were a Son, yet learned he obedience by the things which he suffered; and being made perfect, he became the author of eternal salvation unto all them that obey him; called of God an high priest after the order of Melchisedec” (Hebrews 5:8-10).

One Final Note on Faith

Chapter eleven of Hebrews is a great correlate to Ether chapter twelve in the Book of Mormon. Paul tries to strengthen the faith of his readers by causing them to remember the great faith exercised by at least seventeen great figures of the past such as Abraham, Isaac, Enoch, Sarah, Moses, Barak, and David. He summarized their great lives: “Who through faith subdued kingdoms, wrought righteousness, obtained promises, stopped the mouths of lions, quenched the violence of fire, escaped the edge of the sword, out of weakness were made strong, waxed valiant in fight, turned to flight the armies of aliens.” (Hebrews 11:33-34; see also JST Genesis 14:25-40 in Appendix)

Moroni uses this same method of teaching in chapter twelve of Ether. “And now, I, Moroni, would speak somewhat concerning these things; I would show unto the world that faith is things which are hoped for and not seen; wherefore, dispute not because ye see not, for ye receive no witness until after the trial of your faith.” (Ether 12:6) Moroni refers to the holders of the holy priesthood, and their faith: “Behold it was by faith that they of old were called after the order of God.” (Ether 12:10) Moroni also refers to more than a dozen stories of faith with which all of his readers should be familiar.

Both Paul and Moroni use this approach: a call to remember the faith of our fathers. Our prophets today use this same method. They are constantly reminding us to remember.