Lesson 15: "I Am the Light of the World" | Meridian Magazine 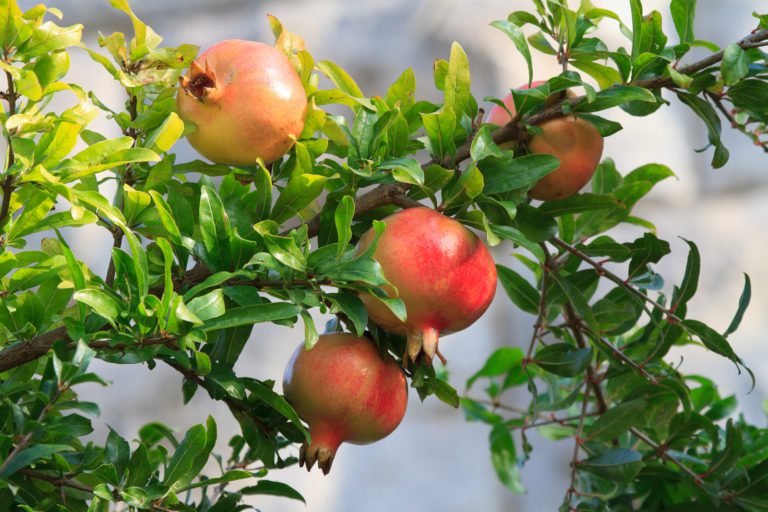 When the Jews observed the new year, which for them falls in the autumn, they were required by the law of Moses to come to Jerusalem and dwell in small huts or tabernacles made of wood for seven days.  This “feast of tabernacles” is intended to remind the Jews of their forty years living in tents while wandering in the wilderness. During these seven days, 70 bullocks were sacrificed to represent the redemption of the 70 nations of the earth (see Genesis 10, where the 70 nations are enumerated).

As John chapter 7 opens, the feast of tabernacles is about to begin. Jesus has sought refuge in Galilee from the Jews of Jerusalem “who sought to kill him.”  Certain of his brothers, who apparently did not believe in him or the works he had done, taunted him. “If thou do these things, shew thyself to the world,” they said, urging him to go to Jerusalem for the feast and to demonstrate his power for the crowds of pilgrims.

Jesus responded, “My time is not yet come.” He waited to go to the feast, and when he did go up, it was “not openly, but as it were in secret.”  He arrived in Jerusalem “about the midst of the feast,” or about the third or fourth day of the seven-day celebration.

This account puts us in mind of the unfolding of the Lord’s entire mission.  The Jews’ feast of tabernacles symbolized their forty years in the desert; as such, it also symbolizes our sojourn on earth in this telestial realm, watching and hoping for the day of the Savior and our deliverance into the promised land of his kingdom. For this reason, the “great” or last day of the feast was eagerly anticipated and celebrated with rejoicing and illuminations of the temple. This day represented for the Jews the Messianic day, the prophesied return of the house of David to the throne of Israel in power and glory.

What they didn’t anticipate was the coming of the Messiah in the meridian of time–in the midst of the solemn commemoration of their wandering in the wilderness.  He arrived “as it were in secret,” and came suddenly to the temple. The great Jehovah himself went unrecognized in his own holy house during this sacred feast, for in that day, as in ours, there was confusion about who he was. The crowds in Jerusalem had heard of him and speculated among themselves about the nature of his work and mission. “There was much murmuring among the people concerning him: for some said, He is a good man: others said, Nay; but he deceiveth the people.”  The same diversity of opinion exists today; it could be said that the principal challenge facing our own time is the same as that faced in those days: who is Jesus Christ?

The world we live in debates this question just as fiercely as did the world he lived in. How can we tell if there is a Christ, and if Jesus is that promised Savior? Today millions affirm that he is the Christ, others think of him as a “good man” but nothing more; and others deny him. To all, he gave a simple and logical answer in John 7:16-17: “My doctrine is not mine, but his that sent me. If any man will do his will, he shall know of the doctrine, whether it be of God, or whether I speak of myself.” The same answer he gave to the Jews of his time applies to us today.

Now there was a class of men in Jerusalem who were beyond confusion. They knew he was the Christ but opposed him nonetheless. The ruling elite, Pharisees and chief priests, saw in him a menace to their standing and an offense to their pride. To these men Jesus was direct: “Why go ye about to kill me?” When they dissembled and denied conspiring to kill him, he responded frankly: “Ye both know me, and ye know whence I am: and I am not come of myself, but he that sent me is true, whom ye know not.” Wherever Jesus went, these hypocrites dogged his steps, constantly mocking him and seeking to entrap him. This is always the case with true prophets; as Joseph Smith taught, “If a man stands and opposes the world of sin, he may expect to have all wicked and corrupt spirits arrayed against him.”[i] This pattern of persecution continues today.

For the remainder of the feast, Jesus taught in the temple while the rulers conspired to take him. Then, on the “last day, that great day of the feast,” came one of the chief ceremonies of the feast of the tabernacles.

A priest would bring from the pool of Siloam a golden pitcher filled with water to pour over the altar of the temple just as the sacrifice was laid on it. At the same time, the priests chanted the hosannas from Psalm 118, “praying that God would now from the ‘the highest’ heavens manifest and send that salvation in connection with the Son of David, which was symbolised by the pouring out of water.”[ii]

Then Jesus stood in the temple and cried, “If any man thirst, let him come unto me, and drink. He that believeth on me, as the scripture hath said, out of his belly shall flow rivers of living water.” In this dramatic moment the ancient prophecies of the water of life were fulfilled. Isaiah had spoken of this promise: “Ho, every one that thirsteth, come ye to the waters . . . Incline your ear, and come unto me; hear, and your soul shall live; and I will make an everlasting covenant with you, even the sure mercies of David.”[iii]  So had Zechariah, who had foreseen a day when “living waters shall go out from Jerusalem . . . and the Lord shall be king over all the earth.”[iv]

John explains the Lord’s symbolic utterance: “But this spake he of the Spirit, which they that believe on him should receive.” Today, many of the temples are graced by fountains in token of the spirit of the Lord which flows from his presence. I often walk past the Bountiful Temple near my home, and I love to watch the bubbling of the lovely fountain on the east porch and its reflections at night on the granite walls. To me, the water signifies the life-giving power of the Holy Ghost in our lives.

Many of the worshipers in the temple immediately understood the meaning of the Lord’s cry. “When they heard this saying, they said, Of a truth, this is the Prophet,” in reference to the prediction of Moses: “The Lord thy God will raise up unto thee a Prophet from the midst of thee.”[v] Others said, “This is the Christ.” Some recognized him, while others disputed: “Shall Christ come out of Galilee?”

“So there was a division among the people because of him.”  Because of the pride and arrogance of the leading men, the people were continually denied the opportunity to hear him.  Instead of spending the days of the sacred festival hearing the word of the Lord from his own mouth and in his own house, the rulers badgered him constantly with these objections, which we still hear today.

When allowed to turn again to those Jews who believed on him, he explained: “Whosoever committeth sin is the servant of sin. And the servant abideth not in the house for ever: but the Son abideth ever. If the Son therefore shall make you free, ye shall be free indeed.”  The hopeful doctrine of redemption was finally taught in the temple that day despite the constant gibes of the elite.

At one point the scribes and Pharisees brought to him a woman “taken in adultery” and goaded him with the question: Moses in the law commanded us, that such should be stoned: but what sayest thou? This they said, tempting him, that they might have to accuse him.” Jesus thought for a moment and replied, “He that is without sin among you, let him first cast a stone at her.” In this way, he upheld the law of Moses by assenting to its enforcement, but also upheld a higher law of mercy. By this singular act he taught the whole meaning of the Gospel: there is a law that must be answered, but the Atoner has come to fulfill the requirements of law and to show mercy. Paradoxically, he was the only one in that group who indeed waswithout sin–but he cast no stones. Instead, he sent the sinner on her way repentant and with the light of hope in her eyes.  “And the woman glorified God from that hour, and believed on his name,” wrote the Prophet Joseph in his inspired translation.

It was at this point that the Lord said to his hearers, “I am the light of the world: he that followeth me shall not walk in darkness, but shall have the light of life.”  These words, Alfred Edersheim observes, “in all probability . . . point to another very peculiar ceremony which took place at the Feast of Tabernacles.”

The grand climax of the feast of tabernacles was the nightly ceremony of lighting the temple in remembrance of the dedication of Solomon’s temple, which took place during the feast.  At that dedication, the glory of the Lord had filled the Lord’s house, a great light called the shekinah, which then abode in the Holy of Holies. The lighting of lamps throughout the temple and the city recalled that glorious time. Four golden candelabras in the outer court were lit from enormous bowls of oil.  From there, the people spread through the city, lighting torches and dancing with joy. “This illumination of the Temple was regarded as forming part of, and having the same symbolical meaning as, ‘the pouring out of water.’ The light shining out of the Temple into the darkness around, and lighting up every court in Jerusalem, must have been intended as a symbol not only of the Shekinah which once filled the Temple, but of that ‘great light’ which the ‘people that walked in darkness were to see.'”[1]

Latter-day Saints know that Jesus Christ is “in all and through all things, the light of truth; which truth shineth. This is the light of Christ . . . the light which shineth, which giveth you light . . . through him who enlighteneth your eyes, which is the same light that quickeneth your understandings.”[2] The lesson of John 7-8 is to open our eyes to that light and not to be like those who will not see and will not hear.

[i] Teachings of the Prophet Joseph Smith, 259

[vii] Another blistering irony: the family of Abraham was most certainly in bondage at one time–for 400 years in Egypt. The “learned men” seem not so learned after all.

When you put advertisements in these wonderful lessons, they come out in the printing and it seems inappropriate. Is there any way to avoid having them print. Thank you,