LDS Fiction: Is it Mystery or Suspense? | Meridian Magazine 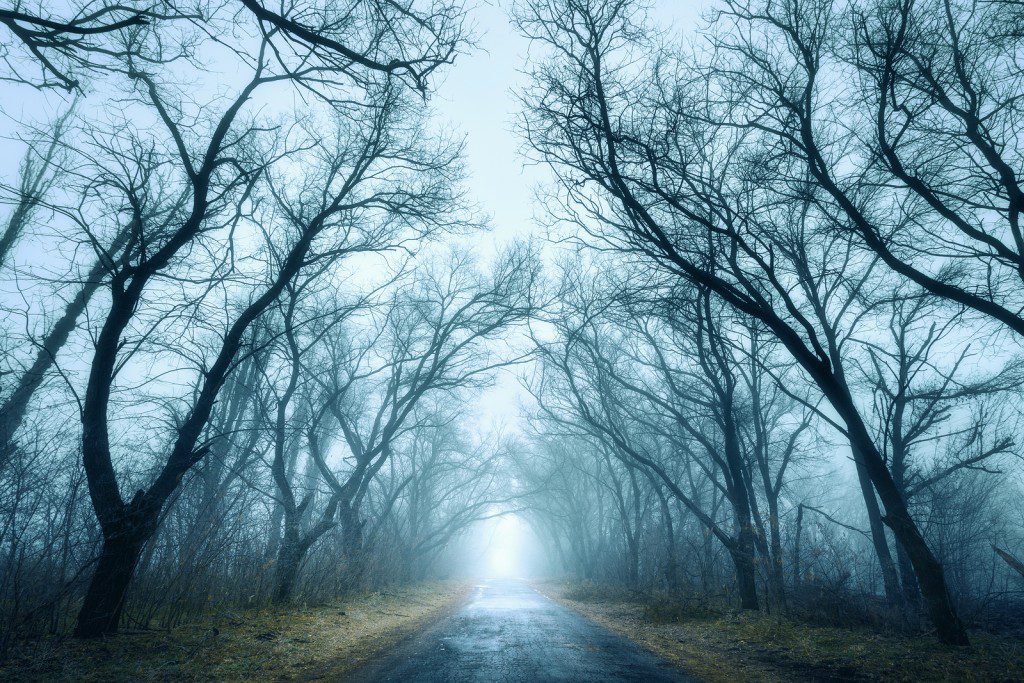 LDS Fiction: Is it Mystery or Suspense?

Mystery and Suspense novels are often lumped together, but they’re actually two different genres. Generally a mystery begins with the discovery of a crime, then proceeds to solve the question of who committed the crime. Suspense novels make no secret of who is the guilty party and the reader knows from the start.

The meat of the story is the path taken to keep the perpetrator from escaping justice, prevent a greater crime, and save the antagonist, an innocent party, or the world. Mysteries invite the reader to become a detective. Suspense keeps the reader on the edge of his/her seat, turning pages as fast as possible. Obviously the two share many qualities and often appeal to the same audience.

Two favorite authors demonstrate the best of each genre. Portrait of Lies by Clair M. Poulson is a mystery. It begins with a murdered woman and stolen art work and the object is to discover the identity of the thief/murderer. Played for a fool is a suspense novel by Stephanie Black. It spells out from the start who committed the murder, who was kidnapped, who is still resentful and angry, and who is desperate for money. The question is focused on preventing a repeat of the crime, the insecurities left behind, and discovering the difference between trust and being a fool.

When Detective Trey Shotwell was a teenager his mother, a renowned artist, was killed in an art theft. Five paintings, two by his mother and three by his even more famous father, were stolen and ten years later the crime is still unsolved though Trey suspects his mother’s brother. Trey is a gifted artist, but has a greater interest in law enforcement than a career in art. His mother’s murder is the push that thrusts him into police work, but it also creates a wedge between him and his father who wishes him to pursue a career in the artistic world.

Invited to join his father for an art auction aboard a luxury cruise ship, Trey enjoys the opportunity to relax and he meets a wrestler who becomes a close friend and is enchanted by a beautiful young woman, Aariah Stanton, whom he rescues from an overly persistent admirer. As he and his father preview the paintings to be auctioned, they are shocked to discover one of the paintings is one of his mother’s stolen paintings that has been slightly altered in an attempt to disguise the true artist’s identity.

As Trey uses the painting to establish its connection to his mother’s death, his relationship with Aariah deepens. He also discovers his uncle is aboard the ship, the man whose persistent attention to Aariah is connected to a couple who behave suspiciously, and a number of the other art enthusiasts aboard the ship also have questionable connections. Strange crimes under cover of convenient power outages, suspicious deaths, and a shocking murder heat up the investigation with no shortage of suspects.

Trey Shotwell is much like the heroes of past Clair Poulson novels. He’s quiet, though not shy, carefully evaluates clues around him, unassuming, and likable with a hint of country roots. Aariah is attractive, independent, but needs a little protection. She’s smart, and supportive. They both leave the reader feeling he/she already knows them. Descriptions of minor characters cover only the essential points and are a little generalized. Poulson places more emphasis on plotting than characterization as many mystery writers do, since the point of a mystery is to create a convoluted path to discovering the perpetrator of the crime. Poulson is generous with both clues and “red herrings” or false clues. The setting for Portrait of Lies is unusual for Poulson as it takes place partly on a cruise ship and partly in Australia and gives some interesting data on solving a crime at sea and some of the technology available to both criminals and law enforcement.

Readers who have enjoyed Clair M. Poulson’s mysteries for nearly twenty years will not be disappointed in this one. Poulson is a long time law enforcement officer, beginning as MP in the military, spent eight years as a county sheriff, served on numerous law enforcement boards including the FBI advisory board, and he now serves as a justice court judge. He was born and raised in Duchesne, Utah, and still assists with running the family ranch there along with a grocery store. He and his wife have five adult children.

PLAYED FOR A FOOL by Stephanie Black

Stephanie Black’s newest novel, Played for a Fool, is everything a Suspense novel should be and will keep readers glued to its pages, mouths open, and ignoring everything else around them from start to finish. Three years ago Megan O’Connor went along with a scheme her identical twin, Kristen, dragged her into to provide an alibi for her sister by pretending to be Kristen dutifully caring for an old lady. The plan was supposed to convince the elderly aunt to leave her money to Kristen. Instead everything went wrong; Kristen went to prison for kidnapping and murder, Megan was stabbed, the elderly aunt had actually planned the whole thing, and two young men’s lives were torn apart.

Now Megan is engaged to Trevor, the brother of the kidnap victim who has become her best friend. Then an anonymous letter sets off a series of events that hint someone is reenacting the original crime. Is Megan involved? Has Kristin escaped from prison? Is someone seeking revenge against Megan? Is her life in danger? How do the son and nephew of the murder victim figure into the picture? And what about the young woman who is the murder victim’s son’s ex-girlfriend and the one who first got him involved with drugs? The first crime resulted from hatred of Trevor’s father; is someone still driven to revenge against him or his family? Or is it all about money?

The title of this novel is very apt. Black does a superior job of leading the reader to share each character’s emotions, and with those feelings, the hurt, doubts, and fears the characters experience. Characterization is strong with distinct characters, who are realistic, driven by convincing emotions, and who react in ways with which the reader can relate. The twins’ ditzy mother goes a long way to explain Kristin’s ruthless nature and Megan’s gullibility. The story is told from multiple points of view which strengthens the various characters and enhances the emotional impact.

There is a great deal of backfill to explain the original crime, but it is handled well. Much of it comes in the first chapter in the form of Megan’s visit to the prison where Kristin is incarcerated and sets up the story. Other pieces are fed in small bites as needed and never drag the story down. The novel is set in a small college town which could be anywhere in the country and places off campus housing, the college, and both town and rural areas in fairly close proximity.

Black is a master of careful plotting. Sometimes a convoluted story can become confusing, but that doesn’t happen in Played for a Fool. Anyone who has ever been played for a fool, tricked, or blamed for something he/she didn’t do will share moments of anger or hurt. Anyone who knows the assurance of absolute trust will be touched. Those who enjoy first rate suspense stories will love this one.

Stephanie Black is a premier suspense writer and Played for a Fool just may be her best work yet. She is the recipient of four Whitney awards. She was born in Utah, but has lived in Arkansas, Arizona, Massachusetts, and Limerick, Ireland. She and her family currently live in northern California.

PLAYED FOR A FOOL by Stephanie Black, published by Covenant Communications, 323 pages, soft cover $16.99. Also available on CD and for e-readers.