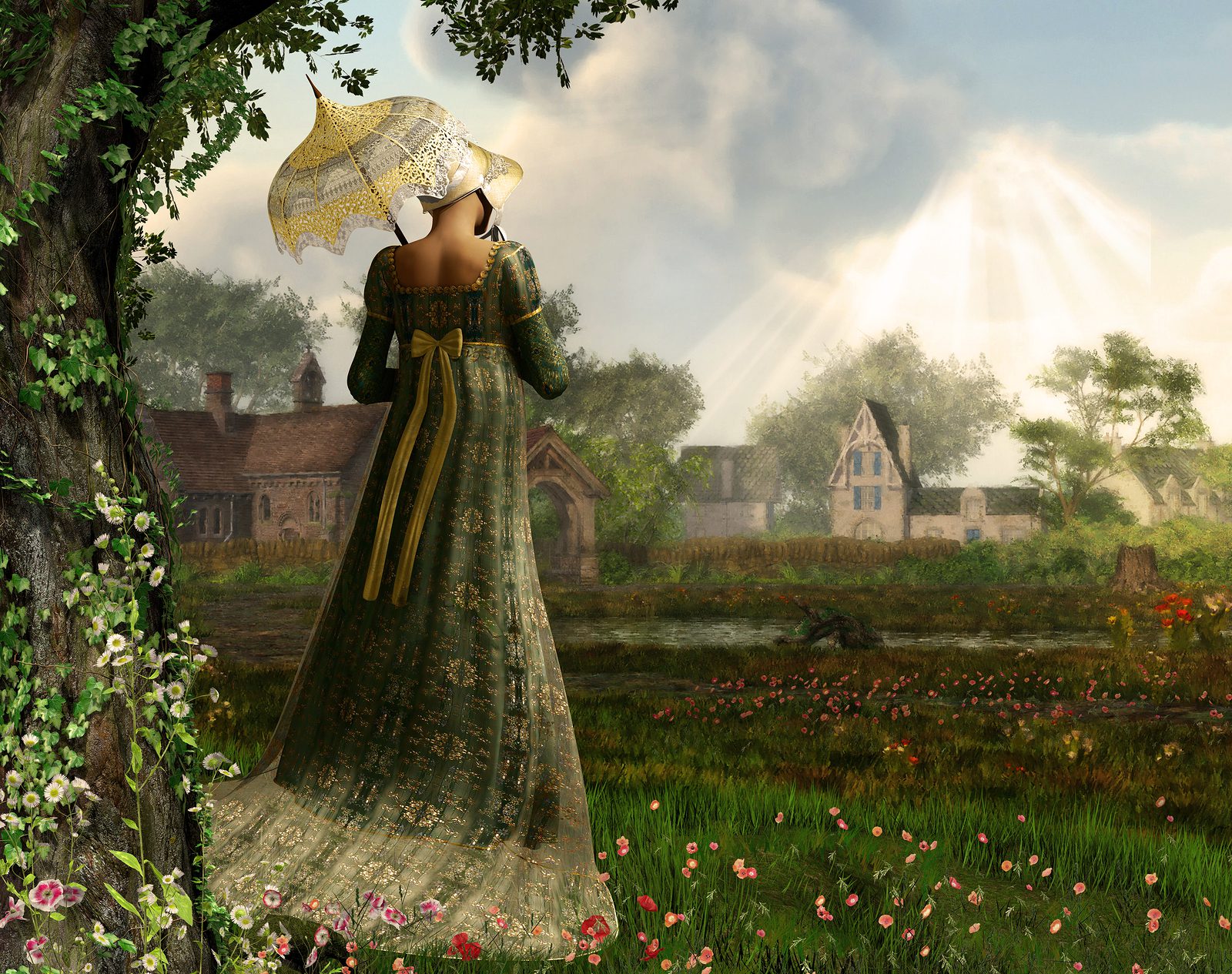 Regency novels remain popular with many readers and today I’m introducing two of them that fans of the genre will love. One is by long time favorite author, Josie Kilpack, and the other by a newcomer to the Regency world, Esther Hatch.

Peter Mayfield likes and respects his uncle, Lord Elliott Mayfield, but he’s not interested in his uncle’s campaign to promote respectability and sound marriages for him, his sister, and his cousins. He had a good marriage until his wife passed away leaving him with two young daughters to raise. Unlike Elliott’s other nieces and nephews he hasn’t been involved in any scandals, has a good income from the estate he inherited from his grandfather, and lives a respectable life. All is well until he attempts to hire a governess for his daughters. His first choice turns into a disaster, his second choice accepts another job, and his third choice is too young and pretty for his peace of mind.

Julia loves working as a governess and quickly grows attached to Peter’s daughters. Her mother, Amelia, however, is extremely upset when she discovers her daughter’s employer is the nephew of the man she fell in love with years ago, who dumped her when he inherited his title and part of a family who has suffered more than their fair share of scandal in recent years. Still hurt and bitter she launches a campaign to remove Julia from her post. While Amelia plots and plans, Elliott plays the peacemaker and Peter and Julia discover they share a love not only for Peter’s daughters, but for dogs, and she becomes an important part of managing his breeding kennel.

Elliott never married, but devoted his life to restoring his family’s name and fortune. Amelia married a banker and had a good, but brief marriage before he passed away. Peter still loves his more recently deceased wife and cannot imagine loving anyone so deeply again. Julia is tired of her mother’s controlling ways and seeks freedom to manage her own life; she isn’t looking for a husband. Still, somehow, these two couples find something they didn’t know they were looking for.

Kilpack has honed the craft of creating not-so-perfect, but endearing characters readers are able to quickly identify with. Though this story takes place in a time far different from our current lives, she touches on emotions and feelings that are timeless. The story is set during the Regency period and is presented in a believable way even with all of the attention to the social class system, rules, and fashion. It is the first volume in a series entitled The Mayfield Family. Regency readers will love this one.

Josi S. Kilpack is the author of more than two dozen books. Promises and Primroses is her ninth novel for the Proper Romance category of novels. She has been a recipient of a Whitney Award four times. She and her husband are the parents of four children. They make their home in Utah.

THE ROSES OF FELDSTONE by Esther Hatch

William is a younger son. He grew up expecting his older brother to inherit the family estate and title, but when the elder brother is disinherited for leaving home to marry a foreigner he has fallen in love with, the responsibility falls on William. Their heart broken mother falls ill and takes to her bed. William’s life is drastically changed. Not only must he prepare to shoulder the responsibility for the family estate, Feldstone, to become an earl, and to protect his mother from further hurt and loss, he also must give up his friendship with Rose Davenport, the fifth daughter of a man of a much lower station.

Rose dreads her family’s annual visit to Feldstone where her father and the earl enjoy hunting. After being close friends when they were younger, Rose and William have become rude, insulting adversaries. Rose cares deeply for William and doesn’t understand why he behaves so hatefully toward her. Her social climbing mother is determined she should be married and pushes her toward every eligible bachelor to show an interest in her, but Rose isn’t anxious to marry a man she doesn’t love.

Between controlling parents, set on their own self-centered interests and the rules and conventions of the Regency era, William and Rose struggle to overcome conjectures, be honest with themselves and each other, and to determine their own future.

William and Rose are likable characters, though the reader may want to shake a little good sense into them at times. Rose’s father is barely seen in the story, but her mother is the worst kind of selfish social climber who seems to think everything revolves around her. William’s father is an idle rich man with a wild temper and his mother conveniently becomes ill whenever she doesn’t get her way. The author portrays well the vivid English countryside and the lavish entertainments of the Regency era. Dialog, both spoken and internal, is handled well. The plot is predictable in the way of Regency romances with the gradual escalation of tension, a false denouement, followed by the real one and a happy conclusion. Hatch’s charming style will endear her to Regency fans and have them looking forward to her next novel.

The Roses of Feldstone is Esther Hatch’s first published novel. She grew up in Utah and after finishing high school alternated teaching English in Russia and attending Brigham Young University in Utah. She is married and the mother of four sons.

THE ROSES OF FELDSTONE by Esther Hatch, published by Covenant Communications, 204 pages, soft cover $14.99. Also available on CD and for eReaders.