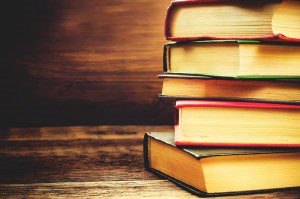 Contemporary Romances are generally light and fun. The characters are in their twenties, often edging toward thirty. The dialog contains modern jargon. The characters deal with today’s social problems and tend to behave less maturely than their counterparts of an earlier generation. There’s less emphasis on manners, clothing, and fashion than is found in the Regency period novels and less emphasis on correct moral behavior and heroic responsibility than is found in Historicals. The following three Contemporary Romances differ greatly from each other, but all three fit the broad guidelines of the genre as they deal with today’s political climate, drug addiction, re-marriage, animal rescue, and religion. All three have attractive covers, but less-than-appealing titles.

It’s not that Summer Knight has stopped believing the Church of Jesus Christ of Latter-day Saints is true. It’s the members in whom she’s lost her faith. As the daughter of a prominent senator, she knows politics can get nasty, but when her father is asked to speak, not about politics but about religion, at an LDS fireside, then is forced to withdraw his acceptance due to a smear campaign and threats against him and his family made by members of the church who support the other political party, she’s had enough. She leaves her hometown and stops attending church. She and her best friend head to California where she lands a job as a landscape designer.

A persistent Visiting Teacher tries to persuade her to attend church, but she goes paddle boarding instead where they meet the young man her friend is interested in and his friend, Benson Hardy. To her surprise Benson is also a Mormon and he succeeds in persuading her to return to church where she discovers her testimony is stronger than she thought. Summer finds Benson interesting until she discovers he’s the nephew of her father’s chief political opponent and the other political party’s presidential candidate. With their best friends seriously dating, they can’t avoid each other, but settle into a fragile friendship until a series of misunderstandings and the interference of friends and family enter the picture driving them apart. A handsome new employee at Summer’s work seems determined to be the man in her life and adds to her confusion by sharing with her past negative experiences with the Hardy family.

The author uses examples of real bigotry and bias found in today’s political arena which is shared by some members of the Church. The partisan squabbling, manipulation, and dirty tricks unfortunately add a layer of realism to the story. She also uses a few modern slang terms which may surprise some readers.

Summer and Benson are both well-crafted characters, but at times are frustrating. Summer tends to jump to conclusions and Benson doesn’t communicate well. Both suffer from self-defense walls they’ve built while growing up in the political spotlight. Some of the other characters are so real they’re a painful reminder of some of the less-than-wonderful people we’ve all had run-ins with in our lives. Some make us want to hug the friends and family members who have been there for us through thick and thin.

The book is well-written, well-edited, and certainly holds the reader’s attention. The ending isn’t exactly what romance readers may be looking for. These two have their work cut out for them to achieve family unity and achieve their “happily ever after.”

I’ve been known to be critical of the current book cover fad that shows a body, clothes, but no head. This one skips the whole body and just shows the characters’ feet. Surprisingly it’s an appealing cover.

Brittany Larsen lives in California with her husband and three daughters.

Rosie was subjected to a series of questionable stepfathers, but when she was twelve one started invading her bedroom. His behavior prompted her to run away to live with her grandparents on their remote ranch. Now a science teacher at the local high school and almost thirty, she has her hands full caring for the ranch, her rescued animals, and her grandfather who has a bad heart. Her grandmother died a year earlier when a drunk driver slammed into Rosie’s car while her grandmother was a passenger.

Rosie’s name is actually Hurricane, but her grandparents called her Rosie when she came to live with them and it’s the name she prefers. Her teaching job is a challenge since the principal is the father of the drunk woman who caused her grandmother’s death and the town is run by their family. Even the police chief is part of the family that dominates the small town and charges were never brought against the drunk driver. To add to her troubles, a stranger has bought the ranch closest to her grandfather’s ranch and has plans to turn it into a resort for recovered addicts. He’s also stealing her water and shoots her pet coyote.

Destry Steadman shared a dream for years with his brother of buying a ranch. Drug addiction and embezzlement, result in the brother committing suicide and Destry’s struggle to come to terms with his brother’s death and his feelings of guilt for not giving up his business and buying a ranch with his brother lead him to buy the ranch next to Rosie’s grandfather’s property. It also is the reason behind his desire to help people struggling to give up addictions and start over. He knows nothing about ranching and has no idea how important water, water rights, and keeping to an allotted water schedule are to ranchers in the semi-desert area of the Southwest. Adding to Rosie’s strikes against him, he gets the teaching job at the high school her boyfriend applied for.

After losing her beloved grandmother to an alcoholic, Rosie is opposed to Destry bringing recovering addicts next door. Dealing with a flash flood, a jealous boyfriend, her mother’s and an uncle’s determination to sell the ranch and put Grandpa in a nursing home, and Rosie’s mixed feelings toward Destry all add to the stress in Rosie’s life.

Jamison faces some of today’s social problems head on and hints at a liberal politically correct attitude. I found the personalities of her characters a little extreme and I didn’t care for them at first, but most grew on me as the story advanced. There’s little reference to real ranching and the major focus is more on animal rescue of discarded or injured animals than on really running a two thousand acre ranch. The real story is in the changes that take place inside Rosie that permit her to see her long time boyfriend in a different light, forgive the young woman responsible for her grandmother’s death, and face the future without the fears that have held her back and kept her from being the strong person she has pretended to be.

In this day when many novels, both good and poor, are self published more than the usual number of flaws go uncorrected. This is true of this book, though the story is interesting and the writer shows great promise, there are a few glitches an experienced novel editor would have caught. Hopefully the unappealing title won’t discourage Romance readers from trying a new and promising author.

Rebecca H. Jamison grew up in Virginia, graduated from Brigham Young University with a Masters in English. She has been a special education teacher, an English teacher, and a technical writer. She is also a wife and mother of six children.

Even though Jennifer has been dating Vince for a long time and is aware he doesn’t share her feelings about the Church, she is shocked by his proposal to marry outside the temple or just live together and is determined to end their relationship. He won’t take “no” for an answer and she accepts a summer job with a small newspaper in Oregon to get away from him and to gain experience for the newspaper career she wants. She’s also anxious to get away from her father and his new wife whose sudden marriage just four months after her mother’s death she finds upsetting. She vows to avoid romance for the summer. An upstairs apartment in an old house overlooking the bay suits her perfectly and she quickly becomes attached to her elderly landlord, his wife, and the neighbor who is the wife’s best friend.

Avoiding romance isn’t as simple as she expected. First there’s Larsen, a good looking paramedic who jogs every morning on the beach her apartment overlooks. There’s gorgeous Aaron, the ad salesman for the newspaper. Then Vince shows up. The Relief Society president assigns her three sisters to visit and she befriends an old man who sits on a rock on the beach each night waiting for his lost love to come for him. Everywhere Jennifer turns someone is falling in love, suffering because of a previous love, or trying to push her into a romance.

Jennifer is a likable character who begins with a great deal of immaturity baggage, but who gradually grows up by living and writing about human relationships and interactions. All three of the men in her life come with a heaping share of their own baggage, even the one she eventually chooses. The characters are all realistic and it doesn’t take much imagination to identify each with real people we’ve all known at some time.

The setting for this story is the beautiful Oregon coast which Sowards works into the story very well, adding a romantic setting to the story. The plot doesn’t contain a lot of action, but it holds the reader’s attention, follows a nice arc, and leads to a satisfying conclusion.

Clairvoyance is a strange choice for the title of this book since it has nothing to do with supernatural powers or being able to see into the past or future. A secondary definition of clairvoyance is quick, intuitive knowledge of things and people and doesn’t have anything to do with this story either, since the main character, Jennifer, is actually kind of slow catching on to the people and events around her. Even though the title may not suggest the merits of this book, it is a an enjoyable story and perfect for relaxing on a warm summer day.

Joan Sowards brings firsthand knowledge of the Oregon coast to Clairvoyance since she lived there for a year following graduation from Arizona State University. She has lived in Arizona most of her life. She is married and the mother of five children. With her husband she served a mission to Thailand. She has half a dozen published novels to her credit and has been involved with American Night Writers Association for twenty years.