LDS Fiction Based on the Scriptures | Meridian Magazine 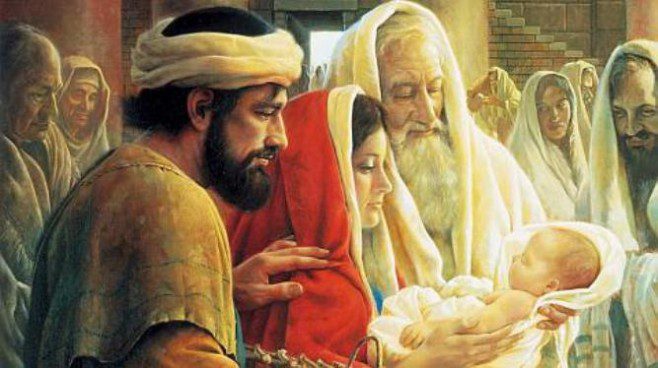 LDS Fiction Based on the Scriptures

Some of the greatest stories are found in the scriptures. Sometimes those stories are incomplete or simply hint at a larger story. There’s a form of historical fiction that delves into these scriptural accounts then expands on them to create a story that draws readers to examine the basic story and imagine the events surrounding it in greater detail. H. B. Moore is well known for her work in this genre and readers will enjoy her Anna, the Prophetess, based on the Bible story of the woman at the temple in Jerusalem who testified of the Christ Child’s divinity. Mechel Wall and R. H. Roberts have stepped into this field this month with a compelling story taken from the Book of Mormon. Both are strong faith promoting stories.

Forbidden Faith by Mechell Wall and Renee (R.H.) Roberts is taken from The Book of Mormon and is a fictionalized account of wicked King Noah’s days. Few women are mentioned in the scriptures, particularly in the Book of Mormon which makes this novel unique in that it tells the story, following the scriptural account, but retelling it as it might have been viewed by the women who were wives, mothers, or sweethearts of the major characters. It begins with Mera, the queen, who aids and comforts her family following an attack by the Lamanites which leaves her elderly husband, King Zeniff, unsure of his ability to continue to lead the people and her elder son, Jarom, wounded in a questionable manner. Fearing that if he turns the kingdom over to Jarom in his weakened state the younger brother, Noah, might destroy his brother, Zeniff confers the kingdom on Noah while Jarom and his family sneak away to ensure their safety.

Tamar is Noah’s wife. She becomes queen, but refuses to live in Noah’s fancy new palace or raise their son there among Noah’s concubines and drunken orgies. She is deeply committed to the Gospel and is heartbroken as her husband turns to false gods, women, and alcohol. She struggles to protect those who are still faithful to God from her husband and his inner circle of priests. When a prophet, Abinidi, appears there is great division among the people as the faithful, including some of the royal sons such as Alma and Limhi, choose whether to obey God or Noah. And always there is the constant threat of war with the Lamanites.

The authors bring the characters in this story to life in a strong vibrant way. Mera loves both of her sons and never gives up hope Noah will change and remember the truths he was taught as a child. She faces discouragement and ill treatment, but never loses her faith. Through her ordeal she gains some powerful insights into God’s ways versus her own. Tamar, too, struggles to reconcile the man she fell in love with and married with the man he becomes. She suffers a great deal of hurt and humiliation, but remains strong for the sake of her son.

The overall story of wicked King Noah, Abinadi, and Alma is well known, but the authors furnish background and setting for the story that bring it to life. The women’s story is told against the backdrop of the daily chores and everyday life in great detail. This is a story of trial of faith and is not meant to replace the scriptural account, but read in addition to the Book of Mormon account it can greatly add to both the reader’s understanding of the time and place and strengthen individual faith.

Mechell Wall and her husband are the parents of eight children. She says her education started at the age of four at her family’s private school and has never ended. R.H. Roberts and her family live in Oklahoma. She is a graduate of Brigham Young University.

ANNA THE PROPHETESS By H. B. Moore

Only one woman in the scriptures is referred to as a prophetess and little information is given about her other than her parents’ names and that she was left a widow after only seven years of marriage. She served in the temple in Jerusalem and was one of two elderly people who bore witness to Jesus Christ’s divinity on the day Mary and Joseph took their child to the temple to be circumcised. H. B. Moore spins an imaginative story in Anna the Prophetess detailing what might have been this holy woman’s background. While the background story is fictional, Moore is meticulous in following both the facts of Anna’s brief scriptural episode, but also in painting a picture of Jerusalem and the lifestyle of the Hebrew people at the time of the Messiah’s birth.

Julia, Anna’s great niece is sent to live with her because she refuses to marry the much older man her father has chosen for her. As the two women get to know each other, Anna shares the story of her brief marriage and takes her young great niece to meet Simeon at the temple. They visit Elizabeth and her new son, John as well.

Moore always brings her scriptural/historical characters to life in a satisfying way and she does so with Anna. Few contemporary writers equal her for precise research and in depth examination of the cultural and doctrinal aspects of the scriptural stories she presents to the reader.

Heather B. Moore attended Cairo American College in Egypt and the Anglican School of Jerusalem in Israel as well as Brigham Young University In Utah. She writes in several genres, but is probably best known for her historical novels. She and her family live in Utah.