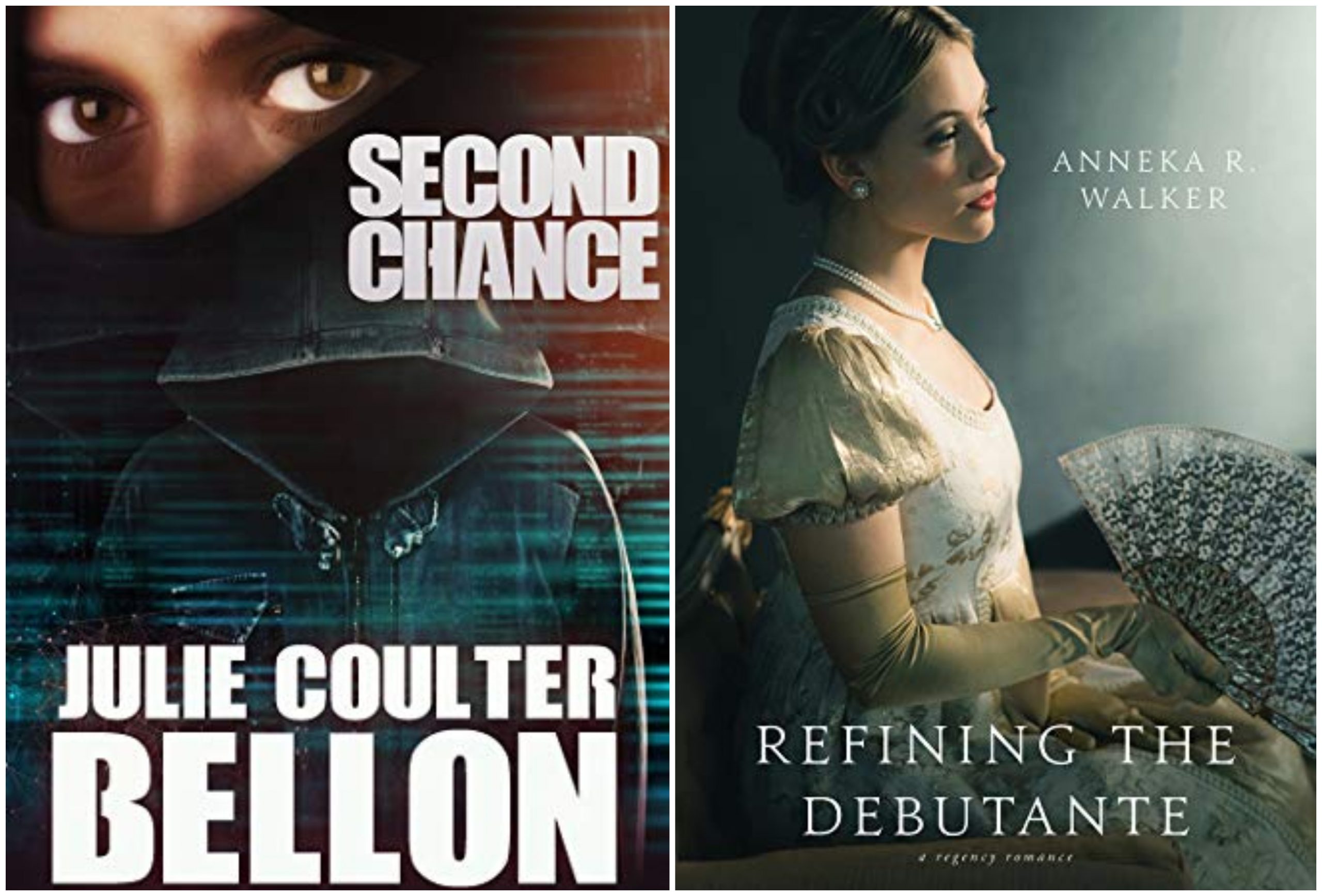 Two new books stand out this month. Second Chance is the much-anticipated newest book in the Griffin Force series by Julie Coulter Bellon. Anneka R. Walker reveals some of the painful aspects of the Regency period in Refining the Debutante as her heroine falls from society’s darling to a harshly treated servant in her uncle’s home. Both are spell binding books revealing glimpses into times and situations worlds apart.

Fans of Julie Coulter Bellon are in for a treat when they pick up her new book, Second Chance, the newest addition to her Griffin Force Series. It’s not only loaded with surprises, but gives a great deal of information about Libya, a country most of us know little about. It begins with a Griffin Force team’s arrival in that country in pursuit of an international terrorist bent on taking over Libya. Ironically, the only member of the team who can infiltrate the terrorist’s is the computer tech, Augie. Their Libyan contact sends a young man, Rian, from his group with Augie to protect, translate, or assist in any needed way. Augie doesn’t trust him. He seems to be hiding something, but they proceed, and the mission turns into something much bigger and more dangerous than the observe-and-report it started out to be.

Gradually Augie and Rian begin to trust each other as they face danger, imprisonment, and the world’s most feared terrorist. They face seemingly insurmountable odds as they struggle to contact and bring in the rest of the Griffin team, and quite by accident, Augie discovers Rian’s secret—a secret that places them in even greater danger.

Most of the Griffin Force team members are already familiar to readers who have read the previous five books in the series. Each volume is a stand-alone Romantic Suspense, featuring one or more different members of the team with the others serving as secondary characters. In this story the romance is quite low key with the emphasis on the suspense portion of the story. Augie, with his fantastic computer skills, is usually in a support or control role. In this story he is great as a lead character. His determination to carry out the mission and to protect others is balanced well with his doubts and reservations about his suitability for the assignment and his concern for his partner and others. Rian’s role is carried out well too, though I had some reservations about the real likeliness of maintaining this character’s secret for so long.

Julie Coulter Bellon has done an excellent job with the setting and background of this Romantic Suspense story. All of her books feature well-researched, diverse settings and are a fun way for readers to acquaint themselves with a wide array of locations around the world. The plot arc starts out high and gets higher. The surprise ending lends an opening for a future book.

Julie Coulter Bellon has earned numerous awards for her more than two dozen outstanding novels. She was born and raised in Canada, then graduated from Brigham Young University with a degree in secondary education. She and her husband are the parents of seven children. They live in Utah.

Regency Romances continue their popularity with readers. A relatively new writer of this genre, Anneka R. Walker, is quickly becoming a favorite of those searching for greater depth concerning the period where these novels are set. Her newest book, Refining the Debutante gives insights into the shallowness of the role expected of upper class women during this period and the limited options allowed all women. This story includes the balls, fancy dresses, and all of the trappings of the elite social class during the Regency time period, but it also gives a picture of the struggle for self-worth, the value of loving and being loved, and an awareness of the stark poverty and lack of rights of the lower classes.

Miranda Bartley and the Honorable Ethan Roderick meet under unusual circumstances and are soon almost inseparable. An official engagement is expected by everyone, including them. Her careless, snide remarks to some of his friends causes Ethan to question their suitability. He breaks off the relationship, but he can’t forget her even as he seriously pursues another young lady.

Miranda is heartbroken, but the loss of Ethan is not the only disaster in her life. Her father loses his fortune, sends he to a miserable, recluse uncle, and disappears. With no money, a uncle who ignores her, and a housekeeper who treats her as slave labor, she has no hope of the kind of life she once felt entitled. Will an accidental meeting with Ethan provide an escape from her abusive situation or more heartbreak? Surely becoming a rich, old lady’s companion will be better than being a drudge in her uncle’s household.

Miranda starts out as a fun, flirty young woman, without a thought or care for those of lower social levels including her own servants. She’s quick to manipulate conversations to her advantage. Through her loss of privilege she learns to work hard, but more importantly she becomes more aware of the physical and emotional needs of others. She is a well-drawn character. Ethan is charitable in many ways. He sponsors needy boys’ education and distributes goods to those in need. Socially he is a bit of a snob, who couldn’t possibly marry someone beneath his social level or who might be snubbed by the ton. He, too, grows with the story, but not as much as she does. Most of the secondary characters fit their roles well.

The background of the major characters is incorporated well into the story as is the pertinent historic details of the era. The setting is the well-established Regency period with its rigid class and gender distinctions.

Anneka R. Walker has a BA in English and History from Brigham Young University. She is married and the mother of five children.