Latter-day Fiction: For Those Who Enjoy Suspense and Action | Meridian Magazine 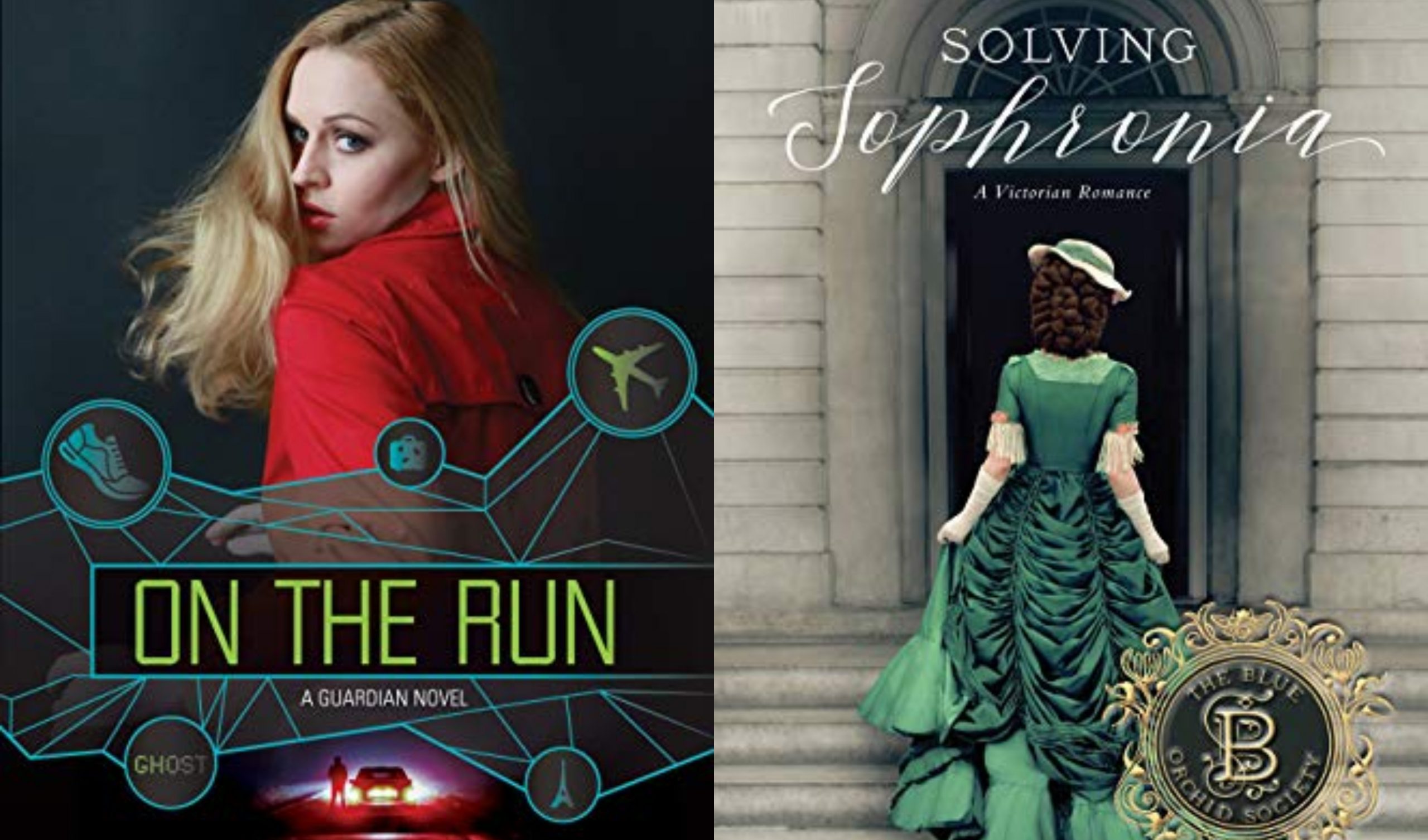 Two novels readers who enjoy suspense and action will love are set in two different time periods. The first is On the Run by Traci Hunter Abramson. This modern day Suspense novel is volume 4 in her Guardian series, but easily stands alone. Solving Sophronia is the first volume in a new series, The Blue Orchid Society, by Jennifer Moore and is set in the Victorian era.

ON THE RUN by Traci Hunter Abramson

Traci Hunter Abramson is one of those writers who keeps getting better and better. Her newest book On the Run is the fourth volume of her Guardian series and though I recommend reading the series in order, each stands alone very well.

Elle Jameson is a top investigative journalist known for digging out promising leads. When her investigation of a missing drone leads to the discovery of corruption at senior levels, she travels to a US military base in Germany. There her research leads her to a deadly conspiracy and the attention of someone who will stop at nothing to kill her and anyone with whom she may have shared her information. Someone close to her falls victim to a plot meant to eliminate both of them.

The Guardians are a secret unit formed to provide undercover protection for agents and other US individuals who may need their special skills. Nolan is a new agent who just received his first solo assignment. From the moment he makes contact with Elle they are on a roller coaster ride, fleeing across Europe in an attempt to keep her alive and discover who and why someone wants her dead. The investigation leads them from the military to politicians, from family to strangers, and includes half a dozen nationalities. Not all of the questions are cleared up in the ending. One big question is left for the next volume of the series.

Elle and Nolan are strong, intelligentcharacters readers will enjoy and easily identify with. Both their dialog and actions feel realistic. The author’s personal acquaintance with the areas where the story takes place adds to a sense of realism. Her familiarity with the methods and procedures used in international security matters also lends credence to the story. This is a fast paced suspense story readers will love. There is also a minor element of romance to add to the story’s appeal.

Traci Hunter Abramson was born and raised in Arizona. She lived in Venezuela while participating in a study-abroad program. After graduating from Brigham Young University she went to work for the Central Intelligence Agency. She eventually left the CIA to raise her family. In addition to her husband and children she loves teaching a high school swim team and traveling. She has written more than two dozen top selling novels and received seven Whitney awards.

There’s more to Lady Sophronia Bremerton than her Victorian era upper class friends realize. She’s also the society columnist for the London Illustrated News and London’s upper crust loves seeing their exploits and interactions printed in SOLVING SOPHRONIA her gossipy column. Sophie, however, has bigger dreams. She wants to be a regular reporter, using her writing and sketching talents to cover hard news. Two events change the direction of her life.

Bored and restless, Sophie ditches an upscale ballroom, for a quiet interlude in the library of the mansion where the ball is being held. She discovers she isn’t the first young lady to seek respite among the rooms literary offerings. Before long they are joined by three more young ladies seeking an escape for various reasons. The five young ladies form a bond and each vows to fulfill a goal or dream in the coming year and to support each other in doing so. Thus begins a deep friendship–and the start of a five book Victorian series.

Detective Jonathan Graham is shocked when a well-dressed young woman invades a murder scene he is investigating and refuses to leave. Not only is a murder scene, discovered in a dirty alley, no place for a woman, but especially for one obviously a gentlewoman. He is further shocked when she points out clues he missed that will help to identify the victim and possibly lead to the killer. After a few misunderstandings and learning she is a reporter and the daughter of a prominent noble, the two agree to work together to discover who killed the victim.

As Sophie and Jonathan pursue their case, their attraction for each other grows. They each attempt to dismiss their feelings because he grew up an orphan in the city’s slums and she lived a life of luxury and social esteem. When the case turns deadly, will social class matter?

Sophie and Jonathan are both great characters, the kind the reader would like to hug one minute and shake some sense into the next. Minor characters fill their roles well also. Sophie’s grandmother is a bit of a rebel herself while her mother and sister are maddening holdovers from the Regency era. Sophie’s editor, Jonathan’s sergeant, witnesses who may have seen something, Sophie’s friends, and even some of the callers and noblemen she and her sister dance with suit their roles well.

Moore has done an excellent job moving her story forward from the Regency period to the Victorian by using or mentioning some of the inventions or innovations of the late 1800s while showing the lingering social class distinctions. The story moves at a comfortable pace and leaves just a hint of the pending stories to come in this series while giving the story a satisfying ending.

Jennifer Moore has written more than a dozen novels, mostly Regencies, and a couple of Christmas books prior to beginning this Victorian series. She has a BA from the University of Utah. She is married and has four sons.