Is America Still a Land of Promise? | Meridian Magazine 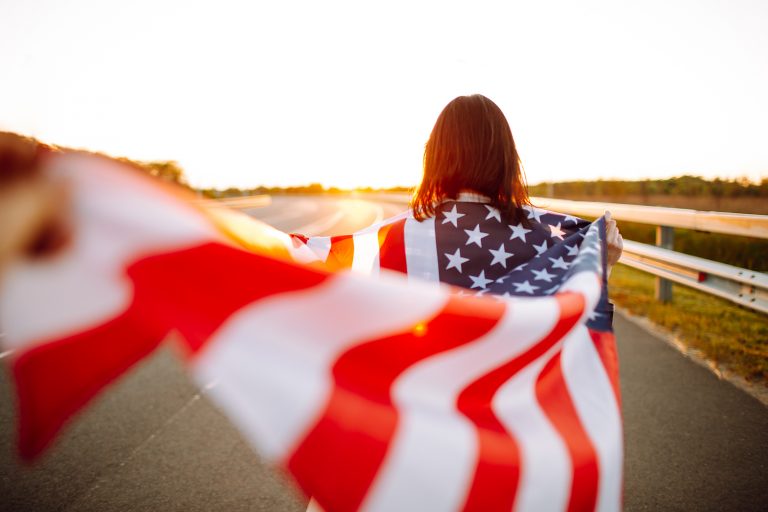 This series poses fundamental and intentionally provocative questions about the doctrines of the Restoration, and in many cases includes the author’s own interpretation of certain Gospel beliefs and principles that do not pretend to be official doctrine of the Church and that are necessarily endorsed by Meridian Magazine.  The intent is to stimulate thought and questions that will lead each of us to our own conclusions.

Scripture teaches us that America is a “land of promise,” a phrase used dozens of times in the Book of Mormon.  Indeed, we believe that our Founding Fathers were raised up by God to create a country where the Restoration would take place and where freedom would reign.  Most of us feel deeply blessed to live here and partake of this land’s promised blessings.

But is America still a land of promise?

There has been a recent plethora of articles and commentaries on America’s decline, on the end of the American century, on China overtaking America economically and in world influence. This type of discussion and “doomsdaying” has become even more common during the pandemic, using America’s inadequate response as evidence #1 of our demise.

One of these many articles, called “The Unraveling of America,” written by a Canadian named Wade Davis for the August 2020 issue of Rolling Stone Magazine, lists several reasons or evidences of America’s decline including:

1. He feels that America has become an increasingly warlike nation, “To this day, American troops are deployed in 150 countries. Since the 1970s, China has not once gone to war; the U.S. has not spent a day at peace.”

3.He sees us as workaholics, “With slogans like “24/7” celebrating complete dedication to the workplace, men and women exhausted themselves in jobs that only reinforced their isolation from their families.”

4.And he backs up his more-work-with-less-reward claim with a comparison to Denmark: “Danes earn roughly the same after-tax income as Americans, while working 20 percent less.”

5.He typifies us as disengaged, drugged, and addicted, “Only half of Americans report having meaningful, face-to-face social interactions on a daily basis. The nation consumes two-thirds of the world’s production of antidepressant drugs.”

6.And he points out our ever-growing gap between our rich and poor, “…the base pay of those at the top is commonly 400 times that of their salaried staff…”

7.Davis’s concerns and criticisms reach into what he may think of as a cause when he talks about our divisions and our new-found nationalism, “Americans remain almost bizarrely incapable of seeing what has actually become of their country… In a land that once welcomed the huddled masses of the world, more people today favor building a wall along the southern border than supporting health care and protection for the undocumented mothers and children arriving in desperation at its doors.”

8.He points out how COVID-19 exposed what had happened and was happening: “COVID-19 didn’t lay America low; it simply revealed what had long been forsaken. As the crisis unfolded, with another American dying every minute of every day, a country that once turned out fighter planes by the hour could not manage to produce the paper masks or cotton swabs essential for tracking the disease.”

9.America’s COVID statistics, to Davis, flag the inadequacy of our resolve as well as our leadership, “As a number of countries moved expeditiously to contain the virus, the United States stumbled along in denial, as if willfully blind. With less than four percent of the global population, the U.S. soon accounted for more than a fifth of COVID deaths.”

10.His bottom-line COVID point is that our response closes the deal on any illusions that America is still some shining city on a hill, and makes it clear that this is the end of America’s century and the beginning of China’s.  He states that the pandemic has had an “absolutely devastating impact…on the reputation and international standing of the United States of America… In a dark season of pestilence, COVID has reduced to tatters the illusion of American exceptionalism.”

11.At one point, Davis gets close to identifying the root-cause of it all: “More than any other country, the United States in the post-war era lionized the individual at the expense of community and family. It was the sociological equivalent of splitting the atom. What was gained in terms of mobility and personal freedom came at the expense of common purpose. In wide swaths of America, the family as an institution lost its grounding.”

Are weaker families the Cause, and would Stronger Families be the Solution?

With whatever points we may agree with Davis on in our minds, do they add up to the conclusion that America’s time is past, and that this is no longer a “promised land?” And if we do agree, even in part, how do we restore or fix this great country?  What is the source or the cause of some of our decline, and how can it be addressed?

Confusion between means and ends, between cause and effect, between illness and symptoms is a very serious problem, because treating symptoms can never provide long-term solutions, and when we attack the effect, thinking it might be the cause, it keeps us from looking deeply enough to identify the true illness, which thus never gets treated.

Where is the cause, the means, the illness that is plaguing America?  And what is the most basic unit of American Society where illness can be both discovered and cured?

The individual is not the basic unit—it is too small, too finite and short-lasting, too self-centered and disconnected to be the unit that bonds and holds together society.  Davis realizes this—remember that he spoke of “The American cult of the individual” which he said “denies not just community but the very idea of society.” And he wrote that we have “lionized the individual at the expense of community.”

Between the individual and the community is the unit that is neither too small and self-interested or too large and disconnected to be the reliable builder and nourishing safeguard of our society—that unit is, of course, the family—the most committed and other-centered core of a flourishing culture.

It is common to blame the decline of the American family on poverty, or of greed and materialism—or of racism—or of excessive debt and consumerism—or of amorality—or of our workaholic culture.

But what if all of these “causes” were actually effects, and what if the cause was the decline in marriage and family commitment and the weakening of the basic unit of society?

We see articles like Davis’s, and endless analysis of all of these problems, often with the implication that if we could just solve them, it would restore stronger and more prioritized and committed families.

But we have it exactly backwards.  It is the decline, disinterest, devaluing, disillusion, and decimation of marriage and committed, prioritized families that causes all of the above. You are invited to go back through the 11 “decline points” listed above and ask yourself “Would stronger, more committed families solve or mitigate this problem?”

Let’s say it much more boldly and inclusively:

The rapid decline of the basic unit of marriage and family is the means, the cause, the disease and the potential cure.  Everything else in society, good or bad, is a symptom, an effect, a result.

Many still play lip service to family as “the basic unit of society” but most do not think about or understand what that means—or why it mandates that we protect and preserve families in order to save our country.

Why America Cannot Thrive, or even Survive, without Strong Families

A society (or a culture, or a nation) cannot flourish without the successful fulfilling of six essential functions:

It is possible to conceive of these functions being fulfilled by entities other than the family.  Test tubes and laboratories for a., Communes for b. Indoctrination camps for c. and etc. but it creates a vision of a totalitarian autocracy that strikes dread into our minds.

In the last two generations, the traditional household family has lost its high ground as the most common and the most desired way to live. Some of the tipping points:

The solution, the only solution is to Revalue our Families.

“Revalue” needs to have at least three separate but mutually supportive definitions:

1.  Once again recognizing the transcending societal value of families;
2.  Personal reprioritizing of our families;
3.  Putting values back into our families.

Please comment with thoughts or questions, and join me here next Tuesday for Article 8 which is called Is the Gospel Inclusive or Exclusive, and how does the “Perfect Church” Concept Affect our Testimonies and Faith?

Richard Eyre is a #1 New York Times Bestselling Author who served as Mission President in London.  He and his wife Linda are frequent Meridian contributors.

I think many of the claims you mention in the article you referenced are false. For example--- the old, tired out lament about guns, but no mention of the MANY lives that have been SAVED because innocent Americans had guns to defend themselves??? I have read of many accounts of this fact, some in my own home town. These criticisms of America are not new and will continue to circulate. Yes, we have challenges--but our nation is still blessed beyond measure. It is ALWAYS a good idea to evaluate our family relationships and work at strengthening them, but the continuous criticisms of America causes much more harm than good. We live in a time when it is "politically correct" to keep up the "'ain't-it awful" rhetoric, and I believe it is a technique used by our enemies to destroy our patriotism.

I agree with the comment that selfishness is the root of all problems in this country. The decline of the family doesn’t lead people to build a wall on our southern boarder or deny a person health care. Recent research has brought to light in the past 50 years reviewing published literature the word ‘I’ has replaced ‘we’ significantly. Personally, I feel the ‘baby boomer’ generation of which I am a part has been a disaster as far as leadership. We are leaving our children with war, debt and abounding in crime and still no health care. Shame on us. Thank you for this article, very thought provoking. i agree that America the promised land is all of North and South America not just the USA. I also question this oft repeated quote that the Constitution will hang by a thread prophesy. The only reference I can find if that is a third hand account in a journal entry. Please enlighten me if you can find a first hand document.