How To Make Your Family Memories Magical Ones | Meridian Magazine 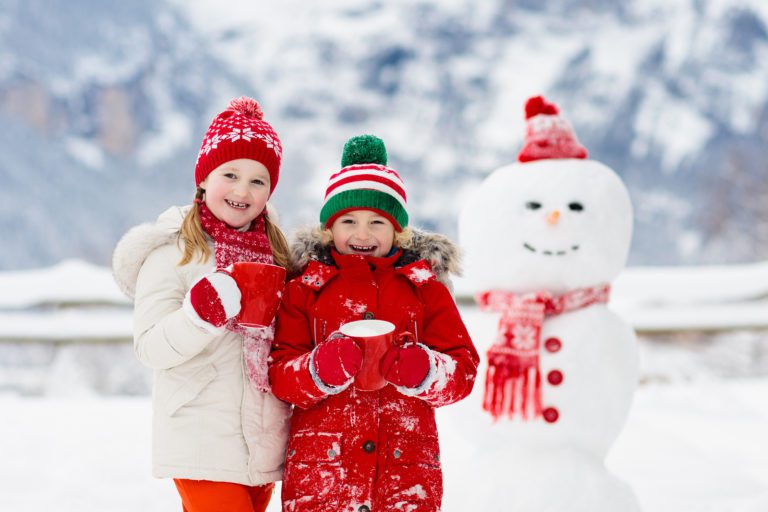 How To Make Your Family Memories Magical Ones

As I held my 15-year-old son’s hand and watched the magic of Christmas unfold around me with lights and nativity displays at the city center, I felt that date with my son was a parent’s dream come true. Who doesn’t dream of the perfect parent/child memory? We all want them, but could our desire for that perfect moment be just the thing that ruins the moment when it arrives? Yes, we emotionally trap ourselves, sometimes without even knowing it, and then the perfect moment with our child or spouse cannot happen even though we wanted it to happen so badly. I call this the expectation trap.

There are two kinds of expectations:

Only the second type of expectation is productive. The first type constantly backfires because our emotions get in the way.

The Magic Disappeared in Front of My Eyes

While holding my son’s hand that magical December night, a young family in front of us was struggling to find some holiday magic amongst the tears and whining from the children, and threats from the parents. This is what we heard.

“Just look over there,” the mother demanded.

“I can’t see either…,” the next child said in his pouty way.

At this point Dad started helping with the parenting. “Stop whining. This is supposed to be fun!” he growled at the children.

After their father’s outburst, the children started crying. The toddler of the family then said through her tears, “I’m cold…”

In an attempt to stop everyone from being so emotional and ruining the family night, the father threatened, “The next person to cry is going to be put in the van and will miss the lights. Do you understand?”

The crying stopped. The whining stopped. But, the children were too busy looking sadly at their shoes and hugging their mother’s leg to enjoy any of the nativity or light display.

Some might say the father had no other choice. Others may suggest that the children pushed him to his emotional outburst. And still others will just smile because who hasn’t been there with a young family? Even though I understood the chaos that can, and often does, ensue when taking a busy young family out on the town, I wished I could give some advice that would have changed the whole situation before it even started. Here is the advice I would have given to these loving parents if I would have felt it was the time or my place to say anything, which it wasn’t.

The success of any difficult situation always depends on the preparation and training that has happened before the situation occurs. Three simple, yet deliberate, actions could have changed the night, and allowed it to become the magical family activity the parents were clearly hoping for.

First, teach the children skills for success. So often parents hope that the special occasion will inspire better than usual behavior in their children. Children have to be taught how to behave in public, and this training happens in private first. There are Four Basic Skills for self-government that families can learn in order to solve potential future problems, such as needing to express a feeling like coldness, boredom, or frustration from not being able to see. One of these Four Basic Skills is called Disagreeing Appropriately. When using this skill, the child calmly seeks understanding and then expresses how he feels or what he might need at an inconvenient time. And, if the problem can’t be immediately solved, the skill includes a step called “drop the subject” that reminds the child to choose to be okay if things can’t go their way.

Second, pre-teach the children to use the skills before actually unloading the van. Take a brief minute and remind the children how to solve their problems at the public event and which skills will be most beneficial for them. As part of this pre-teach, parents should also make sure children know what kinds of negative consequences are possible to earn if some behavior correcting is required.

Third, make the correct expectation so that when trouble comes, the magic isn’t spoiled. Parents can’t allow emotions to control their family time; not their emotions and not their children’s emotions. So, choosing to see the upcoming event as a picture of a possibility that will most certainly have a few moments of correction and teaching, but has the potential to be really special if everyone feels understood and guided, is the proper way to mentally prepare for success. If parents include their role as guide in their vision of the upcoming family activity, then they will likely embrace the teaching and correcting moments instead of resent them when they occur.

That father and mother I saw likely dreamed of the warm, connected magic they would feel when they took their children to the city center and wandered through all the Christmas lights. All their emotions were tied to the feeling they would get from their children. This was a type one expectation. So, when the children didn’t perform properly, the parents started forcing good behavior with emotional manipulation in order to make their expectation a reality. Sadly, that never works, and it didn’t work for these exasperated parents either. Children need parents who aren’t afraid to calmly teach and correct, even in public. Threatening isn’t correcting. Children need their parents to teach them without emotion in order to easily move past difficult situations.

The way we prepare for upcoming situations really does matter. We can’t control everything, but we can prepare to control ourselves by learning skills and acknowledging that a perfect night with children usually involves calm, loving correction, too.

The Power of Calm and The Expectation Trap classes can aid parents with teaching their families self-government and increasing family unity.