How to Help Your Kids Enjoy Doing Work | Meridian Magazine 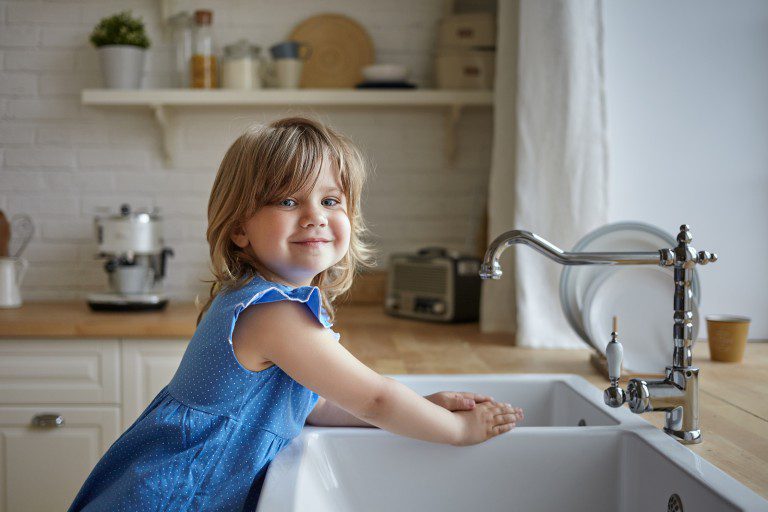 How to Help Your Kids Enjoy Doing Work

It’s all too common in many modern households to hear sighs, grumbling, complaining and whining from children when parents give reminders of daily work responsibilities, or when additional work assignments are given to children.

But, before we think this is the way children have always felt about doing work or that everyone should feel work is somehow one of the punishments of life, let’s take a closer look at work and its connection to human happiness, even childhood happiness. Then we’ll discover how to help children enjoy work, even if that work comes in the form of an extra job or negative consequence.

Work as a Means to Freedom and Happiness

Samuel Smiles, a philosopher/historian who live in the 1800s, said, “Work is one of the best educators of practical character…Work is…the living principle that carries men and nations onward…All must work in one way or another, if they would enjoy life as it ought to be enjoyed…All that is great in man comes through work, and civilization is its product. Were labor abolished, the race of Adam were at once stricken by moral death. It is idleness that is the curse of man — not labor. Idleness eats the hearts out of men as of nations, and consumes them as rust does iron…”

Smiles observed that a life of pleasure is servile, and a life of toil is princely. Labor used to be praised. “Pliny speaks of triumphant generals and their men returning contentedly to the plough…It was only after slaves became extensively employed in all departments of industry that labor came to be regarded as dishonorable and servile. As soon as indolence and luxury became the characteristics of the ruling class of Rome, the downfall of the empire, sooner or later, was inevitable.”

“Sloth never made its mark in the world, and never will. Sloth never claimed a hill, nor overcame a difficulty that it could avoid. Indolence always failed in life, and always will…It is a burden, an incumbrance, and a nuisance — always useless, complaining, melancholy, and miserable.”

“I dare boldly say: he or she that is idle…shall never be pleased, never well in body or mind, but weary still, sickly still, vexed still, loathing still, weeping, sighing, grieving, suspecting, offended with the world, with every object, wishing themselves gone or dead, or else carried away with some foolish fantasy or other.”

Smiles observed that slothful people are unhappy, but that those who work with their hands develop character, become the best leaders, preserve moral living, and have true happiness. This work/happiness principle applies to adults as well as children. The children who complain the most are usually also the laziest. But the ones who have skills and are not afraid of work are happy.

As well as being a key to personal happiness, work is the foundation of personal freedom in the form of the American Dream, which fostered more national freedom than any other political movement in history. When man can choose to become who he wants to become by working his body and mind, then he’s free from social and political suffocation. Hard work is a rare gift of personal power.

Work as a Negative Consequence

Part of the self-government approach to family communication that I teach is the importance of teaching cause and effect. This helps children take ownership of their own behaviors. To do this I recommend using extra chores as negative consequences. Do that instead of taking things away from children, or physically or emotionally manipulating them.

One of the most common questions I get regarding work is “Won’t my child hate work if work is used as a negative consequence? I want my child to like work.”

In recent years, a theory has been propagated that doing work as a negative consequence can make a person hate work. This simply isn’t true.

Parents can use whatever synthetic consequences they want and fit all their other parenting principles to those consequences, but we’ve found multiple reasons why work is best.

First, Smiles said, “work is the antidote for a sick character.” When a child won’t follow instructions or accept “No” answers from their parents, the child’s character is sick. The child is forgetting his role and the duty associated with it.

Third, of all the synthetic consequences we’ve ever used with children, extra chores create the least amount of anxiety and naturally increase confidence the most. They’re also the most merciful because they can be done quickly, allowing children to forget the negative moment in their life and move on. When parents take away a toy or friend time, or something like that for a simple instruction not being followed (like making the bed or cleaning the room), then the negative consequence has to follow children around for a long time — even when they already complied with the instruction and cleaned the room and had a change of heart. Once a chore is done, that’s it. Nothing follows them around all day to remind them how bad they were.

Fourth, work is only bad if parents present work as bad or think of work as bad themselves. We don’t consider work or negative consequences as bad at our house. Since we already work together for hours daily as a family and enjoy that time, and since we all have daily chores that are part of life, and since our children regularly take on large adult work type projects of their own accord, then when a little extra job is earned they don’t see it as bad. To them, it’s just a simple consequence that was earned that they need to acknowledge and quickly complete. Most times, it’s hardly even a burden to them.

When children have already been taught that work is good, then an extra job is the easiest and most merciful consequence they could have. So, a deliberate parent presents work positively to their children as part of their family culture in order for them to choose to like work. Even if parents don’t choose to use chores as negative consequences, they’ll want to make sure work is seen as a good thing at their house.

Of course, there’s always the chance that influences outside the family could always undermine this teaching. But if the family maintains its primary influence on the children’s heart, as it should, then the children will see themselves as strong and their peers who hate work as weak. That’s what has happened with each of my children. They just don’t see why some children think it’s such a big deal to do an extra chore.

But yes, we all have lazy moments. When my children get a bit lazy, they’re bothered slightly more by a chore. But then I know I haven’t been as consistent in having them work and do chores as I should have. This often happens when we get home from long vacations. There’s a post vacation laziness that has to be overcome.

Work is powerful. Work is royal. Work builds confidence and increases contentment, happiness and freedom. As a deliberate generation of parents we must assure that our children get the opportunity to learn cause and effect by being corrected. But we need to have our negative consequences be the kind that produce the most personal power of all. Work is the ideal negative consequence for this goal.

Click here to learn more about other skills children and parents need to learn to be good at working and communicating.

Have you checked out Busykid.com?