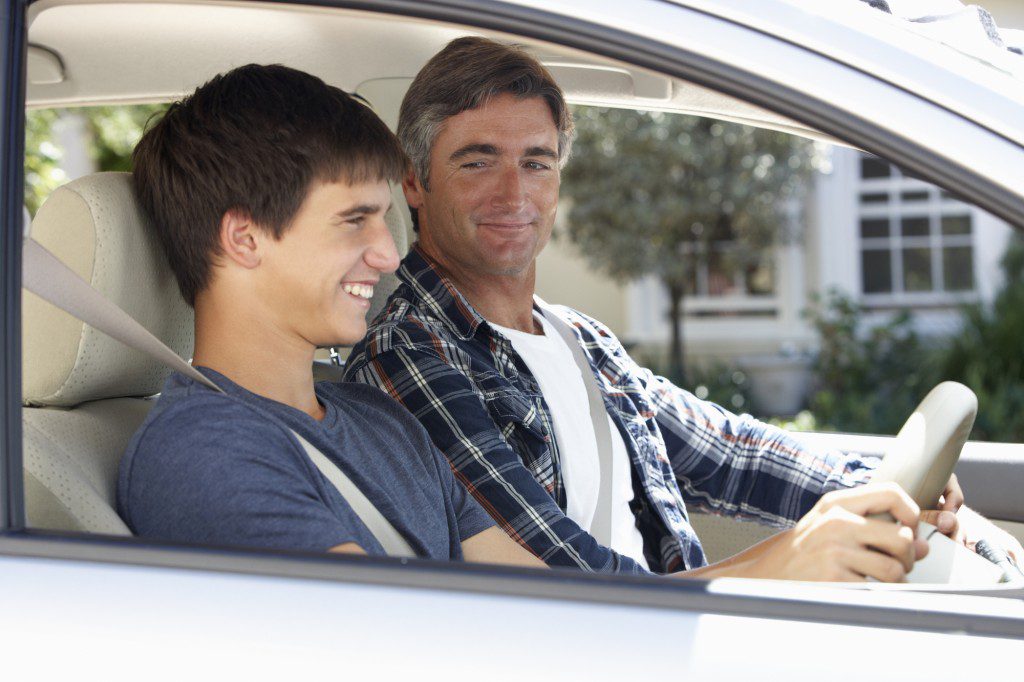 A central idea in the restored gospel of Jesus Christ is the understanding that each child of God is born with a moral sense—an ability to learn right from wrong and make choices about how to act. But who helps us to develop and cultivate that ability from childhood? And how can children be guided in that process?

As a father myself, the questions associated with how to guide my own children in their moral learning come up quite often. My baby boy walks over and pulls his sister’s hair. How do I handle that situation and teach him not to do so? One of my daughters gets mad and tells a neighborhood friend to “never come over here again”! Hmmmm – got any advice for me?

One of the foremost family scholars in the LDS community, Dr. Terry Olson, wrote a book chapter on this topic in a volume I edited called, Why Fathers Count. A long-time friend of mine and recently retired BYU professor, Dr. Olson wrote on this topic with James Marshall, another family scholar and therapist who is also his son-in-law. As I thought about this topic with Father’s day drawing close, I felt that this chapter offered some great insights on how fathers guide the moral learning of their children in a variety of ways.

At times I try to sit down with a specific child and share a particular lesson about a topic, such as honesty or fairness. I don’t think such lessons are unhelpful. After all, I still remember my dad’s lesson after I got my driver’s license and promptly ran into another car and did a couple thousand dollars worth of damage. However, I probably was more impressed at that time by how my own father acted (caring but firm) than with the words he said.

According to Terry Olson, a father’s “moral lessons” are of less importance for his children than his moral example and his relationship with them. In his examination of a father’s moral influence on his children, he suggests that what we do speaks much louder over time than what we say:

Although parents plan lessons for their children, it is their “unintentional influence” that has the most effect on a child’s moral development. “Children see value and meaning in the way parents discuss the future, read them stories, make decisions, share tasks, plan vacations, communicate with school teachers, respect grandparents, and respond to movies that illustrate compassion or revenge…Parents who wish to foster the moral dimension of their children’s lives will probably do so more during the unintended, unscripted, spontaneous times with their children.”

These and other principles are suggested as guideposts by which men might guide their thinking and actions as they interact with children.

It can be tempting at times as a parent to just try to control your kids and “MAKE them do what is right!” Or, simply, what you want them to do at a given time. “Power and control” techniques, however, sometimes work in the short run but usually cause more frustration, rebellion and difficulty for both parents and kids in the long run. One argument that Olson and Marshall make is that following gospel guidelines with regard to parenting, using kindness and care, results in a much greater power to guide children and freedom to help them learn more effectively.

“Fathers who are respectful and humane with their children enjoy a certain freedom that fathers who are harsh and inhumane do not,” notes Olson. “They are not trapped by their own view of the world into living the life of a dictator who is in fear every moment of being toppled by a superior power.”

The authors also argue that while a man may experience challenges that threaten to diminish his moral influence (such as stress, disappointment), what matters most is not the intensity of the threat but his response to it. Children, they argue, learn more from a father’s responses to challenge than a well-delivered sermon.

Fathers as “Bridges to the Community for Children”

Olson and Marshall emphasize that “fathers are bridges to the community for children,” and so their example of moral living in the community teaches children about living with others. They cite the example of a father whose son was playing in a competition soccer match and the opposing team took a shot at the goal. The referee, unable to see whether the ball had entered the soccer net, asked the father where the ball had gone and was told that the opposing team had, actually, scored. Then the boy’s coach came up and asked the father, “Why did you tell him that?”

I watched a recent video clip with Clayton Christensen, of Harvard University, in which he notes the observation of a Chinese scholar and friend that life in a free society is ordered by the willingness of citizens to voluntarily live by moral rules and obey the law. Whether in family relationships or civic life, moral choices give us freedom to experience peace or punishment.

What has been called “obedience to the unenforceable,” the command of the Savior to be kind without being compelled, in essence, reflects the learning of right and wrong. Fathers, who live and love their children in many different situations, all have the ability to be a bridge in teaching moral living to those children.