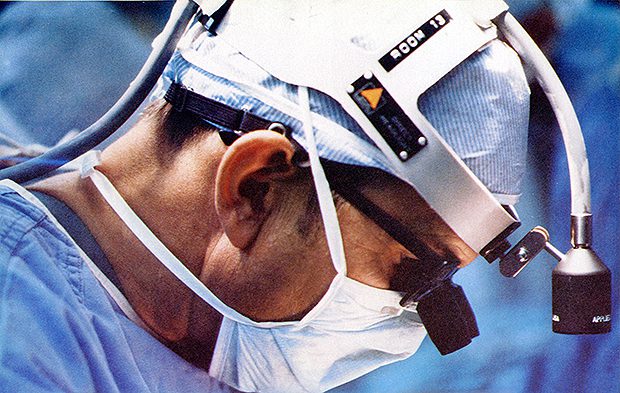 Get to Know President Russell M. Nelson, a Renaissance Man

In the fall of 1965, Russell M. Nelson—a surgeon and Salt Lake City stake president—made several trips to Illinois to look into an attractive and generous offer to head cardiovascular and thoracic surgery at the University of Chicago.

He and his wife, Dantzel, selected a neighborhood where they could raise their nine daughters (the Nelson’s 10th child, a son, was born later) and contemplated the professional and research opportunities the job would afford. One evening they enjoyed dinner with a young University of Chicago law professor, Dallin H. Oaks, and his wife, June. As the couples ate dinner in the Oaks’ home and spoke about the Church in Chicago, a lasting friendship formed.

“Of course we did everything we could to persuade him to accept an offer that we knew was being extended,” recalled President Oaks, then a counselor in the Chicago stake presidency and now First Counselor in the new First Presidency, of the November 21, 1965, dinner.

Before accepting the position, however, Dr. Nelson sought and received advice from one additional source. He met with then-Church President David O. McKay.

“He was recruited very aggressively” by the University of Chicago, explained Elder Jeffrey R. Holland of the Quorum of the Twelve Apostles. “He would be made head of the department. He would have a salary through the roof. They would pay for all of his children’s education, wherever those children went on the face of the earth.”

But he turned the offer down.