Freedom to Worship vs. Freedom of Religion in U.S. Naturalization Test | Meridian Magazine 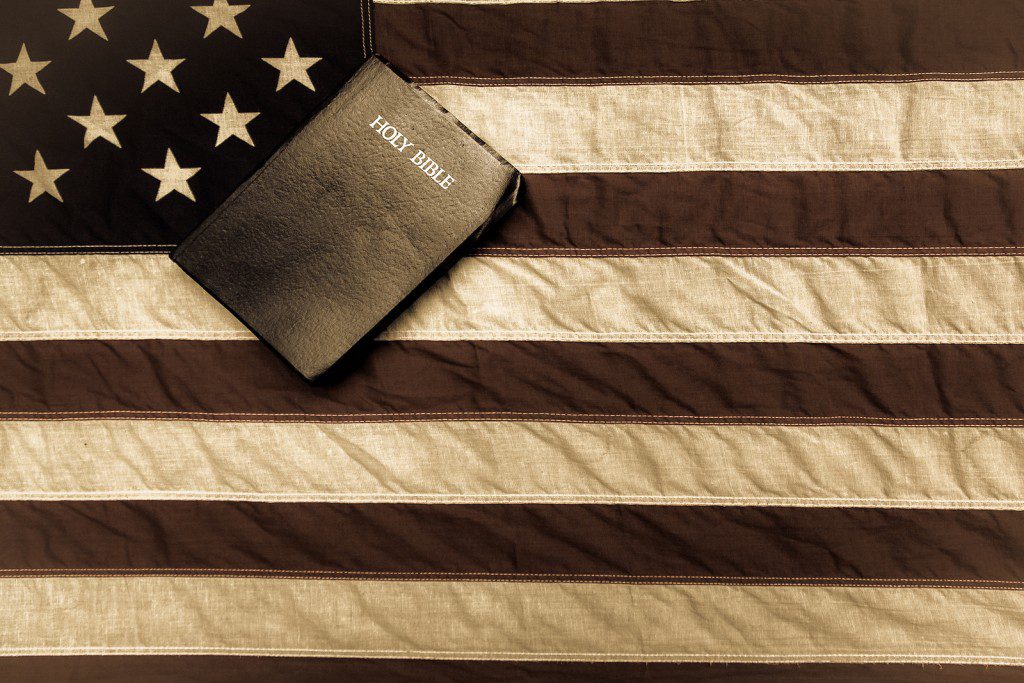 Freedom to Worship vs. Freedom of Religion in U.S. Naturalization Test

A trend has been growing to refer to our first freedom—the freedom of religion—with the watered down phrase, freedom to worship, which means something very different and limited. It has come to our attention that in the U.S. naturalization study materials and exam, that this freedom is also listed as the diluted “freedom to worship.”

In recent days, I have joined with 67 other leaders of national organizations and journalists to send a letter to the Department of Homeland Security outlining this concern. The letter reads in part:

We…write to you with deep concern about the wording of the answer to question 51 on the study materials for the civics portion of the naturalization exam. The question asks students to provide two rights guaranteed to everyone living in the United States, and listed among the possible correct answers is “Freedom of Worship.” We write to you requesting that this answer be immediately corrected to the constitutionally accurate answer—“Freedom of Religion.”

We believe that the wording change we are requesting represents much more than a “distinction without a difference.” Many totalitarian forms of government have allowed for the Freedom of Worship in their governmental documents but in practice severely restricted individual religious freedoms. The phrase Freedom of Worship, as it has been used throughout history, articulates an intentionally limited freedom that restricts a citizen’s rights to the four walls of a government-sanctioned house of worship and only for specific times and events.

This certainly is not how our Founders envisioned the intrinsic rights of all Americans secured by the Constitution. The use of the phrase Freedom of Religion accurately represents the broad freedom guaranteed to every citizen—religious and non-religious alike—to live life in the public square according to the dictates of conscience or religious sensibility. Freedom of Religion is wholly different from Freedom of Worship, in that the former is broad and robust and the latter is narrow and limited.

As a student of history and law, we expect that you already know of the multitude of quotes by our Founders articulating the important differences between these two ideas, so we do not offer them to you to support our case. However, this important distinction is so thoroughly part of the American identity that we want to share with you the words of our First Lady when she called the attendees of the African Methodist Episcopal Church gathering to greater civic involvement.

“Our faith journey isn’t just about showing up on Sunday for a good sermon and good music and a good meal. It’s about what we do Monday through Saturday as well….Jesus didn’t limit his ministry to the four walls of the church, He was out there fighting injustice and speaking truth to power every single day.”

We agree with our First Lady and trust that you see the importance of properly articulating this important distinction. We request that the change be made as soon as possible wherever it appears in the naturalization process but especially in the study materials, so that those preparing for and taking the naturalization exam can have an accurate understanding of the foundational freedoms so beautifully expressed in our Constitution.

I thank you for not only this article but all that has been published recently on Meridian Magazine regarding our First Amendment Freedoms. It has been outstanding. The First Amendment to the United States Constitution reads: “Congress shall make no law respecting an establishment of religion, or prohibiting the free exercise thereof...” The exact wording ‘Free Exercise of Religion” as opposed to simply "Freedom of Religion" needs to be emphasized. Freedom of Religion could just mean you can choose your religion but it still doesn’t clarify the right to exercise religion (employ, effect, apply, implement, bring to bear) in the daily affairs of life as we speak up and influence moral values, not just in the home or place of worship but in the public square.

I freely exercise my religious beliefs!