For Babies with Down Syndrome, Quality of Life Looks up | Meridian Magazine 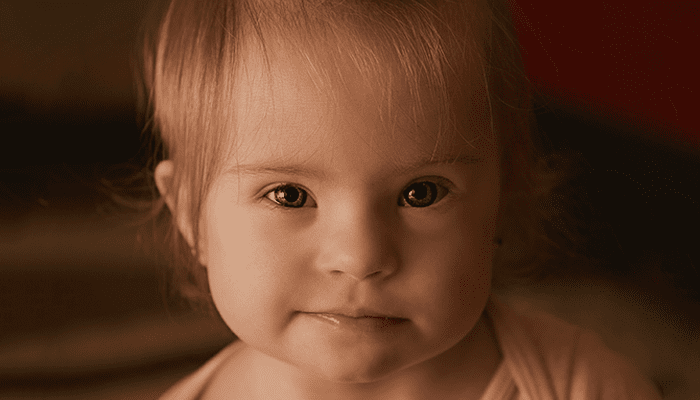 For Babies with Down Syndrome, Quality of Life Looks up

No child is perfect. And after three years of loving a daughter with special needs, no one could be happier about that than Courtney Baker. There was a time when she, like so many women around the world, wondered if she should even go through with her pregnancy. Looking back, her heart wrenches at the thought. Little Emersyn Faith, diagnosed with Down syndrome, has been one of the most unexpected joys of her life.

It almost wasn’t so. When the diagnosis came back, tears streamed down Courtney’s face. In the face of news that would change her family’s life, her doctor said there was something she could do — abort. Terrified and in complete despair, she and her husband considered it. In the end, they couldn’t go through with it. Her doctor thought the decision was naïve — and a year and a half later, Courtney told him exactly how wrong he was. In a powerful letter that’s been shared the whole world over, she talked about a friend whose son also had Down’s. “I told you,” that doctor had said when he was born. “He’s perfect.”

“I wish you would have been that doctor,” she wrote. “I came to you during the most difficult time in my life… But instead of support and encouragement, you suggested we terminate our child. I told you her name, and you asked us again if we understood how low our quality of life would be with a child with Down syndrome. You suggested we reconsider our decision to continue the pregnancy…”

“I’m not angry. I’m not bitter. I’m really just sad… I’m sad you were so very wrong to say a baby with Down syndrome would decrease our quality of life. But I’m mostly sad you’ll never have the privilege of knowing my daughter, Emersyn. Because, you see, Emersyn has not only added to our quality of life, she’s touched the hearts of thousands. She’s given us a purpose and a joy that is impossible to express. She’s given us bigger smiles, more laughter and sweeter kisses than we’ve ever known. She’s opened our eyes to true beauty and pure love… My prayer is that you, too, will now see true beauty and pure love with every sonogram.”

There are thousands of moms like Courtney, who couldn’t imagine life without the blessing of these smiling happy kids. In places like Iceland, most families will never know that joy. Instead, the country is intentionally targeting these innocent little lives for abortion. Close to 100 percent of the country’s women are choosing to end their pregnancy, thanks in large part to the pressure they feel from doctors. CBS covered the story as if it were a national triumph, insisting that Iceland was leading the world in “eradicating Down syndrome birth.”

But Iceland isn’t eradicating a disease – it’s eradicating a people. And a growing number of people know it. In states like North Dakota, Ohio, Utah, Indiana, and Louisiana, leaders are doing everything they can to stop this new form of genocide from making its way to America. After Iceland’s radical approach started making headlines, there’s been a surge in local bills that would outlaw abortion “solely” because the baby has Down syndrome. The Washington Post calls the idea “controversial” — a view it shares with the abortion lobbyists at Planned Parenthood. As far as they’re concerned, targeting a baby because of its race, gender, or even disability is just another “personal decision.”

But ultimately, this is about a lot more than babies with Down syndrome. When society moves toward a more utilitarian view of life, where does it stop? Today, it’s children with Down syndrome — tomorrow it’s seniors with dementia. Once you lose the moral foundation that says people are valuable because they’re created in the image of God, anything’s possible. Iceland is the perfect example of what happens in a secularized society when religion is pushed from the public square and policymaking. Americans can’t afford to let that happen.

And yet, we’re already on our way. Studies show that anywhere from 67-90 percent of children with Down syndrome are killed through abortion here in the U.S. As President Trump said last October, “Sadly, there remain too many people — both in the United States and throughout the world — that still see Down syndrome as an excuse to ignore or discard human life. This sentiment is and will always be tragically misguided. We must always be vigilant in defending and promoting the unique and special gifts of all citizens in need. We should not tolerate any discrimination against them, as all people have inherent dignity.”

Some people have been led to believe that children or parents like Courtney will have a poor quality of life. But a survey released a few years ago found quite the opposite. It showed that adolescent children with Down syndrome are actually very happy — off-the-charts happy compared to the average teenager. And of all those parents who followed through and had their children with Down syndrome, 79 percent said their outlook on life was more positive because of their child. They understand what more people should: there are no special needs — only special gifts.