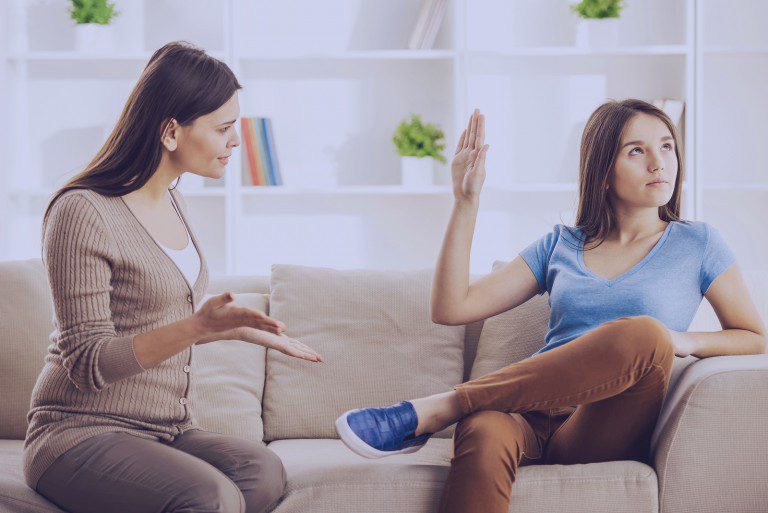 Fighting Over The Judgment Seat

In the 19 years I’ve been teaching parenting self-government skills, I’d never heard the word “war” used for a classroom or home. I suppose we soften terms used for domestic conflict and child rebellion in the United States to make them seem more commonplace. I suppose we think of disrespect and selfishness as normal stages of development, even though that hasn’t always been the case.

Last week’s youth paved the way for yesterday’s teenager, who has now empowered today’s young children to disrespect their parents by making demands and even telling their parents what to do.

Historically kings, queens, judges, priests and parents sat in the judgment seats of the land, churches and homes. Today there are “wars, and rumors of wars” in our nations, states, communities, churches and homes because the righteous judges aren’t being upheld. It has become popular to try to take over the judgment seat by telling those in authority what and what not to do.

Taking over the judgment seat has always been attractive for power seekers. Throughout history corrupt or power-hungry individuals have usurped the power of the judgment seats of other lands. England would hardly have a history without stories of family feuds over titles and lands, taking over church leadership and controlling worship of families. Likewise, the Old Testament is full of contentions, wars and righteous and unrighteous judges.

A righteous parent, king or judge desires in their heart to follow the ways of God. In homes around the world, judgment seats are being taken over by children who aren’t concerned with the ways of God but with the ways of the world. The scriptures say, “For my thoughts are not your thoughts, neither are your ways my ways, saith the Lord.” (Isaiah 55:8)

Why are children taking over their homes and parents? First, children are disconnected from home and family because they are too connected to social norms, peers and digital devices. Second, families are falling away from righteousness. When parents embrace their own ideas as ultimate truth, children follow suit and think their ideas are also the ultimate truth. This naturally leads to family conflict. Only when a family follows God’s ways will they be unified in purpose and action. Third, parents are second-guessing their authority.

The world has filled parents’ heads with plans to empower, inflate, entertain and be competitive with their children. Parents aren’t told to correct their children. In fact, when parenting gets rough, most parents just back off and join another sport, like online shopping. Parents have given up their parental authority, which is the same as giving up their judgement seat.

Without a righteous leader in the judgement seat, the people or family will perish. “Napoleon Bonaparte was accustomed to say, ‘the future good or bad conduct of a child depended entirely on the mother.’ ” (Character by Samuel Smiles)

Napoleon was a strong-willed child. It was said he was dutifully controlled by his mother, who taught him to value obedience. He knew she saved him from self-destruction as a child. Her influence must have been great because he noticed the lack of her influence years prior to the first French Revolution. When Napoleon “said that the great want of France was mothers, he meant, in other words, that the French people needed the education of homes, presided over by good, virtuous, intelligent women.” (Character by Samuel Smiles)

The first French Revolution showed what happens when children are neglected by their mothers. Samuel Smiles said of the time, “Morals, religion, virtue were swamped by sensualism. The character of women had become depraved. Conjugal fidelity was disregarded, maternity was held in reproach; family and home were alike corrupted. France was motherless; the children broke loose; and the revolution burst forth, ‘amidst the yells and fierce violence of women.” (Character by Samuel Smiles)

This description of the French Revolution is ominously familiar with modern times. Where are the mothers? Where are the fathers? Fathers also have a role in history, even though the examples used here are specifically about mothers.

The world must have mothers. It must have judges to fill its judgement seats. We can’t turn over those sacred posts to unrighteous judges/children or “heathen mothers”/society. We must preserve and protect the role of parents in order to save the children.

Dr. Gordon Neufeld observed, “For the first time in history, young people are turning for instruction, modeling and guidance not to mothers, fathers, teachers and other responsible adults, but to people whom nature never intended to place in a parenting role — their own peers… Children are being brought up by immature persons who cannot possibly guide them to maturity. They are being brought up by each other.” (The Collapse of Parenting by Dr. Leonard Sax)

Children are still born to parents and have homes and schools, but those homes, schools and sometimes even parents have different priorities. Modern parents are chiefly concerned with their child’s social life, self-esteem and enjoyment. In fact, many parents are still enjoying their childhood, too. Youthfulness is all the rage, even among adults.

“When culture values youth over maturity, the authority of parents is undermined.” (The Collapse of Parenting by Dr. Leonard Sax)

To stop the wars in our homes, schools and societies, we must preserve parental authority. Parents, especially mothers, have a unique opportunity to mold the hearts and minds of their children and the world. We can’t turn that sacred role and judgement seat over to children, peers, “heathen mothers” or the world. The first step in preparation for war is deciding who the commander is. With a righteous commander the war will end soon and favorably.

We live in a time of “wars, and rumors of wars.” The way to win the war is to claim the judgement seats in our homes so that we can raise a generation of righteous people to hold back the tides of selfishness.

Learn how to set up a self-governing environment here.

Leslie, I appreciate your ensightful comment and agree. I see the same trend. I recall my chldren using the “judge not” to try to get out of trouble. I like the empowerment the author gives to parents.

This definitely gives new insight into great leaders such as King Benjamin, King Mosiah, Captain Moroni, Alma, Nephi and Jacob. How they governed is a road map for us as parents in governing righteously in our homes. Too many parents don’t want to be the “bad guy” and have their children upset with them. They favor the role of being a peer like friend as opposed to a parent role-which is more difficult. The Family: A Proclamation to the World is needed now more than ever as a guideline to righteously governing in our homes.