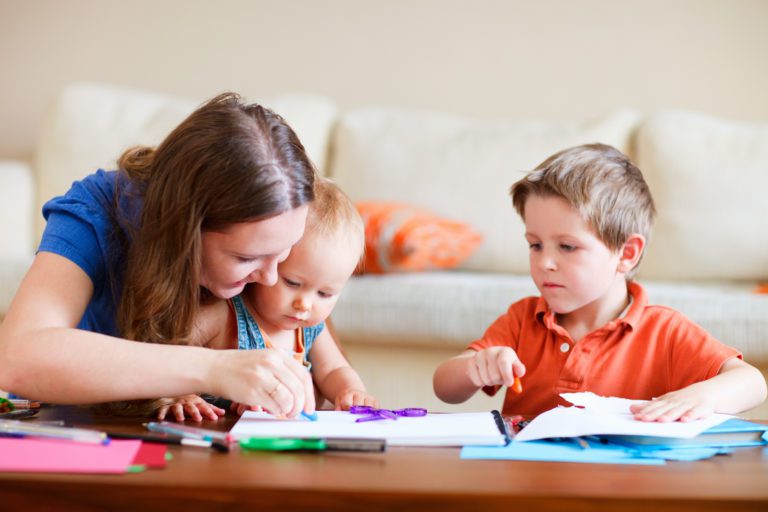 While flying 23,000 feet above the earth through clouds and sky the world looks a bit different. The small aircraft is surrounded by parts of the atmosphere. While on the ground it is easy to think of earth as separate from atmosphere even though any science class would prove otherwise. But in the air in a small vehicle that is fairly vulnerable to the elements and the air currents and clouds, it is easy to feel at one with the atmosphere. At this height the plane is part of the sky and dependent upon the atmosphere for safety and direction.

Just like an aircraft in the heavenly atmosphere of clouds and gases is dependent upon the atmosphere for safety and direction, children are also atmospheric travelers during their stage of life.

Indeed, all people to some degree are likely atmospheric, but some adults are able to successfully create their own atmospheres despite the current trends, fads or media messages that surround them. These adults are the deliberate kind of individuals who find principles and feel duty-bound to follow principle instead of pop culture or trends.

Children can learn to be these kinds of adults too, but while they are children they are very dependent upon the atmosphere that surrounds them for their learning and development.

When observing the development of babies, it is easy to see them learn from their environment. The young ones who have parents who talk to them often become early talkers. The babies who are surrounded by children who hit and bite, soon learn to hit and bite. And babies who are left in front of a TV are soon very happy being disconnected from people and connected to screens instead.

Luckily, the atmosphere of love, respect, forgiveness, work, good communication, feeling valued, and education will still create a child who exemplifies all of these things. Good atmospheres are equally as powerful as damaging ones.

One of the biggest destroyers of the current social atmosphere children are raised in is entitlement. There are two kinds of entitlement problems that parents all over the world are dealing with, and the second problem is far worse than the first.

The first, most obvious, entitlement problem mindset society continues to push is entitlement to things. Never before in the history of the world have there been so many things. Innovators and technological geniuses have blessed us with more gadgets and machines than we could ever use in a lifetime. The world is full of interesting stuff. Adults want this stuff, and so do children.

Children have always looked in shop windows and catalogs for the newest toys or inventions, but now the lists of inventions is changing by the month and the children are demanding to keep up with the latest. It doesn’t help that popular culture seems to have embraced the idea that children must have this stuff or they will not grow up properly or safe. The truth is children will grow up very well without gadgets and devices.

The second entitlement problem mindset our society has taught is far more concerning than the first entitlement issue that is primarily a consumer trap to buy. The second mindset is that the children believe that they deserve to be treated with adult-like respect by their parents and other adults. Children used to respect and learn from adults, and now impertinent kids are demanding respect from parents and are wanting to be the leaders of their parents.

There is no blanket answer for why this has happened because there are so many unique families with unique mindsets and circumstances. But, there are a few really dominant trends that seem to be causing this entitlement problem.

First, let me be clear about respecting children. Children should be respected. But respect means to regard or reverence the person’s role. If a child is respected as an adult when they are still a child, it actually disrespects and disables the child. Children need to be respected as children, which means adults need to teach them, correct them, forgive them and love them.

The dominant trends leading to children feeling entitled for adult respect are: parents don’t want to have the responsibility of a parent so children feel the lack of a leader, we no longer teach children to turn to their parents for answers and teaching, and the world seems to see children as needing protection from adults; even parents.

There are many parents who don’t want to have to grow up and be parents. The media masterfully shows actors and actresses who never grow up and who behave as teenagers even though they are supposed to be the wise adult character in the situation. This never-grow-up idea, that started with Peter Pan, is enticing to adults and they can’t help but hope for eternal youth and vitality.

To buy into these ideas is to buy a lie and to set themselves up for a life of disappointment. Adults today have what Mark Wanstall calls, “…the emptying out of the adult identity.” This lack of identity leads children to feel abandoned and to take drastic often impulsive measures to get their needs met.

Back in the days of “Leave it to Beaver” and “Little House on the Prairie” parents were the source of wisdom and the solution to all of life’s problems. When trouble came, the children would try to figure it out on their own, but would ultimately have to talk to their parents for the problem to be fully addressed and solved. Sure there were some adults presented, like Harriet the shop keeper’s wife in “Little House on the Prairie”, who ended up causing problems sometimes, but the wise Ingalls’ parents never fell for the social traps that Harriet fell for.

Now days, the media frequently portrays parents as old fashioned, clueless, uncaring, and selfish at best. Often parents are even seen as abusive or cruel. The message is that children need to get away from parents for safety.

Now, certainly there are some very sad cases where parents have violated the trust and conscience of their child by not protecting the child or even abusing the child, but by and large these cases are still very rare in comparison to the number of families who are working diligently to teach and love their children during all of life’s challenges. Parents are the first most reliable line of defense for youth.

As a society, instead of focusing on finding the best way to outsource parenting, by creating activities, friends, classes or call centers, we should be focusing on strengthening parents and teaching children to go to their parents for help and instruction.

It is popular to hear talk about child rights. The word right means “a just claim”. Some of the rights mentioned in social circles are rights to cell phones, rights to sexual privacy, rights to not go to church, rights to any media they want, etc. In the United States these rights do not legally exist. In fact the only right that children have besides the usual constitutional rights is the right to parents. They have a right to know who they are and to be raised by the people who brought them into the world, if at all possible.

Of all these rights listed, this is the only right that is a just claim as the other rights listed would actually undermine the right to have parents teach and raise the child the way they see fit for moral upbringing and safety.

Children learn from their atmosphere. Until their problem solving and analytical parts of the brain are fully developed in early adulthood, they have no other choice than to be atmospheric creatures and learners.

Since this is the case, we must make a special effort to make sure we know what messages are being taught in the atmosphere the child is in. The atmosphere includes school, with friends, online, and in books, music and other media.

We need to be there, looking deeply into the atmosphere and teaching the children what is truth and what is fiction. This is the only way we help protect their identities from ideas that would confuse them about who they are and who they are supposed to be in the family and the world.  When they are secure in their identities they will be happy and contribute to family and society, instead of developing entitlement issues.