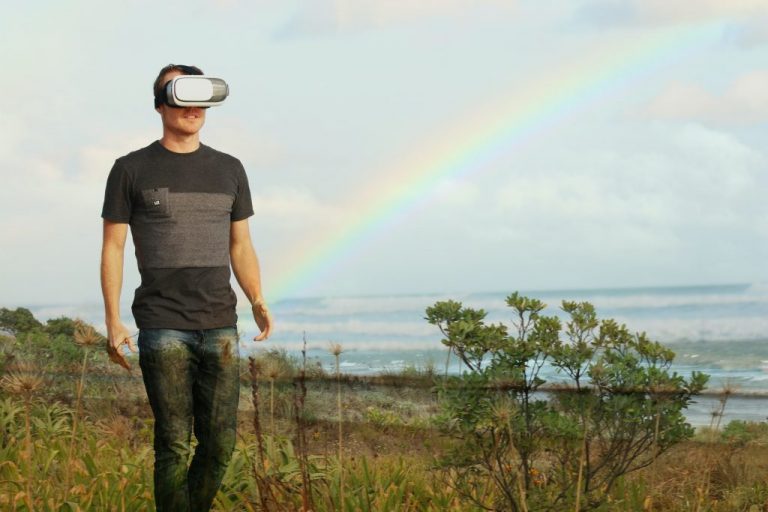 Don’t Just Plan for the Future. “Provoke” the Vision

Somehow, our world seems to be getting more complicated.

Technology and data collection are advancing at an accelerated rate.

Cultural issues are animating people of every political stripe.

Governments at multiple levels are enacting laws and regulations that affect nearly every facet of our lives.

Are you running a business? In the face of uncertainty, it’s critical to take action to provoke the future you want.

You need to identify important inflection points earlier than others, then shape trends to your advantage rather than wait for the change to arrive.

Geoff Tuff and Steven Goldbach show the way in Provoke: How Leaders Shape the Future by Overcoming Fatal Human Flaws.

In Provoke, they explain how many people are naturally wired to “wait and see” when faced with uncertainty, and how taking action can create a better future that’s an advantage to business and society at large. The best leaders, they say, don’t just respond to trends that are already clearly visible, they move faster than their peers to identify and shape important inflection points. In other words, the best leaders don’t wait for the future to arrive, they provoke it.

Geoff and Steve provide valuable insight on how to be a future-grabbing provocateur.

Rodger Dean Duncan: What observations (including scientific findings) provoked you to write this book?

Tuff: In our interactions advising clients, we’ve had a consistent and pervasive observation—most business leaders tend to respond to uncertainty by demanding “analysis” from their organization. Analysis requires data and data is, by definition, retrospective. So, these executives are asking their organizations to look backwards. That is exactly the wrong instinct when trying to manage the uncertain future. Just to be clear, we aren’t offended by data. But when you look at data from the past and rely on it to make a choice for the future, you’re making a bet that the past is representative of the future. That just doesn’t feel like a good bet to us.

Interestingly, nearly all business leaders agree that we are, and have been even pre-Covid, living in a period of unprecedented and increasing uncertainty. But we have never seen as much analysis and data-gathering as we do at our clients these days; something’s off. So, we’re seeking to change the gut reactions of current and future leaders to something that is more appropriate for the time we live in.

We believe that acting, or what we call “provoking,” is a much better instinct for these uncertain times because it promotes learning about the contours of the uncertainty. For example, you’ll learn a lot more about the degree to which consumers will change existing patterns of behavior by putting out an offer in the market and seeing actual consumer responses versus surveying or studying past behavior patterns.

In the early days of Uber, one thing they did that is consistent with this approach is pay drivers to be on the road to learn how customers would react to a real-world offer. It’s so much more precise than theoretical surveys or looking at the past, and it has the benefit of giving you a head start.

Duncan: What influence do you think the Covid pandemic has had on business leaders’ willingness to “take chances” on the future?

Goldbach: We hope the lesson isn’t about taking “chances” but rather making informed choices based on evaluating the possible ways the future might unfold. We make this distinction because phrasing it as ‘taking a chance’ implicitly suggests that there is more risk in doing something different than maintaining the status quo. We think the opposite. In a world that is moving rapidly, we believe there is more risk in doing the same thing you’ve done.

Our hope is that the Covid pandemic demonstrates the clear value of imagining how the future could be different than a linear extension of the past. Very few leaders spend time envisioning the future and challenging their organizations with scenarios that aren’t rosy for the organization. Yet it’s these organizations that were better prepared to implement plans when Covid hit. Even if they hadn’t specifically contemplated pandemics, the practice of contemplating other disruptions—for example, the possibility of what might cause a collapse in air travel—might have led them to at least ponder the variety of possible causes of such an outcome. And if nothing else, we are finding that the pandemic has made the whole concept of uncertainty and what it means to manage in the face of it much more visceral for all leaders.

We feel proud that we had envisioned such disruptive scenarios at Deloitte. As a result, we had made different choices about how we configured our large workforce in India. They were issued laptops, not desktops, and they also had the ability to purchase home internet access. We ran drills reminding them to take their laptops home at night. When the pandemic hit, we were able to quickly move to remote work in India without missing a beat, whereas many of our competitors had to scramble to replace desktops and figure out internet access for their workforce. In the short term, this allowed us to both win new work and demonstrate to current clients the value of working with us.

Duncan: Systemic inaction, you say, deprives many organizations of high performance and growth. What are the most common practices or behavior patterns that contribute to this inaction?

Tuff: We think it’s important first to characterize “systemic inaction.” To us, that means reluctance to act in the face of an emerging trend, likely relevant for your business, that is in the early stages of evolution (so still subject to forces that could shape it) and which is caused by a system failure. Unfortunately, most businesses utterly miss important early signals because a system of human cognitive biases coupled with organizational tendencies conspire to create the equivalent of blinders, effectively narrowing the organization’s peripheral vision. So, in the early phases of an emerging trend, they miss it entirely. Then, when it pops into view, cognitive biases tend to cause leaders to deny the trend. It’ll never be big, it’s not real, it’s only in a certain city, etc. As it grows, the tendency is to start to “study” the trend – usually over-analyzing it, and then, eventually, the response is tepid, putting paltry resources against the (still remote) possibility that the trend will impact the organization.

Let’s go back to the cab market in New York City. How long after the entry of Uber and other ride hailing/sharing services did it take for that market to add the relatively simple technology of hailing a cab from your phone? Years. And how long did it take for that market to have a predictable, knowable price from the start of the trip? Years. And nothing has been done yet about the quality or general cleanliness of the vehicles. So, despite obvious consumer preferences, that market has behaviorally denied these trends. And they’ve suffered accordingly.

Duncan: To what extent can FOMO (Fear of Missing Out) provoke a leader to plan for the future?

Goldbach: We wish something as catchy as FOMO could provoke leaders to plan for the future. Unfortunately, it’s unlikely to be sufficient. The basic reason is that FOMO exists only when something is concrete enough to fear missing out. By the time this is the case, you are likely well down the path of having missed the window to respond and will have fewer options. Human biases make it less likely to have FOMO about something that has weaker signals.

FOMO is more likely to create the bandwagon effect once it’s patently obvious the trend has moved from being a matter of “if” it’s going to happen to being a matter of “when” it’s going to happen. Take the streaming market. Over the last few years, nearly every major media company has entered the market with their own brand of streaming service. We think streaming was a “when” quite a while ago, but now it’s so much of a ‘when’ that there is no choice but to enter. Of course, those entering late will face a tougher challenge differentiating from the pack.

Duncan: Many so-called strategy meetings seem to cover the same ground over and over without settling on a move-forward plan. What are the keys to avoiding this Groundhog Day behavior?

Tuff: We agree that most strategy meetings—and processes—are poorly run. The biggest challenge is the calendarization of strategy. It’s November, so it’s time to do strategy. We’ll get all the management team together and talk about the trends and prospects for our business, and then we’ll do a dog-and-pony show with the Board to show we have all of our ducks in a row. Unfortunately, competitive realities don’t always conform to the earth’s rotation around the sun. We might actually need to make choices and shift our strategy off-cycle.

A good way is to start with a simple question—what would need to be true (about our customers, about our competition, about our talent, etc.) for what we are doing today to be the right course of action for the future? Usually, answering this question demonstrates that there are things about the world that we’d need to believe that are evidently not true. That should provoke the consideration of other possibilities about what we might do that better conform to the realities that we face—continuously exploring new ground instead of living Groundhog Day